I have always had a passion for travel, from a young age I enjoyed exploring New England with my family. This evolved further when in 2011 I had the opportunity to live with a family just outside of San José, Costa Rica, working on a conservation project and opening my eyes to the wonders of Latin America. The diversity of landscapes, culture amazing wildlife and of course the people has drawn me back over and over again.

With Audley I have been able to use this passion to design trips and inspire travel through Central and South America from Belize to the Galapagos Islands. I have also had the privilege to experience the far ends of the earth with Audley, exploring Antarctica and the Arctic in recent years. Needless to say this has only inspired my passion for travel further.

My most recent opportunity has come from a little closer to home in the form of the Caribbean. It has given me the chance to connect people with the perfect island experience, whether you want rich culture, beautiful snorkelling and diving or just finding the perfect location to kick back on the beach and forget it all. 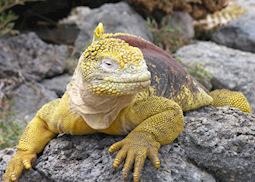 There really is no other place like it in the world. As I wandered the Galapagos Islands it was hard not to think about myself as an animal among animals. I felt spoiled looking around seeing all the wildlife the land, air, and sea had to offer. Each island had its own distinct feel; the red, brown, black colors of the sands, the landscapes changing from volcanic craters to flat lagoons, and all the while littered with wildlife just as wild as you would imagine. The animals of the Galapagos have evolved not to fear humans which allows for connection to amazing wildlife, including the overly curious sea lion, just feet away. Be mindful of where you are or you may trip over one of the thousands of marine iguanas or find your snorkel mask being pecked by the incredible flightless cormorant. The species are abundant in the Galapagos and the amazing sunset of the equator leaves the perfect time to reflect on every fortunate day spent in this mystical land. 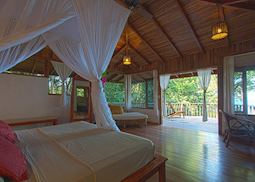 On a recent trip to Costa Rica I was lucky enough to head to the most remote piece of lowland rainforest in the country. The wild Osa Peninsula, situated in the southwest of Costa Rica, offers all of the wildlife opportunities one could imagine. The El Remanso Lodge set far off in the cliffs of this jungle, maintains its pure nature aesthetics while allowing for incredible service and comfortable accommodation. The big birds swarm the property at dusk. Scarlet macaws sweep over the valley, searching for the nut bearing trees close by while toucans and their large bills perch on branches and call to each other while the sun sets over the Pacific. The large private reserve set next to Corcovado National Park allows for waterfall repelling, canopy walks, and relaxation in the natural hot tub tidal pools down by the beach. This 100% sustainable property operates on pure solar and hydroelectric power. They truly practice what they preach at El Remanso, the perfect destination to get away from it all and partake in an authentic rainforest experience.

We had been told that there had been whale sightings around the boat but at quite a distance. The guides had spotted them and even though the Galapagos was spoiling me with wildlife, I still wanted the chance to see these giant creatures. Awaiting the last snorkel of the trip, overlooking the stunning Punta Vicente Roca in Isabela Island, two masses had shown themselves in the distance; Orcas had decided to join our trip, my childhood favourite animal.

The pangas raced after them as I joined ten others in the water. It was incredibly clear and upon first dip I was greeted by three large manta rays swimming out into the blue. While all the snorkels are special, this one blew me away. The cove was littered with wildlife. A sea lion dipped and dove between the rocks, Galapagos penguins shot from left and right within inches of my face, beautiful fish and rays blanketed themselves among the coral. I looked around trying to take mental pictures of everything and as I glazed over the floor I realized we had stumbled upon a special place. Thirty sea turtles found this spot as appealing as we did, some lay still sleeping while others dipped around the swimmers. It was an underwater paradise and an experience I never could have dreamed of.