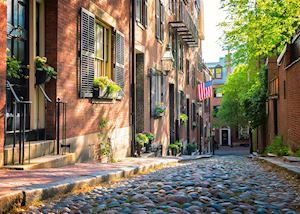 Lobster rolls and chowdah: what to eat in Boston 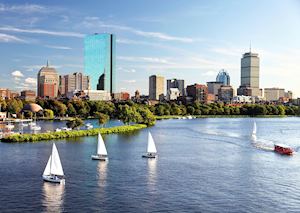 For a look at the city’s cutting-edge cuisine, the Boston Public Market offers an eclectic array of ever-changing booths. You could potentially try banh mi sandwiches, locally caught cod, gourmet doughnuts and award-winning ice cream, all in one visit.

The multitude of schools gives the city a youthful and energetic atmosphere — and a large number of bars. It also creates a deep intellectual vein that manifests in some exceptional museums, including the Isabella Stewart Gardner Museum, the John F. Kennedy Library and the Museum of Fine Arts.

This sample itinerary will give you an idea of what is possible when you travel in Boston, and showcases routes we know work particularly well. Treat this as inspiration, because your trip will be created uniquely by one of our specialists.