This new city, a product of China’s recent boom, is the regional transport hub and a useful base for exploring the surrounding region.

There is a handsome museum of local history in the city, but otherwise it is as it seems: big, brash and brand new.

Xinjiang's northern half extends for 1,000 kilometres, right up to the borders of Kazakhstan, Mongolia and Russia, encompassing the western end of the Gobi Desert, vast grasslands along the Mongolian border, huge areas of deciduous forest and Hanas Hu, a marvellous alpine lake set among the Altai Mountains.

The nature reserve here is one of China's most pristine natural environments, home to more than 100 species of birds. At the northern tip of the reserve is Mount Belukha, 4,506 metres high and permanently snow-capped.

The desert far below also has its scenic highlights and the cities of Karamay and Qitai are home to amazing mudstone and shale formations formed by wind erosion and encircled, high above, by eagles and falcons. 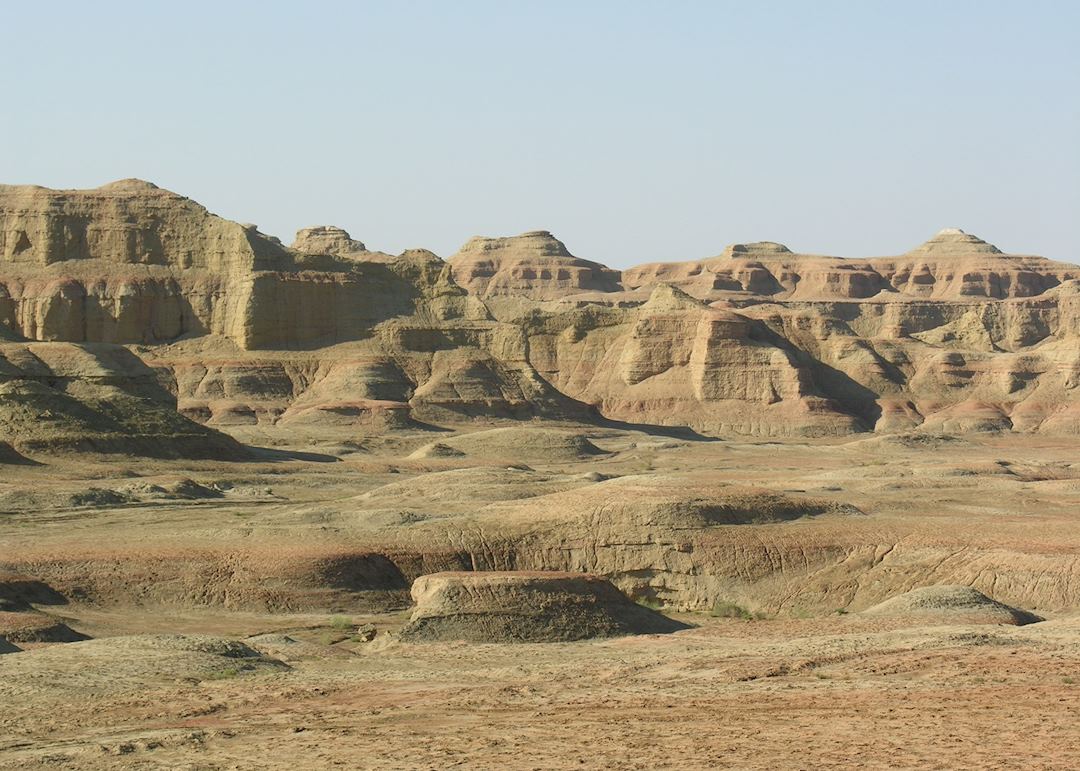 Start planning your trip to Ürümqi