New Zealand tends to attract active, outdoorsy sorts — and I’m no exception. What, then, is the appeal of a cruise, that most leisurely of activities? For a start, you’ll find that cruises here nicely complement the more strenuous experiences you might be taking part in — whether that’s walking and trekking in New Zealand, or exploring the country’s best cycling routes, or even some of the more adrenaline-centric pursuits the country is known for. They give you a breather. And, given that you’re most likely to get behind the wheel in New Zealand to travel the country, it can be pleasant to sit back and let someone else do the navigating for a while.

Perhaps most importantly, cruises — whether day voyages or overnight trips — will take you to destinations that are often completely unspoiled and impossible to reach otherwise. You’ll likely see more wildlife this way, too.

And, rest assured that it’s very straightforward to include a day or an overnight cruise in a trip — especially if you’re exploring New Zealand without a car. They allow you to visit places you thought out of reach without your own transport. 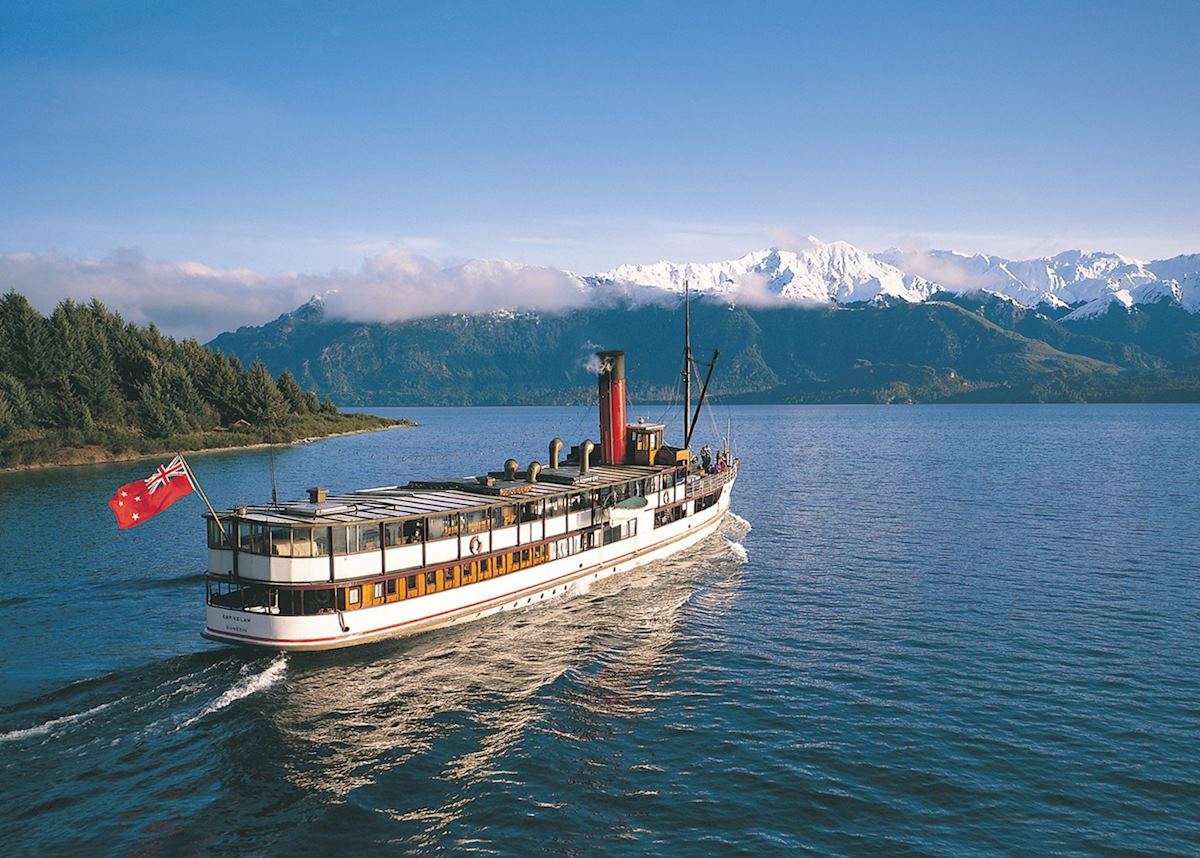 New Zealand has countless options for cruising, so I’m focusing purely on intimate, small-vessel day cruises and overnight cruises. And, there are excellent day cruises in many areas that I haven’t touched on — including Abel Tasman National Park and the Marlborough Sounds, and one aboard a vintage steamship in Queenstown. What follows are the cruises that have fulfilled me the most, across both islands.

You can potentially combine all the cruises I talk about here in a North Island-focused itinerary. If you’re pressed for time, you may like to focus on the Rotorua and Taupo cruises, since these towns are only an hour’s drive apart (the Bay of Islands, situated in the North Island’s northwest, is a little more far-flung).

The Bay of Islands 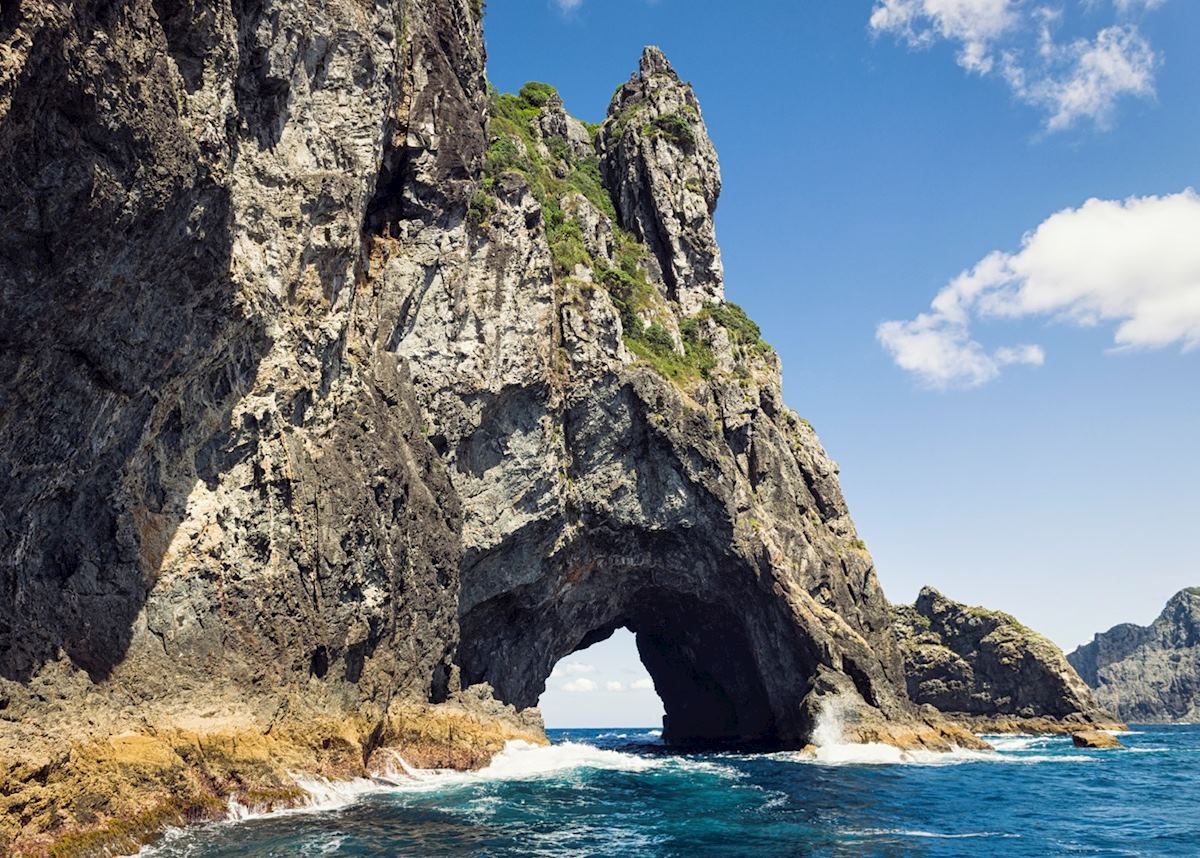 Hole in the Rock, Bay of Islands 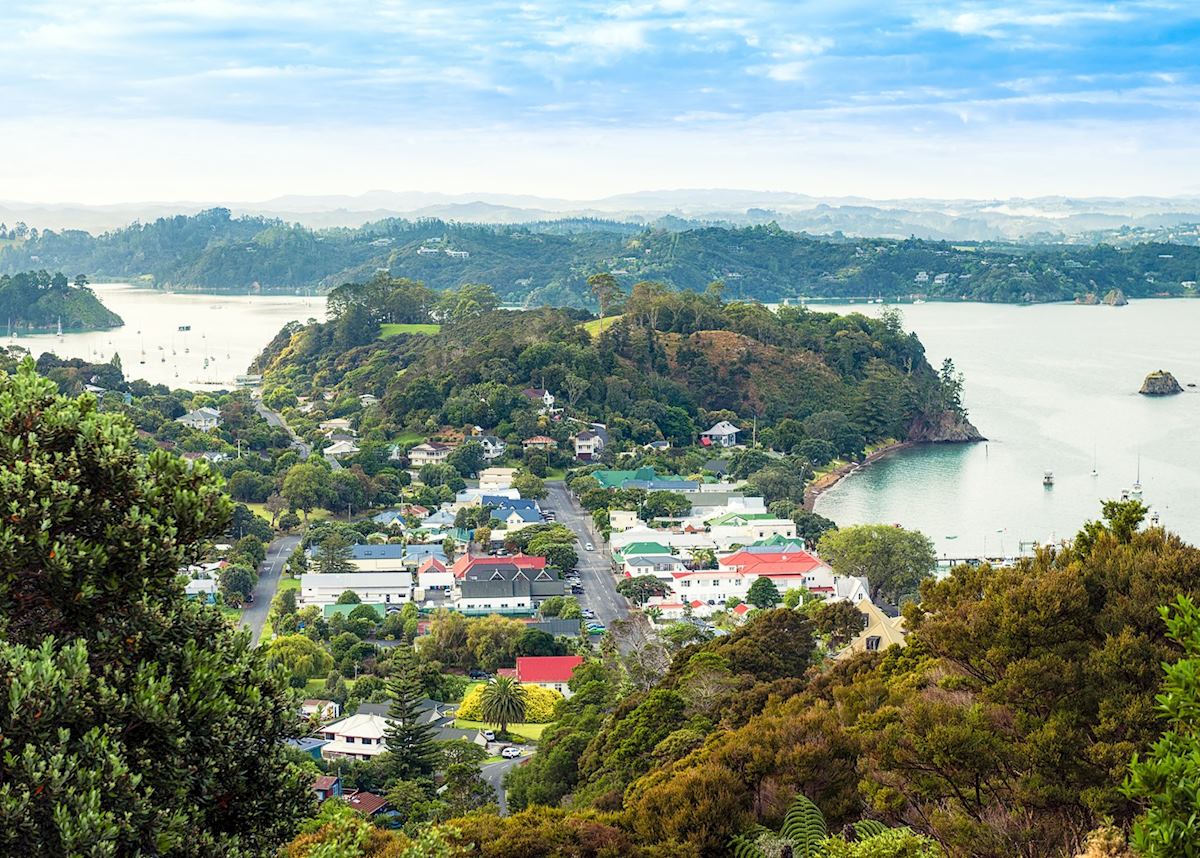 The Bay of Islands’ topography lends itself to cruising. The sea is a deep, rich shade of lapis lazuli, and the islands you glide past are a fervently green patchwork of hummocky farmland and native kauri forest. Among the calm Pacific, which swirls around some 144 islands, you’ll find healthy populations of dolphins.

Of all the day cruises operating here, I particularly like a private day cruise on a mono-haul sail boat. It takes you to some of the quietest coves of the Bay of Islands where you’re free to swim.

There’s a good chance you could swim near dusky dolphins, who might treat you to some of their gravity-defying acrobatics — leaps, twirls, and loop-the-loops. You’ll also enjoy a barbecue lunch on board. it’s one of the more exclusive cruising options in the area.

Alternatively, you could take a half-day ‘Hole in the Rock’ cruise. As the name suggests, your vessel squeezes through a rock formation that looks as if it has been bored with a 16 m (52 ft) door (there’s a definite novelty in wondering how your vessel is going to fit through). 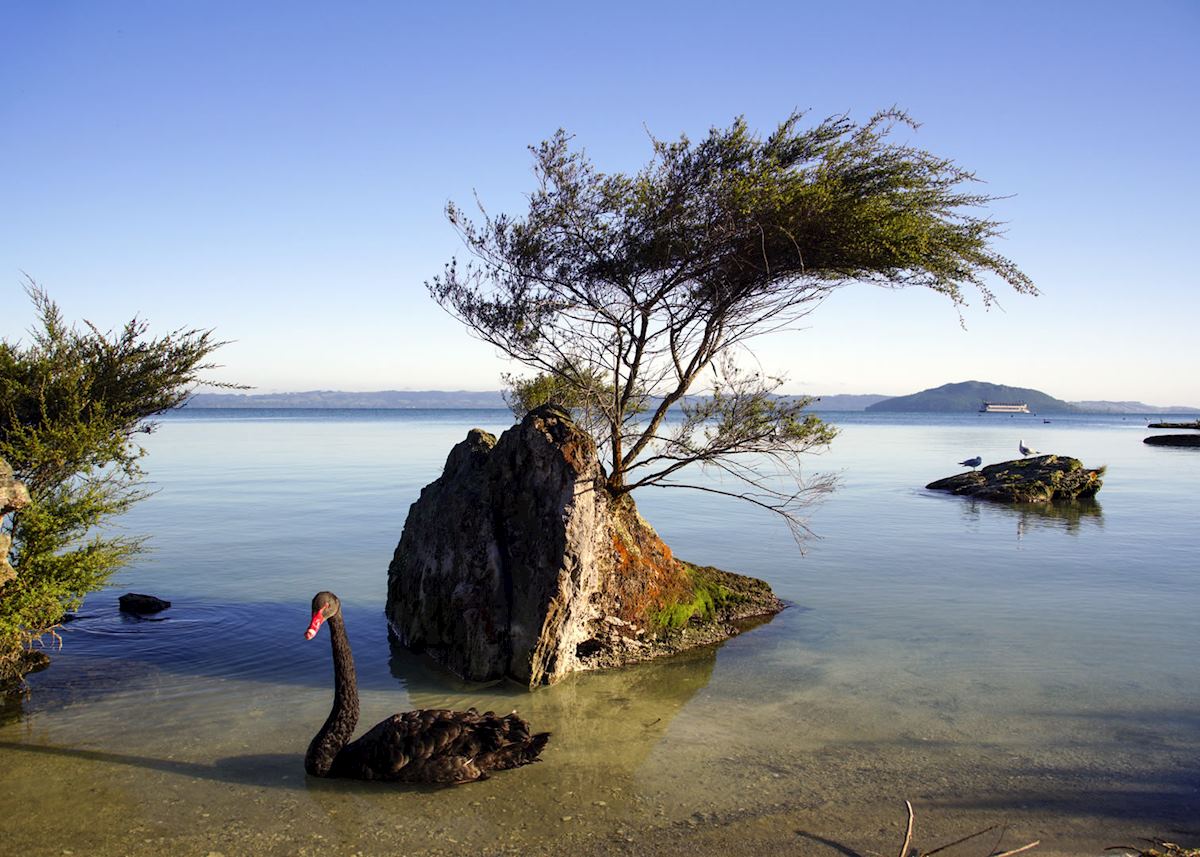 Think of this cruise as an added bonus to what’s already a very rewarding, full day experiencing Rotorua’s geothermal fairground — its geysers, frothing mud pools, fumaroles, and sulphuric lakes. Most people choose to observe them in one of the purpose-built parks. But, these can get busy and start to feel a little theme-park-like.

I suggest venturing just outside of Rotorua to Lake Rotoiti, which you can explore privately via a luxury sailing catamaran.

Your skipper will dock at some natural hot springs used mostly by local residents, and you can soak in their mineral-rich waters while looking out over the lake. In its heart lies a small islet dotted with caves once used by local iwi (Maori tribes) as refrigerators and larders. You’ll dock here and explore them along with your skipper. If the weather’s fine, you can even stop to swim in the lake itself.

There are creature comforts a-plenty: you’ll be given blankets and rain jackets (if needed), and can ensconce yourself into beanbags on deck while dining on a cheese and wine platter.

This two-hour cruise on Lake Taupo is a crowd-pleaser, which isn’t to say it’s dull. From the quiet, resort-like town of Taupo, you sail across New Zealand’s largest lake with your skipper-cum-guide. It’s a very comfortable journey, in a rather plush little boat.

You might catch a trout and have it cooked on board, but — most excitingly, for me — the cruise takes you to some otherwise-unreachable Maori petroglyphs. Even though I’d seen it in pictures, I found the intricately carved, whiskered face of a Maori priest mesmeric.

It’s possible to incorporate all the cruises I mention here into a trip based in the South Island. Wanaka and Fiordland are geographically closer, while Aoraki/Mount Cook is a little trickier to get to, and does require a little more time if you’re looking to include it in a trip. 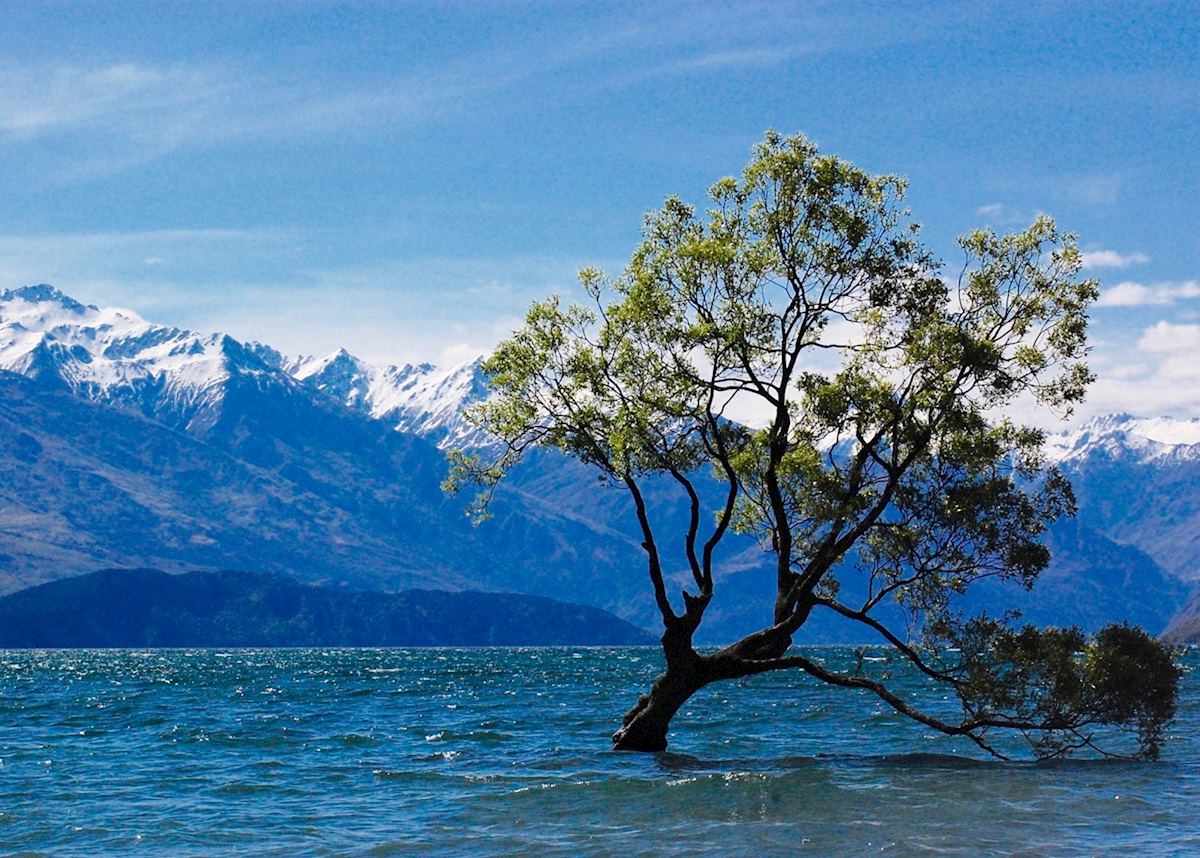 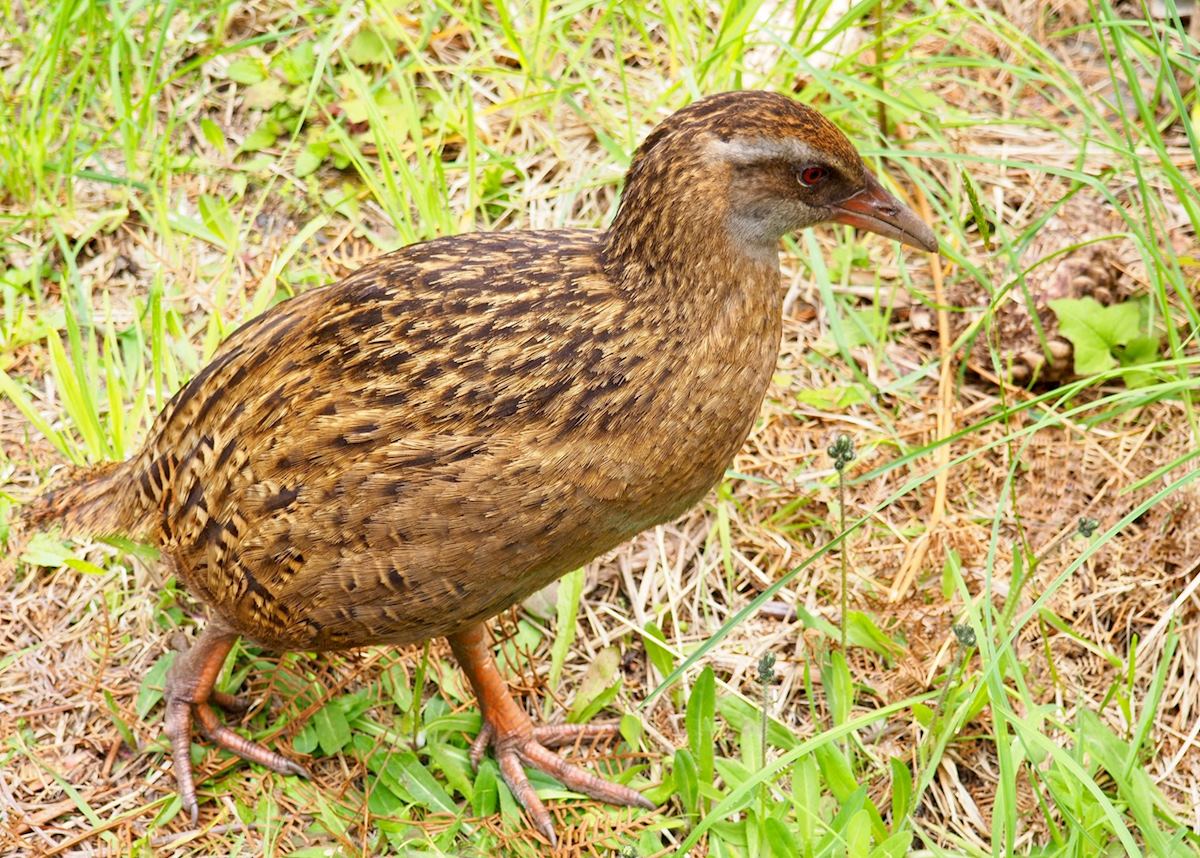 The weka is endemic to New Zealand

If I had to pick just one day cruise out of all New Zealand, this would be it. It’s not so much for the cruising aspect itself (though the mirror-like surface of Lake Wanaka is a dream to sail on), it’s for the untouched island it takes you to.

Mou Waho is a protected bosky isle festooned in native bush, and dropped right in the heart of Lake Wanaka. Its secrets only really unfold when you set foot on it and begin to pick your way through the spiky matagouri (manuka plants).

You make for a ridge on the island. From here, you’ll look out over not just Lake Wanaka, but a second lake nestled into Mou Waho, and normally hidden from sight.

Your gaze takes in the deep-sage green of the bush, the jewel-like blue of the lakes, and the distant white head of Mount Aspiring (which had a cameo in Peter Jackson’s The Lord of the Rings trilogy). I think this place has one of the finest views in all New Zealand, and that’s saying something.

Your guide, Chris, will encourage you to pick husks off the manuka bushes as you walk. You unpeel them and suck out the tangy, sweet sap that New Zealanders claim is a panacea for the immune system.

When you reach the island’s main viewpoint, you have the chance to plant a native tree, before enjoying berry tea and a biscuit.

Your tea break might be interrupted by one of the island’s rehabilitated wekas, which often pop up in search of crumbs. A chestnut-brown bird that looks a bit like a cross between a chicken and a pheasant, wekas were once endangered but seem to be making a resurgence.

I was met by a family of three wekas (Wally, Sally, and their rebellious teenage son). They’re a bit of a dysfunctional family, in truth, as wekas are fiercely territorial. They’ll all compete to scavenge your snack.

If you’re visiting Aoraki/Mount Cook, I highly recommend this half-day cruise out onto the terminal lake of the Tasman Glacier . It starts with a rocky ten-minute walk to the shoreline (unfortunately, this isn’t a suitable cruise if you have mobility problems).

From here, you take a small-boat cruise onto a chalky-blue lake that leads to the terminal face of Tasman Glacier, navigating around bergy bits en route.

The real high point comes from the chance to see the glacier calve. You’ll know about it, if it does, as the crash is astonishingly loud, sending waves out across the otherwise eerily still lake.

A note on overnight cruises in Milford and Doubtful Sounds 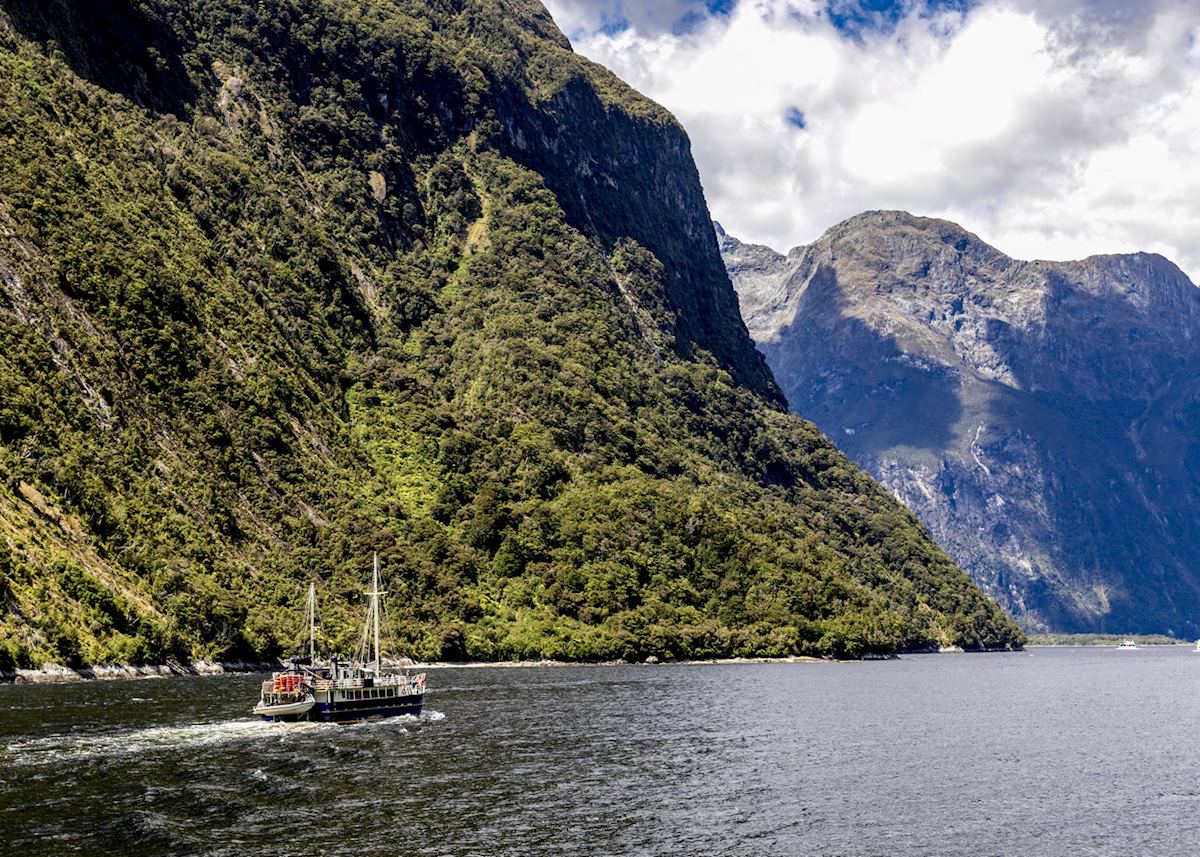 The immense fiords of Milford and Doubtful Sounds, with their rainforest-clad, waterfall-pelted walls, rank high on most visitors’ wish lists for New Zealand.

Several good day cruises for Milford Sound exist, which use smaller vessels in preference to the more commercial giants that ply Milford Sound. But, I’d urge you to consider an overnight cruise.

While Milford Sound has arguably more scenic drama, Doubtful Sound is so much more peaceful. At any one time, there are usually no more than two boats out on the water, and no scenic flights, compared with the hubbub of Milford. Doubtful is also six times the size of Milford, so there’s much to see.

An overnight cruise here is one of New Zealand’s most exclusive experiences, even if it doesn’t appear on many visitors’ radars — and you can read about one such cruise in detail in our guide to New Zealand’s hidden highlights. You can kayak, fish, observe fur seals and live and breathe the sound in a way that few people do. Pray for rain — it’s when the sound’s cascades and waterfalls really come into their own. 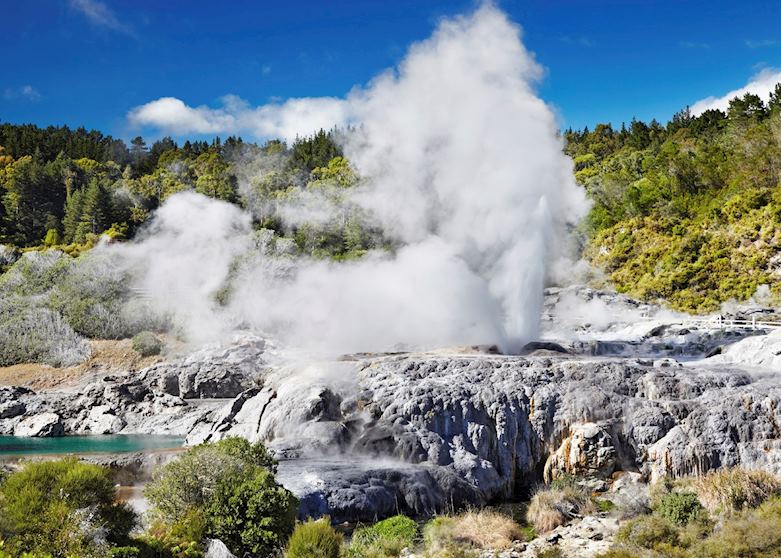 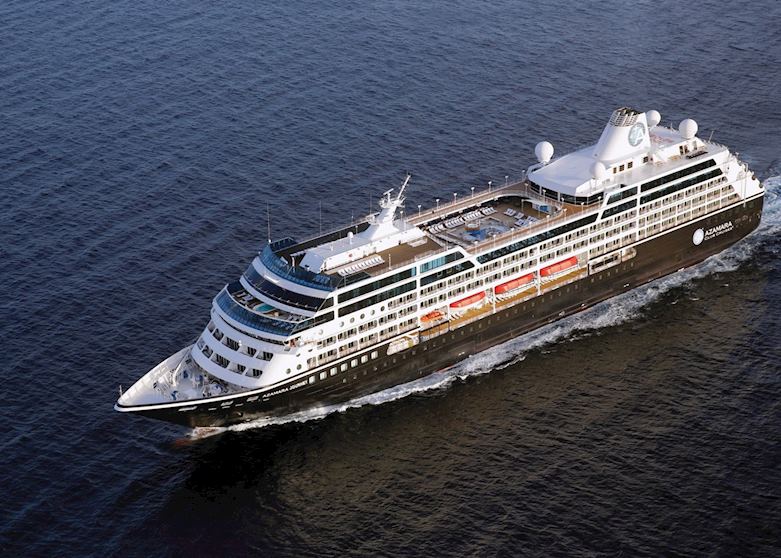 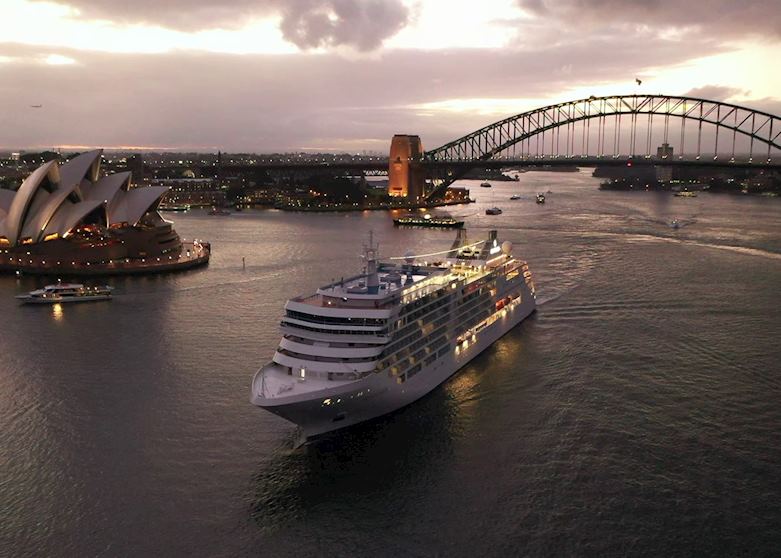