A surreal landscape of honeycombed hills, conical rock formations and troglodyte villages, Cappadocia is one of the most unusual places on Earth. Its distinctive geology is a result of ancient volcanic activity combined with intense erosion.

The resulting soft rock has been burrowed out by humans since the area was first settled by the ancient Hattians in about 2000 BC. Today, it’s as good for hiking as it is for culture and offers rewarding walks to hidden monasteries, cave dwellings and frescoed churches, as well as visits to family-run potteries and the chance to sleep in a cave hotel.

The landscape of Cappadocia was formed over the course of millions of years as a high plateau of compressed volcanic ash was gradually eroded by rivers, rain, wind and the extremes of the Cappadocian climate. Below an outer shell of hardened rock the soft stone was very easy to excavate, allowing settlers to carve out homes, streets and underground cities, as well as churches, monasteries and workshops. 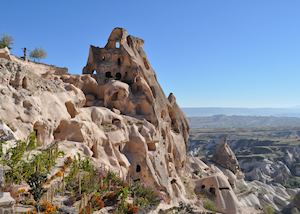 The most renowned of the region’s sights is the Göreme Open Air Museum, a Byzantine monastic settlement and UNESCO World Heritage Site. The cluster of rock-cut churches, chapels and monasteries here became a pilgrimage site in the 17th century, and the iconography, carvings and frescoes span centuries. Karanlık Kilise church is the most impressive, and contains a series of vivid murals. It’s also worth seeking out the Tokalı Kilise, Göreme’s biggest and grandest church, with an underground chapel and more impressive frescoes.

Another set of rock-cut churches can be seen in Monastery Valley, where you’ll also see cave dwellings cut into the cliffsides and can visit the underground cities of Güzelyurt. Often used as a place of temporary refuge during invasions, these subterranean complexes are compact and functional with low ceilings, narrow passageways, courtyards, stables and food storage areas. The story behind their construction and use is compelling and a visit, although uncomfortable for some due to the small spaces, offers a fascinating insight into life in the region in times past.

On foot, the Rose Valley is one of the most impressive for hikers with its liberal scattering of fairy chimneys (mushroom-like columns of rock) and little-visited churches with vibrant frescoes. If you have the time, it’s worth making the effort to see cliff-side Eski Gümüşler Monastery in Niğde, a rock-hewn monastery with murals dating from between the 7th and 11th centuries.

If hiking isn’t an option, it’s also possible to reach several panoramic viewpoints by car to marvel at the scale and grandeur of the landscape and get a sense of how it was formed. Other activities you could try while here include learning to cook with a local family or visiting a family-run pottery — pottery-making is a traditional craft in the region and has been a central part of local culture since about 2000 BC.

At night, you can bed down in rooms carved into cliffsides and caves and experience a taste of traditional life in what is one of Turkey’s most unusual regions.

Although Cappadocia can be visited year-round, it’s at its best between late April and June and again in September and October when the days are warm and dry and there are fewer visitors. June to August is peak summer season with more visitors and temperatures of up to 40°C (104°F), while winters are cold and can be wet. 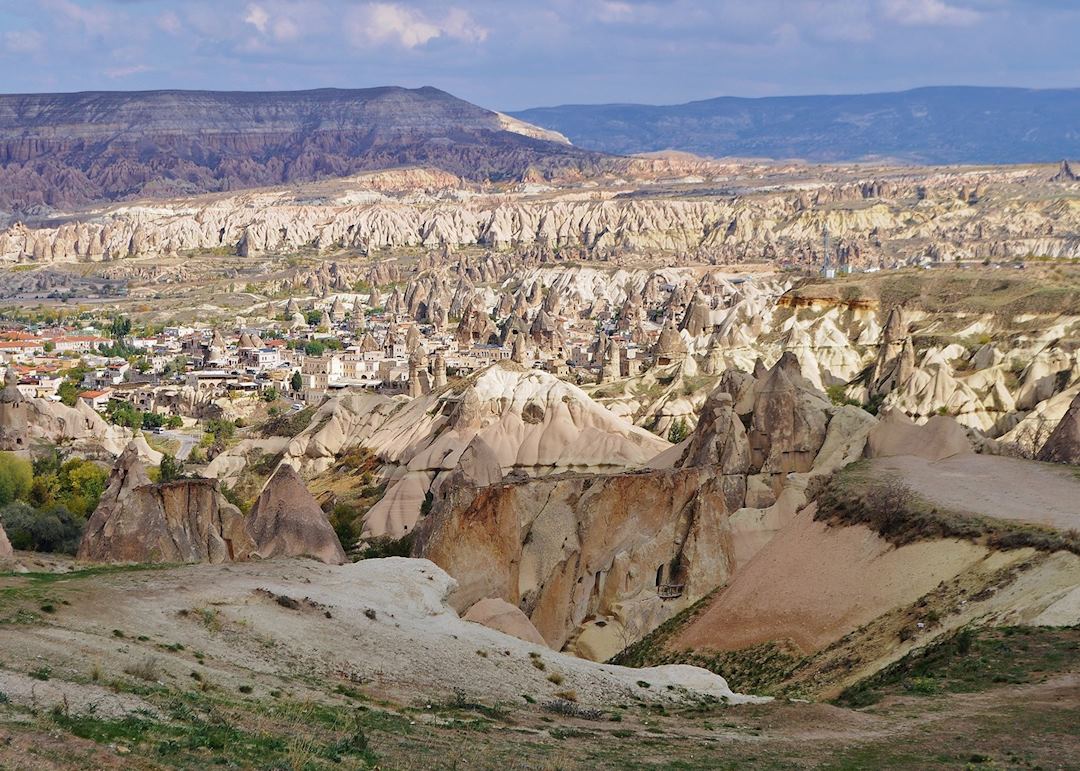 Start planning your trip to Cappadocia

We’ve selected a range of accommodation options for when you visit Cappadocia. Our choices usually come recommended for their character, facilities and service or location. Our specialists always aim to suggest properties that match your preferences.

Our specialists seek out authentic ways to get to know the places that could feature in your trip. These activities reflect some of the experiences they've most enjoyed while visiting Cappadocia, and which use the best local guides.