A more traditional town than many, Konya is famous as being the burial place of Rumi, the esteemed Islamic poet and philosopher and founder of the Mevlevi Order, otherwise known as the Order of the Whirling Dervishes.

Even today, Konya is the most religiously conservative city in Turkey. The city’s history dates back to 3000 BC and it was a prominent settlement for several of the dynasties and empires which followed, eventually becoming the capital of the Sultanate of Rum during the Seljuk era.

Today, Konya is a fascinating blend of ancient and modern, with antique mosques, traditional Seljuk architecture and a maze of narrow market streets, surrounded by the more contemporary university and shopping malls. The city’s centre is focused around this market district, an important Seljuk mosque on Alaaddin Hill (Tepesi), and the Mevlevi Museum, which attracts Muslim visitors from all over the world each year.

Konya was constructed according to the Hippodamus grid system, so is a very ordered city. Around 37 miles (60 km) from Konya is Catalhöyük, believed by the Turkish to be the oldest human settlement in the world. It contains a cave painting of a volcanic eruption, which dates back to 6500 BC. 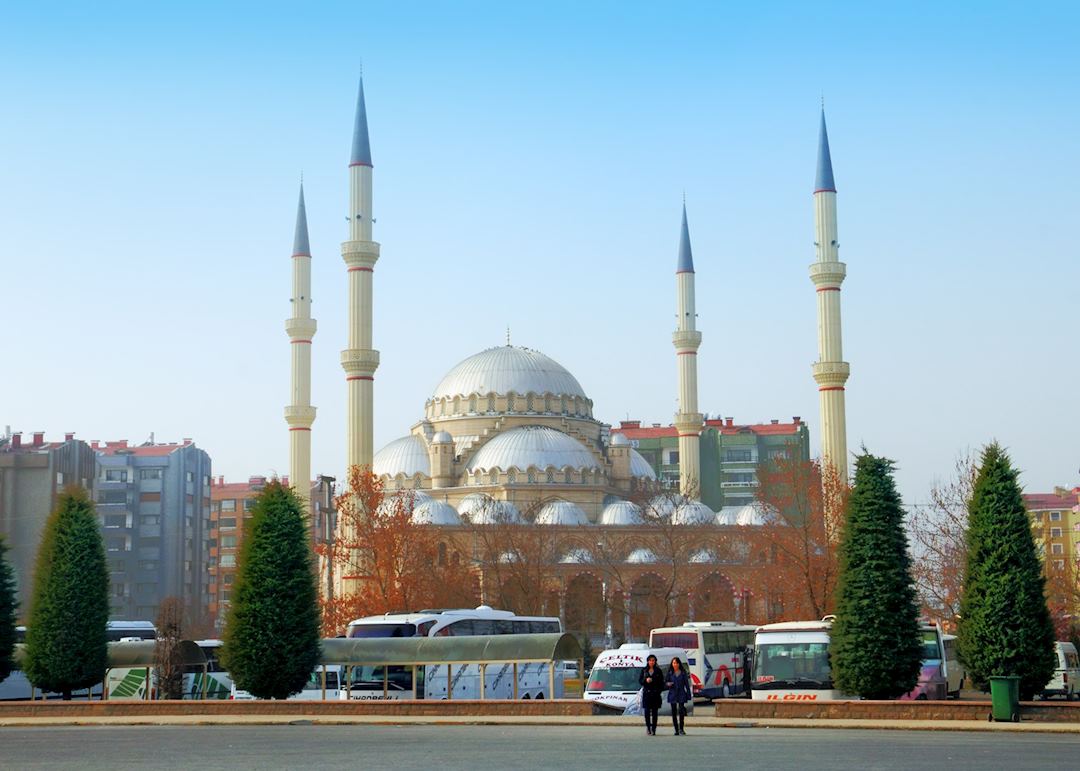 Start planning your trip to Konya

We’ve selected a range of accommodation options for when you visit Konya. Our choices usually come recommended for their character, facilities and service or location. Our specialists always aim to suggest properties that match your preferences.

Our specialists seek out authentic ways to get to know the places that could feature in your trip. These activities reflect some of the experiences they've most enjoyed while visiting Konya, and which use the best local guides.