Straddling the River Ness in Scotland's northeast, Inverness is the largest city in the Highlands, set attractively along the banks of the river from which it takes its name.

The city has a long and often bloody history and was the setting for the infamous Battle of Culloden, which brought an end to the Jacobite Rising, as well as Shakespeare's tragedy Macbeth. Although the medieval castle that inspired the playwright is long gone, its imposing 19th-century replacement still lords it over the river from its lofty setting.

Inverness is also a transport hub for the Highlands and makes an excellent base for exploring, with its vibrant atmosphere and strong local character.

Inverness gets a bad rep, and although parts of it have been rather over-developed, I find it beautiful, especially where the river borders traditional Gothic townhouses and the cathedral. In the evening you’ll find many pubs with live music.

Things to see and do in Inverness

Loch Ness and the Cairngorms

Set at the northern end of the Great Glen, a giant tectonic rift that divides Scotland diagonally, Inverness is surrounded by mountains and lakes and makes an ideal base for delving into the Highlands.

Legendary Loch Ness, home to the elusive monster, is a short drive away, while the craggy peaks of The Cairngorms are just to the south. Protected by the UK’s largest national park, it’s a region of wild mountains, deep ravines and scenic glens that is ideal for hill walking. If you're short on time, a funicular railway will take you to the edge of the monumental mountain plateau.

Meaning ‘Mouth of the River Ness’ in Scots Gaelic, Inverness grew up along the banks of the river. The waterway plays a central part in the city's character even today. A shallow, meandering stretch of water, it’s lined by mature trees and some of the city's most significant buildings.

A pathway runs along the river’s length, with several footbridges linking the banks. A stroll here offers an attractive introduction to the city, affording views of the cathedral, castle and the Inverness Museum and Art Gallery. Just to the south of the city are the Ness Islands, a tranquil cluster of river islets ideal for a picnic.

Jacobite leader Bonnie Prince Charlie finally faced defeat in his attempt to claim the British throne by loyalist troops at the 1746 Battle of Culloden, which took place just east of Inverness. Over 1,200 Highlanders died in the short but brutal battle, and their story is told at the visitor centre on the bleak moor at Culloden where the fighting took place.

It's a wild and poignant place marked by memorials and laced with pathways. The battle brought an end to Scotland's age-old clan system and paved the way for the merciless Highland Clearances that followed. The country changed forever, making this one brief battle a landmark moment in Scottish history.

Set under mature trees near the banks of the River Nairn, the prehistoric burial chambers known as the Clava Cairns have an undeniable charm and mystique. This group of standing stones, passage graves and cairns (mounds of roughly arranged stones) dates back to the Bronze Age but is exceptionally well preserved despite being over 4,000 years old.

The wooded setting and lack of visitors makes this a magical place, and you can explore the inner chambers, study the rock markings and walk among the standing stones with little to distract your imagination from why these intriguing structures were built. The Clava Cairns are 11 km (7 miles) east of Inverness. 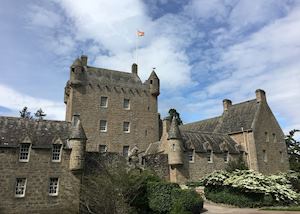 A monumental castle with high defensive walls and an intriguing history, Cawdor has been the seat of the Thanes of Cawdor since the 14th century. Their descendants still live in the castle, the original central tower now flanked by 17th-century additions.

Although austere when seen from the meticulously kept gardens, this incredible family home feels grand but at the same time undeniably lived in. Family portraits, large-scale tapestries, colossal fireplaces and four-poster beds give it a very stately appeal.

The castle is mentioned in Shakespeare's Macbeth but has its own fairytale beginning, its location chosen by a weary donkey carrying a basket of gold coins. The castle is a 25-minute drive east of Inverness.

This impressive 18th-century fortification set on a headland remains virtually intact and is one of the best examples of its kind in Europe. It was built to keep the rebellious Scots in check following the Battle of Culloden and is still used as a barracks today.

Inside, costumed actors and bright displays recreate the life of the original soldiers. It's also worth taking a walk around the ramparts for sweeping views of the sea. With luck, you might spot some of the dolphins that regularly pop out of the water here.

The fort is set in a strategic point at the opening of the Moray Firth, about half an hour's drive northeast of Inverness. 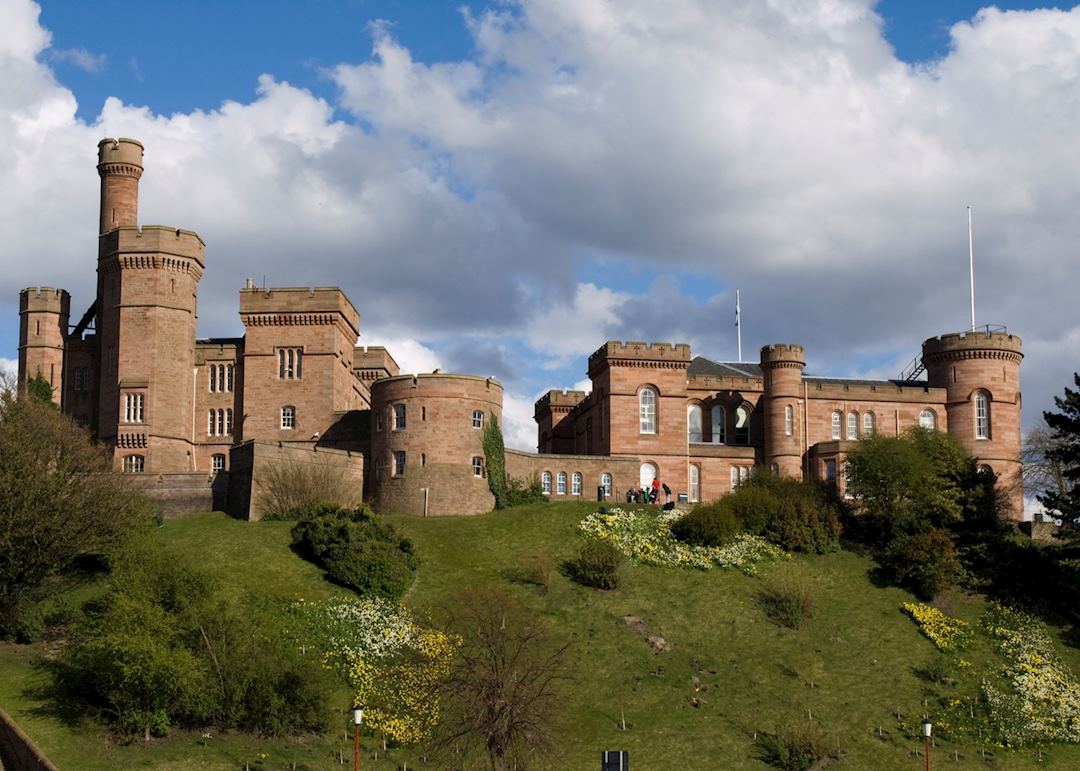 Start planning your trip to Inverness

We’ve selected a range of accommodation options for when you visit Inverness. Our choices usually come recommended for their character, facilities and service or location. Our specialists always aim to suggest properties that match your preferences.