Tucked away on the North coast of Hyogo Prefecture is the hot-spring resort town of Kinosaki Onsen. Known throughout Japan as one of the best places to unwind and experience the uniquely Japanese pastime of hot spring bathing, the town is home to seven celebrated public bathhouses. To get to know the town best, stay at an old-style Japanese ryokan (a traditional inn) and enjoy kaiseki cuisine, the taste of which varies from region to region. Days can be spent strolling around the picturesque town center in a light, cotton kimono known as a Yukata — and you’ll receive a wooden key that grants access to all seven iconic bathhouses.

Aside from the hot spring bathing that has brought the onsen into prominence, there are a range of activities away from the water. A ropeway on the opposite end of town from the station leads to the summit of Mount Taishi where you can enjoy views of the town and coastline.

If you continue down the Sanin Main Line, a double-tracked railway, you’ll arrive at Takeno’s talcum-white sandy beach. The coastline is part of San'in Kaigan National Park and during the summer months, snorkeling and kayaking are available.

For those keen on cycling, there are a few picturesque routes starting in the middle of town ranging from beginner-friendly 20 km (12 miles) to more advanced 60 km (37 miles) routes. These cycling courses have spectacular views over the Maruyama river mouth, or if you opt for more of a challenging route, a panorama across the Kannabe Highlands.

Kinosaki Onsen is well-linked to the cultural hub of Kyoto as well as some of the major Kansai cities including Himeji, Kobe and Osaka. You’re never too far from a bullet train station, which grants easy access to the rest of the country.

Much like the rest of Honshu, Kinosaki Onsen is a year-round destination, offering something different each season. The winter months are known for the Sea of Japan crabs, caught on the northern coast, which attract visitors from across the country.

As is typical for the region, cherry blossoms arrives in April and in November, the surrounding trees turn shades of red and orange. Despite the hot, humid summers, Kinosaki Onsen remains popular as firework displays and festivals are held on the banks of the willow-lined canal that flows through the middle of town.

This sample itinerary will give you an idea of what is possible when you travel in Kinosaki Onsen, and showcases routes we know work particularly well. Treat this as inspiration, because your trip will be created uniquely by one of our specialists.

We’ve selected a range of accommodation options for when you visit Kinosaki Onsen. Our choices usually come recommended for their character, facilities and service or location. Our specialists always aim to suggest properties that match your preferences. 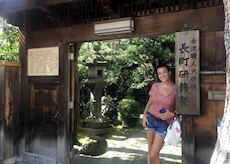 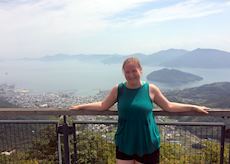