A prestigious university, a booming technology sector and a lively food scene — all found in Cambridge

The beauty of Cambridge took me by surprise — its buildings, parks and waterways create a calming, serene atmosphere despite the frenetic studying which must happen within the university. The rivalry between Oxford and Cambridge is fun to experience — I love both cities but think Cambridge steals first place for me.

With its stately buildings nestled alongside the River Cam, Cambridge has long been a prestigious place, anchored by the university. Its 31 colleges are sprinkled throughout the city, whose narrow streets are lined with independent eateries, boutiques and pubs. 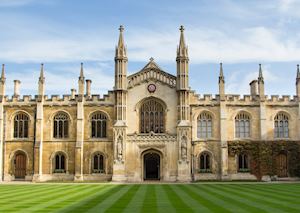 Cambridge University has educated history-making scholars such as Isaac Newton, Charles Darwin and Jane Goodall, and also boasts feats of architecture like the King’s College Chapel, with the largest fan-vault ceiling in the world. While in Cambridge, you can visit these imposing colleges, hidden courtyards and fanciful gardens.

Join the students on the river and meander along the River Cam in a punt boat to see courtyards and meadows. Or, head to Bletchley Park, a site of British intelligence during World War II where German codes were deciphered. We can also arrange a food tour so you can sample a handful of local delicacies like the Chelsea bun.

Things to see and do in Cambridge

The heart of Cambridge is its prestigious university, the second oldest in the English-speaking world. There’s no central campus — instead the university comprises 31 colleges located throughout the city. Each college offers something different to see, though there are some standouts. The Parker Library at Corpus Christi College, with its dramatic vaulted ceilings, is renowned for its collection of rare books and manuscripts, especially its medieval texts.

The King’s College Chapel dates back to the 15th century and is considered one of the finest examples of Perpendicular Gothic architecture featuring straight lines, massive stained-glass windows and the world’s largest fan-vault ceiling.

You can also visit the Cambridge University Botanic Garden, which boasts more than 8,000 plant species from all over the world to facilitate research and learning. Here you’ll also find an apple tree believed to be a descendant of the tree that sparked Cambridge University alum Isaac Newton’s theory of gravitation.

The River Cam, which flows through Cambridge, offers another way to see the city. The most commonly seen boats on the river are punts, flat-bottomed boats with a square-cut bow that sits low in the water, not unlike a canoe. To propel the boat forward, a punter uses a long pole to push off the riverbed. You can either rent a punt and cruise the Cam on your own, or we can get you a guide who will do the work for you while telling you about the buildings you’re passing.

Punting also gives you an excellent view of some of the colleges along the river, with their putting-green-worthy courtyard lawns and imposing architecture.

A play on California’s Silicon Valley, Silicon Fen is the name given to Cambridge and its surrounding areas due to the density of high-tech businesses that have developed in the region; Cambridge Science Park is the largest research and development hub in all of Europe. 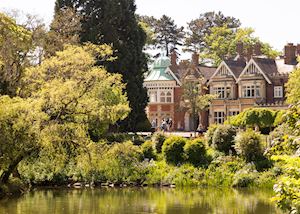 Technology development has a history in Cambridge, as the nearby Bletchley Park was the central headquarters for code-breaking during World War II. Here was where the British Government Code and Cypher School regularly broke codes used in communications between Axis powers, including codes from the German Enigma and Lorenz ciphers. The decryption ultimately culminated in the invention of Colossus, the world’s first programmable digital electronic computer. You can see a replica of Colossus at the National Museum of Computing, located on the Bletchley Park site.

We can arrange a food tour for you, where you’ll spend half a day with a local food expert visiting eight different places to try a little bit of everything, including a Chelsea bun, Scotch eggs, local and international cheeses and fudge prepared right in front of you. A prestigious university, a booming technology sector and a lively food scene — all found in Cambridge.

Cambridge is lovely to visit any time of year, but we particularly recommend going between May and October. Temperatures are warmer during these months, making punting a more pleasant experience. It also means you’ll have lively foliage as you explore the university’s many college gardens. 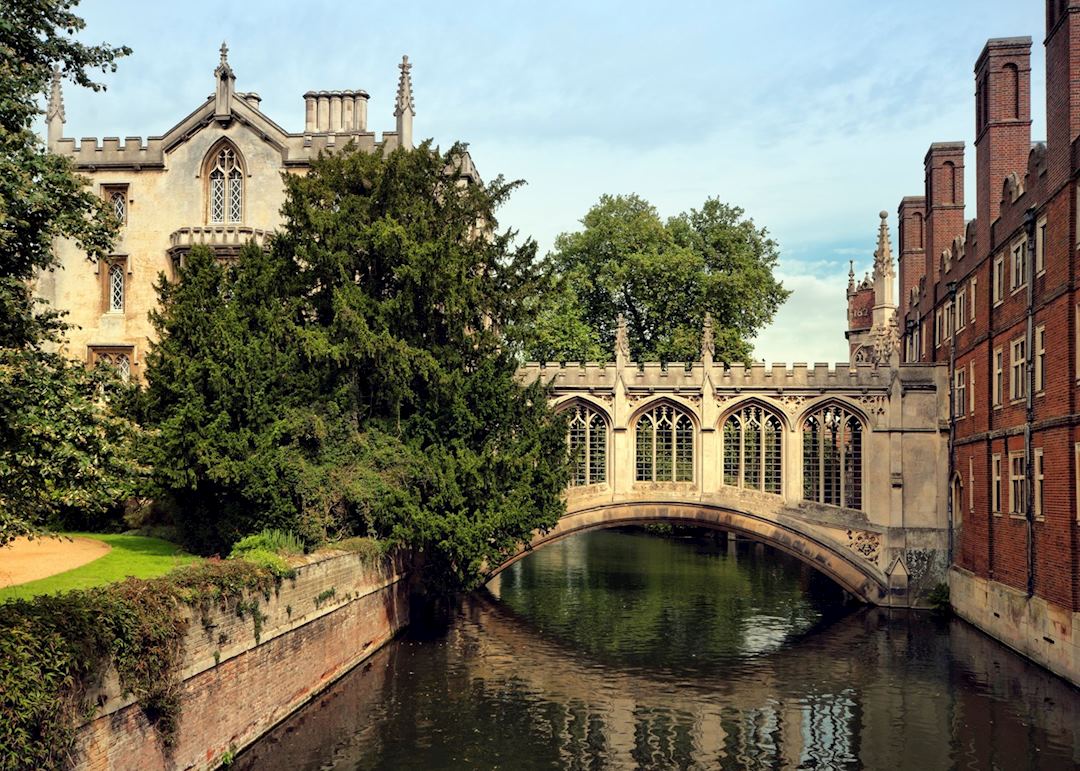 Start planning your trip to Cambridge

We’ve selected a range of accommodation options for when you visit Cambridge. Our choices usually come recommended for their character, facilities and service or location. Our specialists always aim to suggest properties that match your preferences.

Our specialists seek out authentic ways to get to know the places that could feature in your trip. These activities reflect some of the experiences they've most enjoyed while visiting Cambridge, and which use the best local guides.