Around the port, however, you can find the White Cliffs of Dover. These striking chalk promontories have become a symbol of Britain as a whole and they conceal miles of tunnels that are filled with tales of wartime daring and intrigue. The cliffs stretch for 13 km (8 miles) in total on either side of Dover, and rise to a height of 110 m (350 feet). 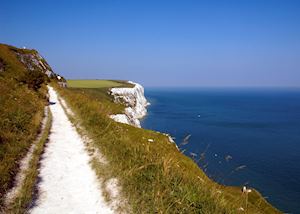 Walking along the cliffs offers views out across the English Channel toward France, but if you look down you can see the remains of two shipwrecks at the base of the cliffs as well as the entrances to some of the cliffs’ hidden tunnels. The cliffs are made up of permeable chalk that is easy to carve, a fact that locals have taken advantage of since before the Roman era, carving out defensive structures and lookouts.

Sitting on a steep chalk mound, Dover Castle is the largest castle in all of England. There’s some evidence that a fortification has stood here since before the Romans, but the oldest part of the current castle dates back to the 11th century. However, its rambling structure has been extensively expanded and modified over the centuries, the result of innumerable attacks and sieges.

The castle’s location has made it of supreme strategic importance throughout England’s military history. It was in active duty as recently as World War II, when two extensive tunnel networks were used for military operations.

One functioned first as a hospital and then as barracks for the Royal Navy, Royal Air Force and Royal Army, and the second became the headquarters for Operation Dynamo. This secret mission to rescue allied troops from the beaches of Dunkirk was the subject of two Hollywood films in 2017: The Darkest Hour and Dunkirk. You can tour both the castle and the tunnels, which have exhibitions illuminating their roles in this historic battle.

Beyond their historical and military importance, the cliffs offer panoramic landscapes. The white headlands dwindle into the distance and on clear days, you can see as far as the coast of France. A wealth of wildlife inhabits the cliffs, including many species of birds that are attracted by the abundance of wildflowers. You can see rare orchids and butterflies, along with peregrine falcons, skylarks and a herd of Exmoor ponies, which the National Trust uses to manage the grassland.

Best time to visit the White Cliffs of Dover

Because you’re likely to spend much of your time outdoors along the cliffs, we suggest visiting May to September. The warmer, drier weather at this time makes for a more pleasant visit and increases your chances of getting a clear view across the English Channel to France. 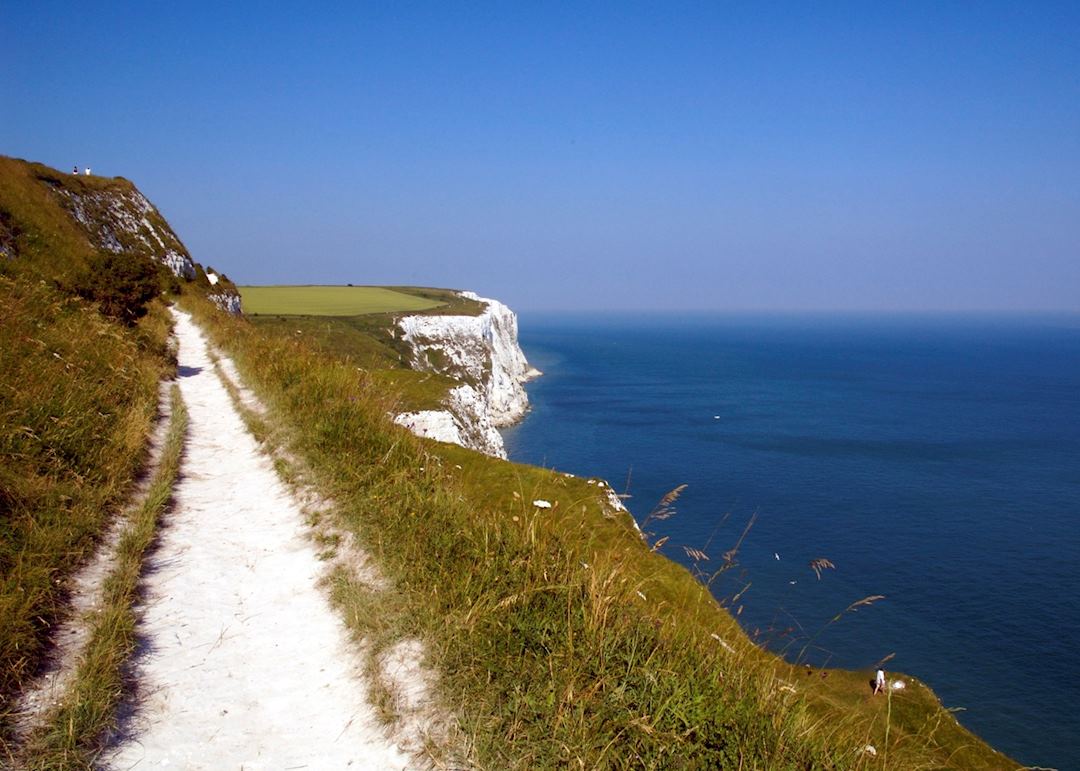 Start planning your trip to The White Cliffs of Dover

Map of the White Cliffs of Dover

Places near the White Cliffs of Dover

Photos of the White Cliffs of Dover