The inspiration for the Taj Mahal came when Emperor Shah Jahan’s third wife, Mumtaz Mahal, died while giving birth to their fourteenth child. He was completely grief-stricken and decided to build the monument in her honour. 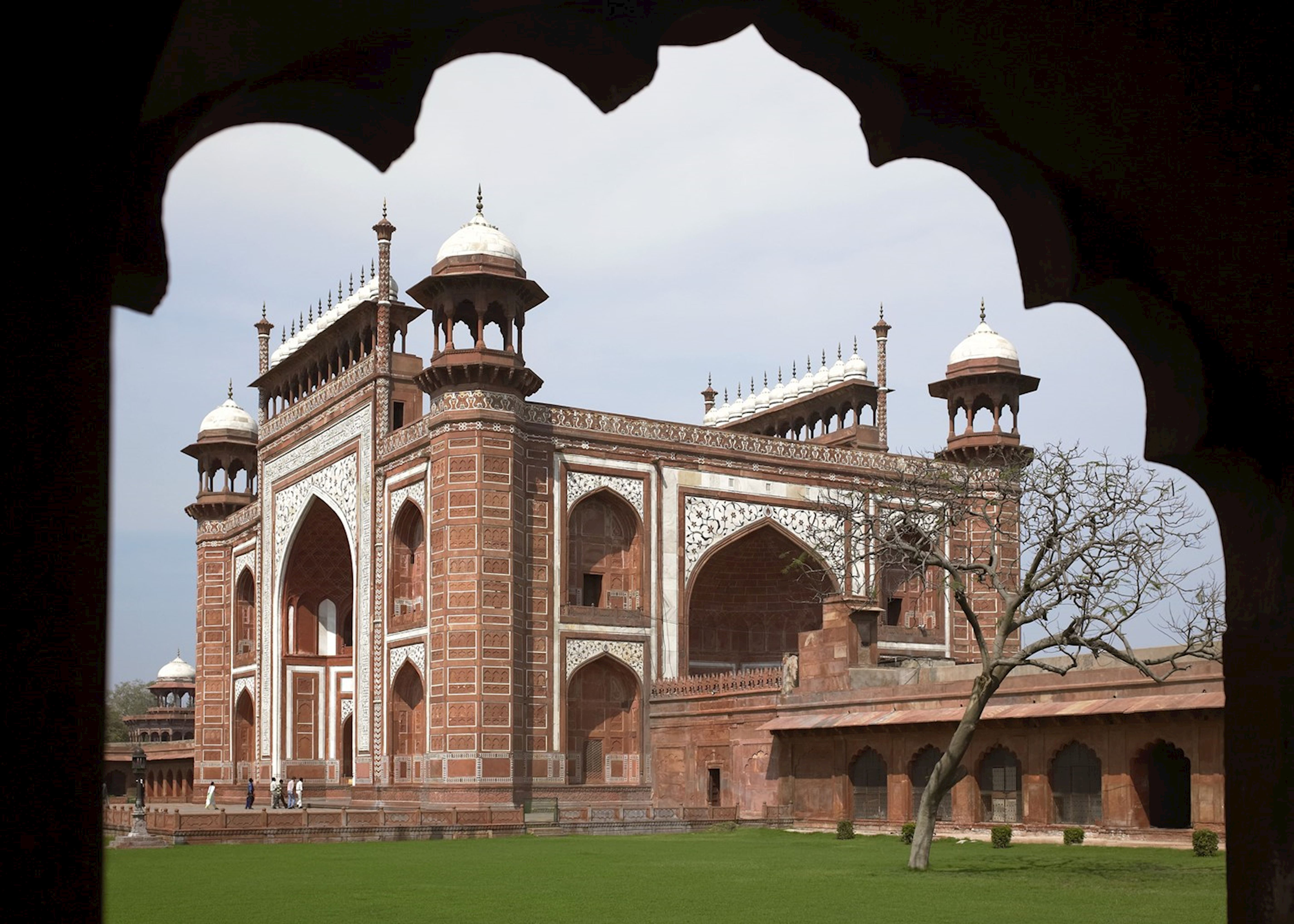 This long established story originates from the fanciful writings of Jean-Baptiste Tavernier, a European traveller who visited Agra in 1665, and while there is no definitive evidence, there are some ruins of blackened marble that seem to support his claim. True or not, it is believed that Shah Jahan was overthrown by his son Aurangzeb before it could be built.

The Taj is a magnificent architectural achievement. As you approach you pass through a beautiful arched gateway and then immediately in front of you is the view that has been captured in many hundreds of thousands of photographs — wonderfully symmetrical landscaped gardens leading the eye to the Taj that stands timeless, with an almost regal air. 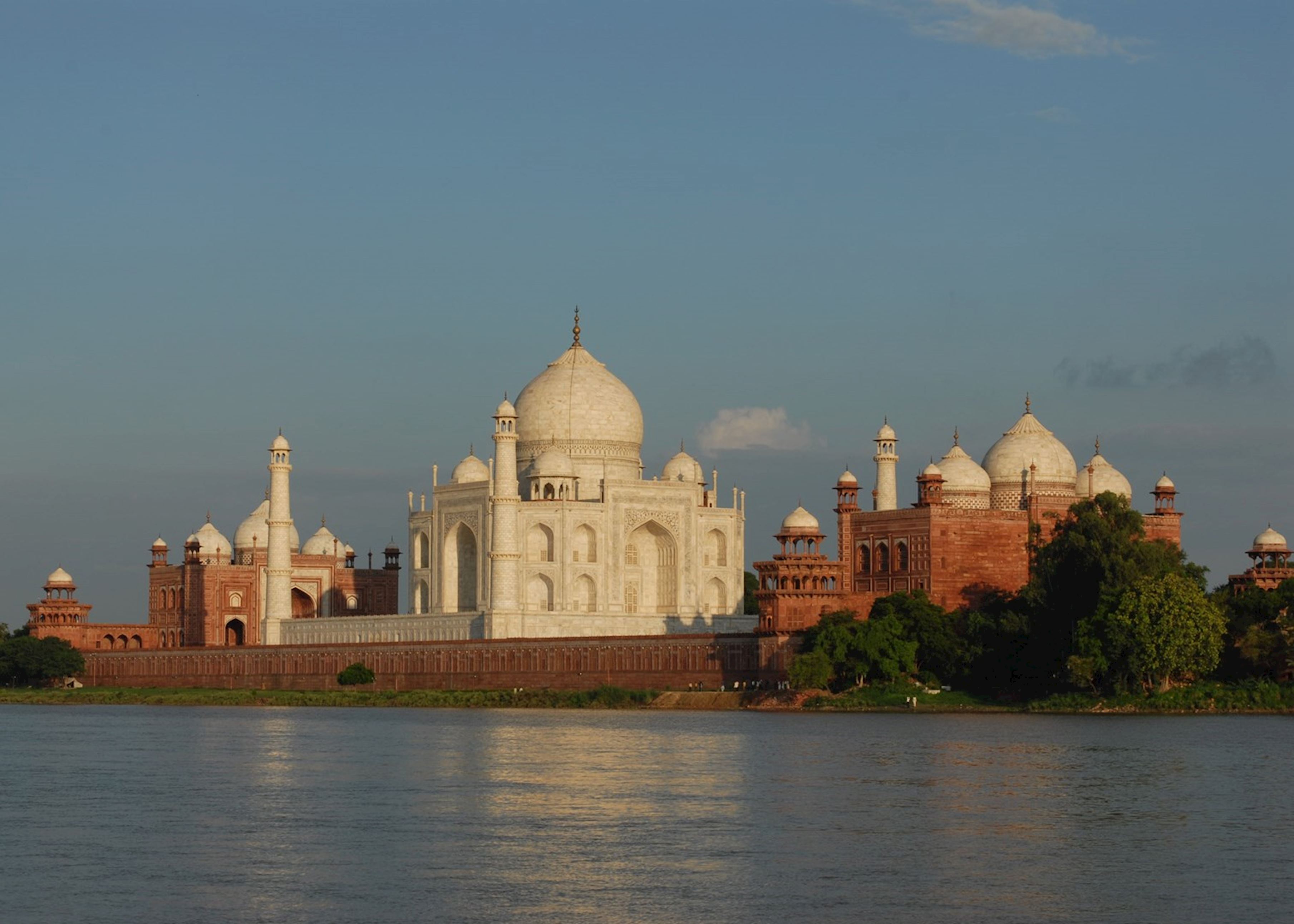 My favourite view of the Taj is from Metah Bagh on the opposite banks of the Yamuna River (in perhaps the exact spot that Shah Jahan intended to build his own mausoleum) at sunrise.