I first visited Tasmania in 2000 and have been back twice since. As more of a country mouse than a city slicker, I knew I would thoroughly enjoy the wild outdoors of Australia's southern isle. For me, the only way to see these all-consuming mountain peaks, sweeping beaches and mystical forests was to get in among them — climbing, walking, kayaking and swimming. 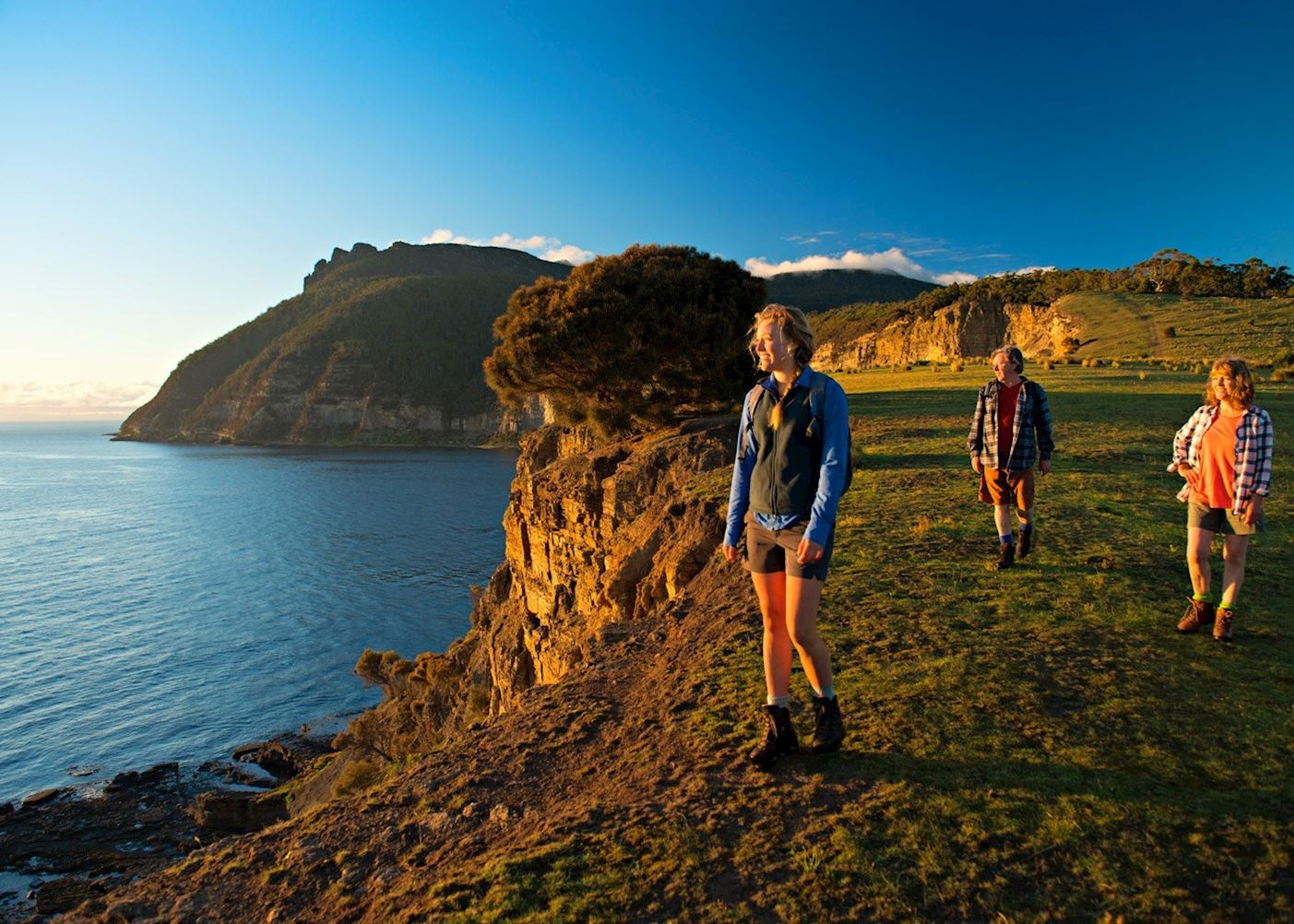 We walked the length of two beautiful, empty beaches and as we crossed the headland I discovered it was home to a family of wombats — huge balls of slow-moving, loveable fluff. Again, they gave scant acknowledgement of our presence as we carried on north to see evidence of Aboriginal settlements. 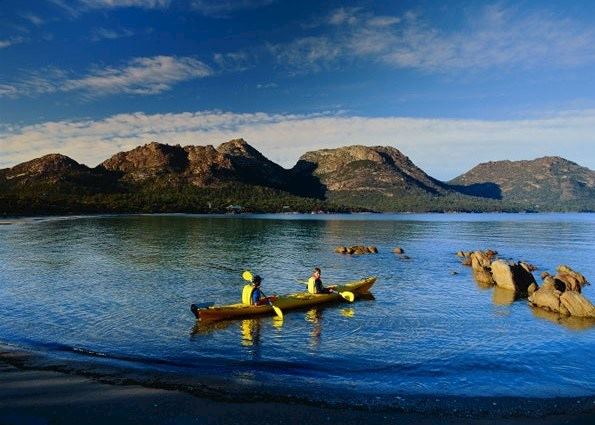 The walks can be as challenging or as relaxing as you want, tailoring the level of difficulty. The climb to the summit of Bishop & Clerk — 599 m (1,965 ft) — is a tougher section, but it offers incredible views of the Tasman Sea and the skinny isthmus. 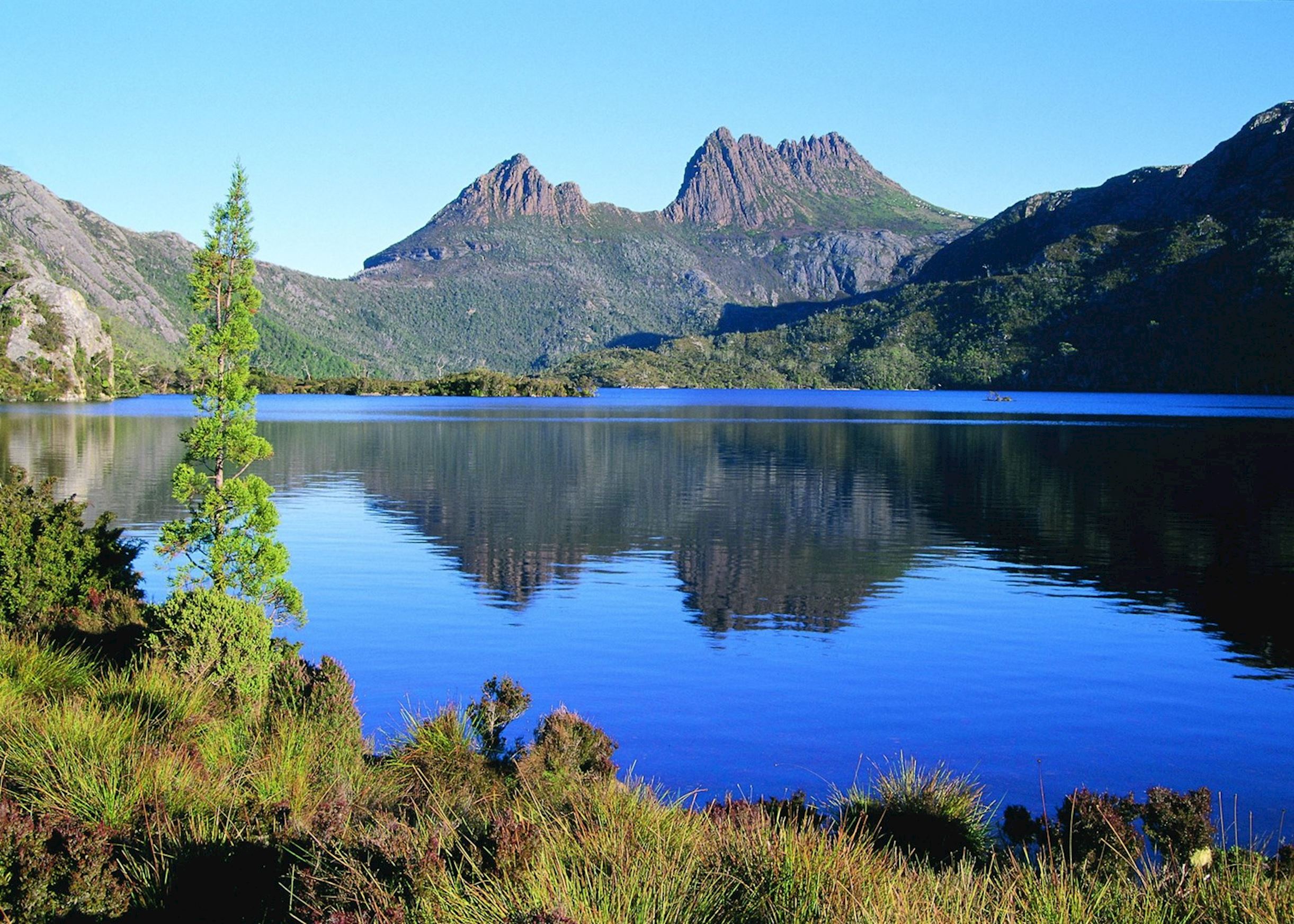 the track wends its way through 80 km (50 miles) of pristine national park to arrive at the beautiful Cynthia Bay on Lake St Clair, the deepest lake in Australia. The 9,000 walkers that run the gauntlet each year do nothing to dampen the feeling of pure wilderness. My guide-escorted hike included hot showers, delicious home-cooked food and a well-deserved glass of wine at the end of a challenging walking day. 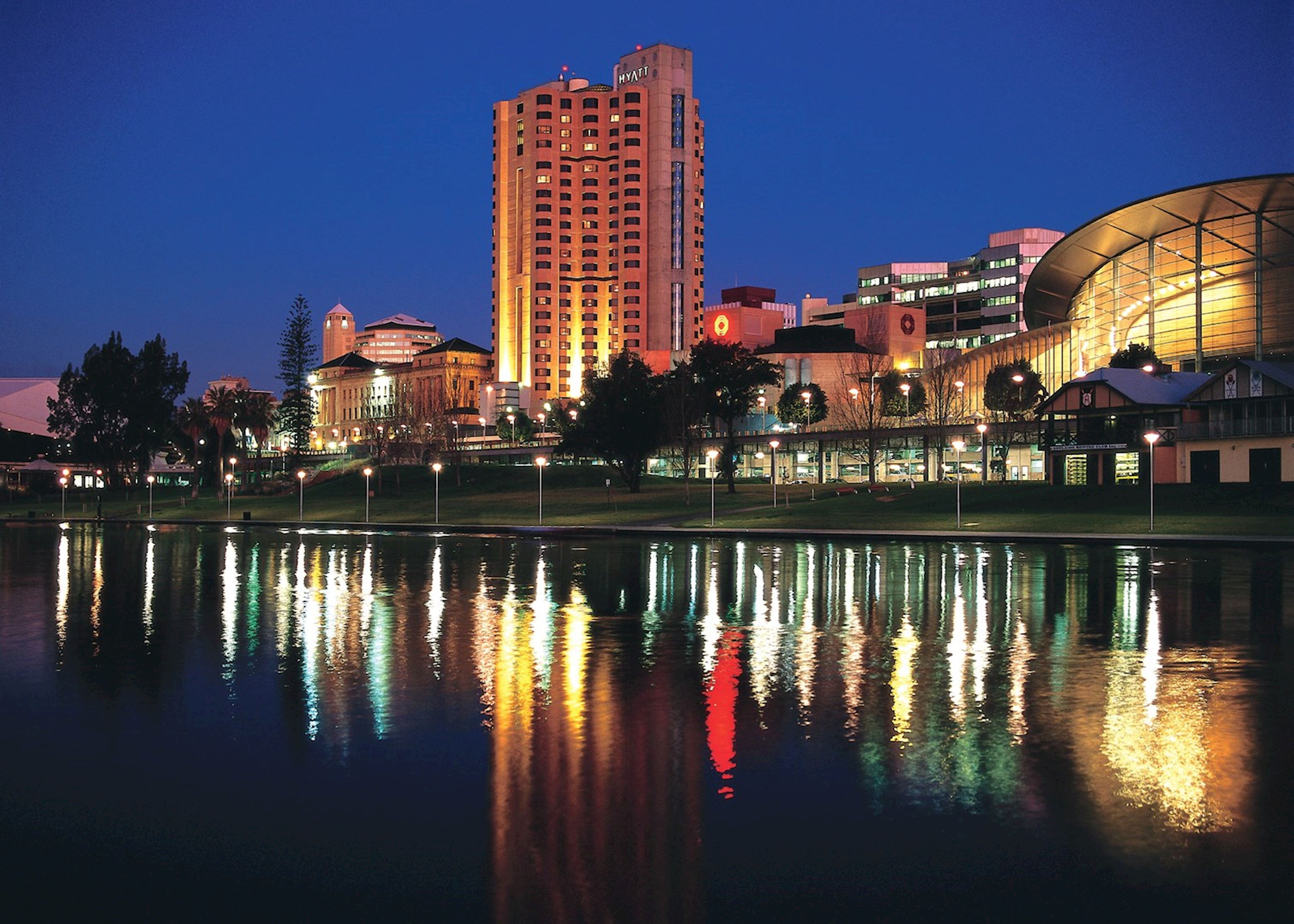 Over dinner we discussed the Aboriginal artwork we'd purchased that morning in Adelaide, at a market down by the River Torrens. People come from far and wide on a Sunday morning to appreciate the creations of this ancient culture. South Australia, and Adelaide in particular, take great pride in their Aboriginal heritage and the city's outstanding museums — especially the magnificent South Australian Museum and the Migration Museum — are a testament to this. 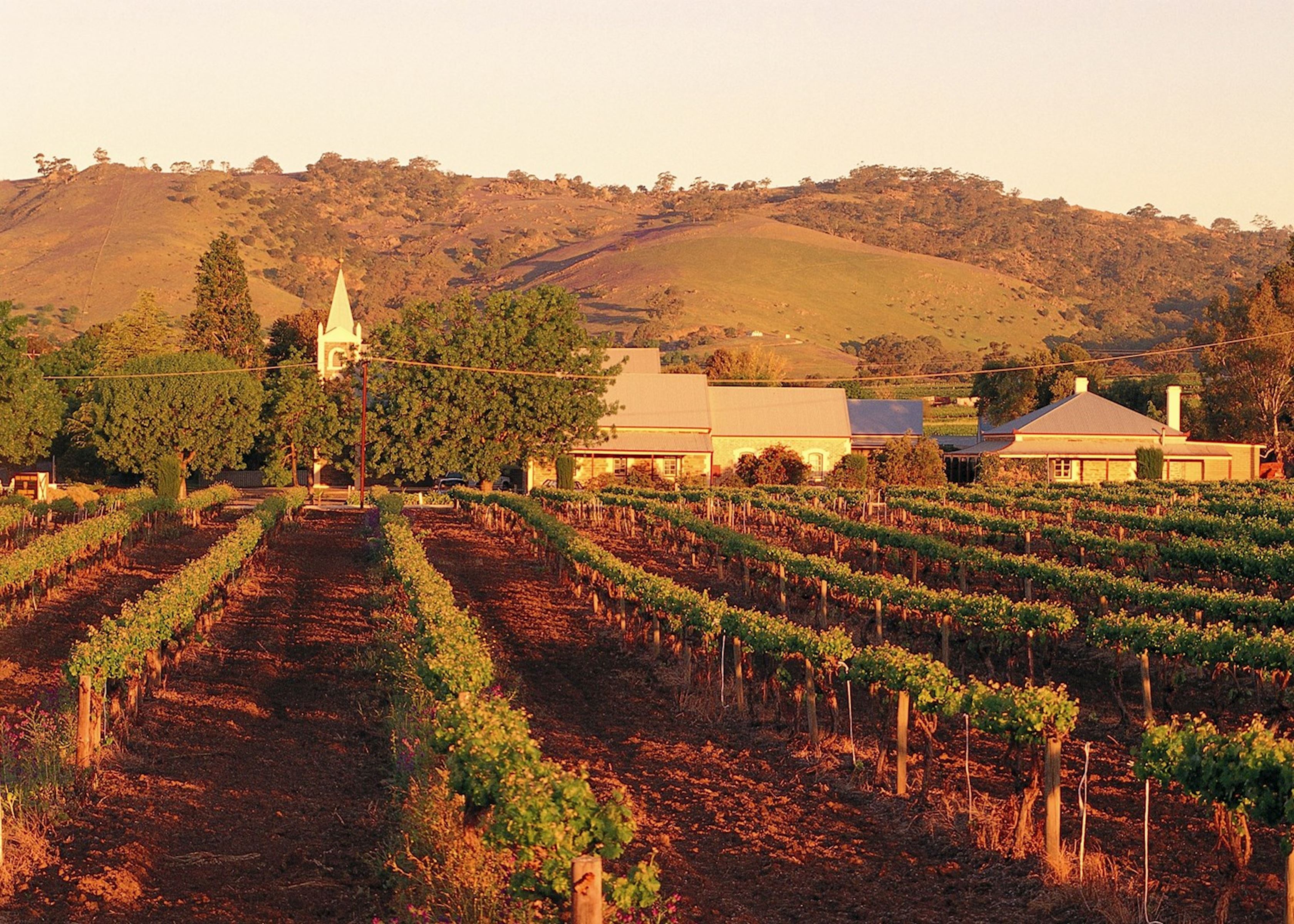 A day trip (or a weekend jaunt) from the state capital is done for one purpose only: to sample some of the best New World wines. We can thank Thomas Hardy and Dr Rawson Penfold for planting ancient vines in this fertile soil in the mid 1800s. Now we have boutique vineyards in the Barossa Valley and McLaren Vale beside olive groves, dairies, fruit orchards and bakeries — allowing you to enjoy some of the world's finest cheeses, artisan breads and olive pastes after a leisurely morning sampling the latest vintages. 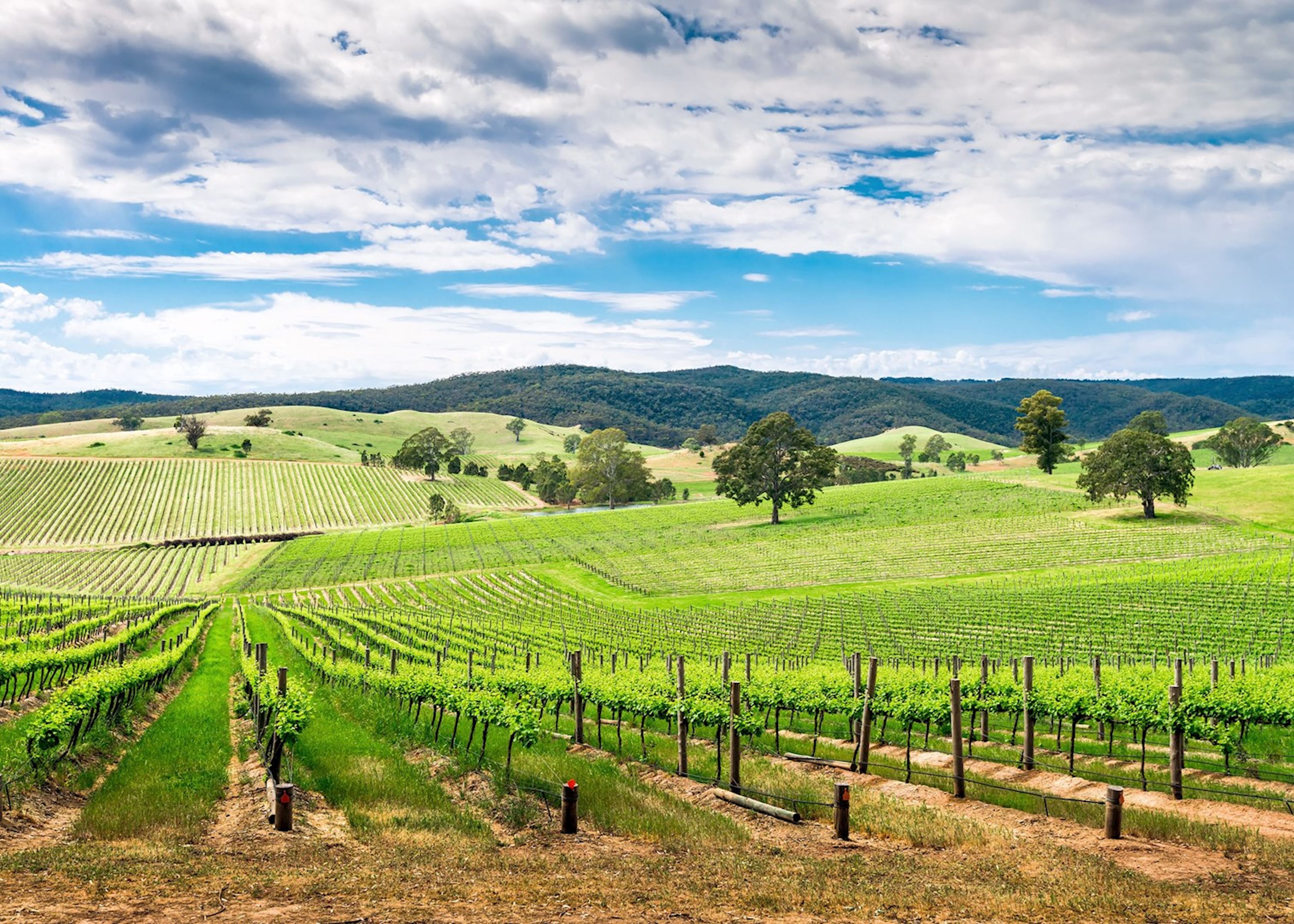