Kim and Judith Peto travelled to Sri Lanka with Audley

The wares being sold from roadside stalls on the drive to our first destination, Sigiriya, provided a quick insight into the diverse character of Sri Lanka: neat piles of yellow coconuts, brightly coloured clothes, all manner of car parts and alloy wheels, monkeys on leads dressed in jackets and hats, and very large bags of rice. Tuk-tuks spluttered constantly and Buddhist statues were visible at every turn. We passed through a village adorned in white funeral flags and admired the new cricket stadium in Dambulla. From our hotel room balcony that evening we contemplated the moon reflecting in our pool, the tiny bright flickering lights of fire flies, and a background chorus of tree frogs and cicadas. 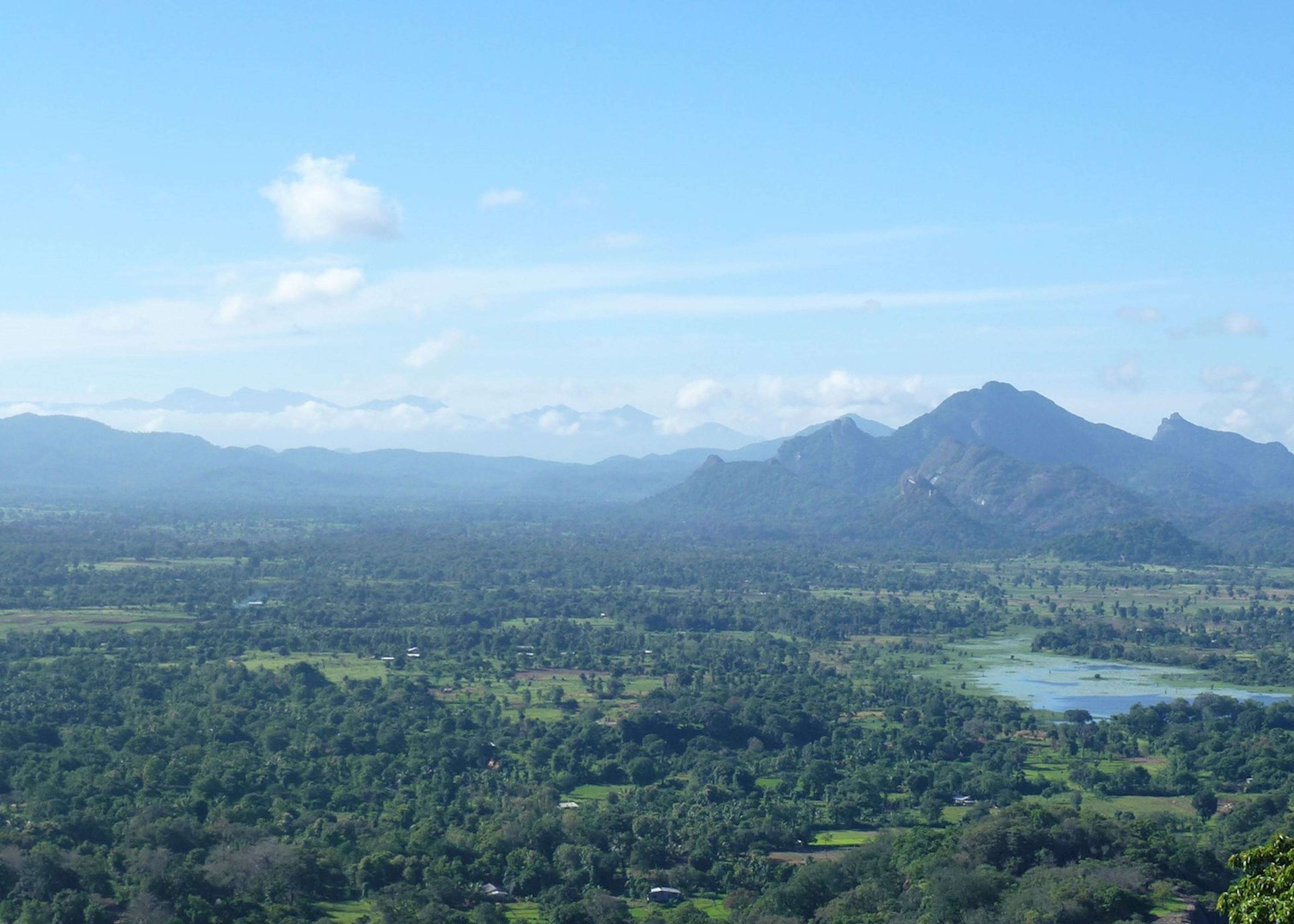 We were on the road to Sigiriya by 7am the next day, to be among the first to start the climb to the 370 m (1,213 ft) summit. Neil, our brilliant guide told us three people had died making the ascent — we were surprised it was so few. As we climbed up an enclosed winding staircase, we saw murals dating back to the 5th century. At the top we were rewarded for our exertions with fabulous views in all directions. Equally impressive is Gil Viharaya, a rock temple in the ancient city of Polonnaruwa. Four giant Buddha statues — two seated, one standing and one reclining — are carved into granite rock in amazing detail.

They all wanted to hear us speaking English.

Our next destination was The Ellerton, a boutique hotel in the hills near Kandy. We took Ben, the owners’ black labrador, on a three hour walk around the estate. The walk took us even higher into the hills, past an abandoned tea factory, Buddhist school and temple, children’s library and playground. At the highest point is a monument to Robert Knox, the son of an East India Company captain, who was shipwrecked on the island in the 1600s and remained in Sri Lanka for 15 years. 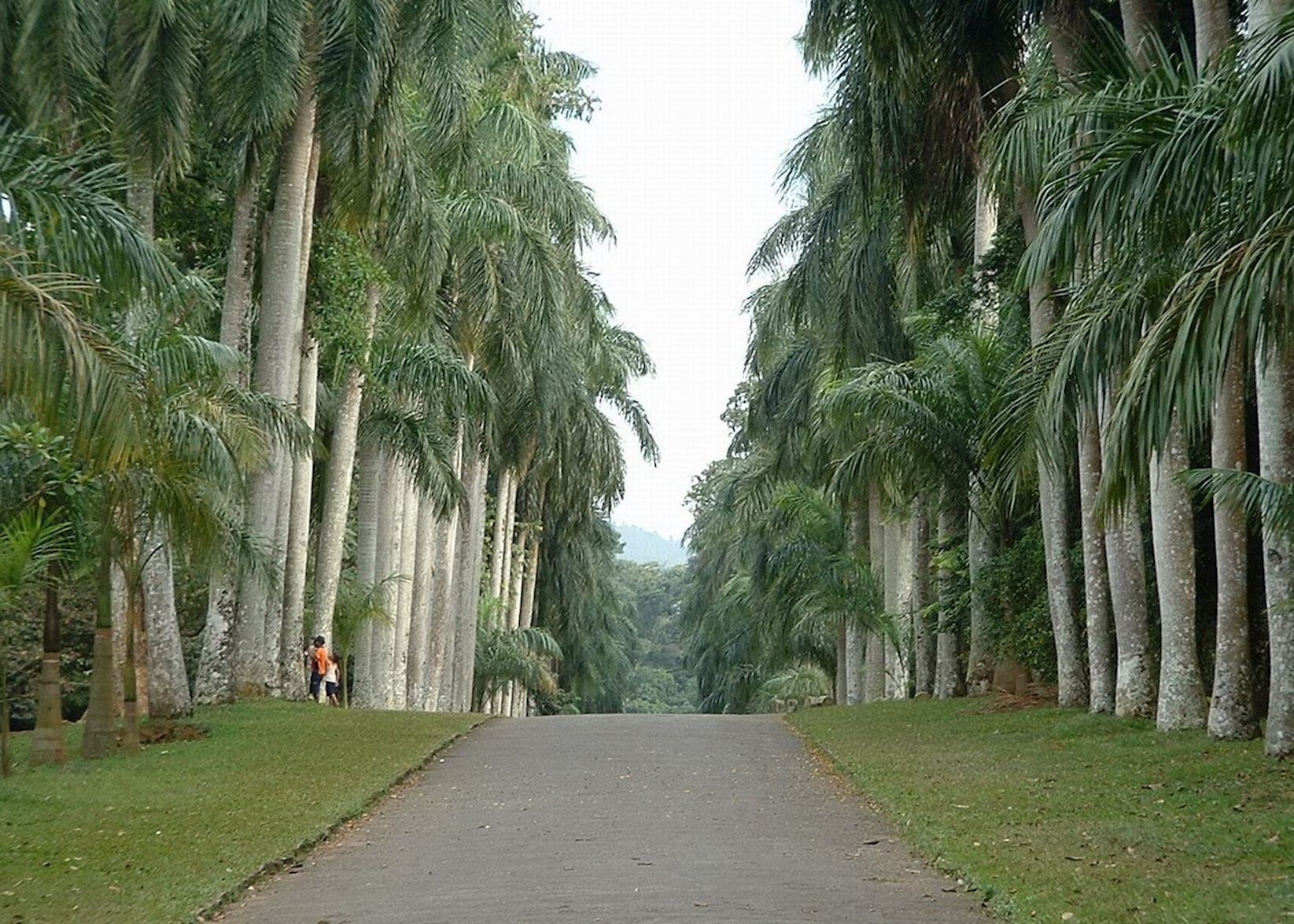 We encountered many local people who smiled and waved to us from their houses, the tea plantations and tuk-tuks. That evening, I ordered wild boar curry, the said beast having been shot in the forest close to where we were staying and delivered by tuk-tuk to the guesthouse chef. During an excursion to Peradeniya Botanical Gardens, 6 km (4 miles) outside Kandy, we met many students studying English at a private school. They all wanted to speak to us and hear us speaking English.

Our final destination was the coastal town of Wadduwa at Reef Villa and Spa. A day of relaxation was interrupted by the news of an earthquake in Indonesia and the need to evacuate the hotel. We packed two bags each and were taken to a small rest house. Several hours later, on return to the hotel after the tsunami all-clear, we had an unexpected visitor — our guide Neil with his wife and son. Neil had been concerned about our well-being and drove 60 km (37 miles) from his home to assist us. His actions were indicative of the generosity of all those we met on our stay in Sri Lanka. We are already planning our return.