What to do in Sri Lanka: our highlights guide

Sri Lanka offers an eclectic mix of landscapes, history and wildlife, and is compact enough that it can be comfortably combined into a two week trip, although shorter trips are possible.

Historical sites such as Dambulla Caves, Sigiriya Rock and the Temple of the Tooth provide an insight into the country’s Buddhist religion, while Yala and Uda Walawe are just two of the national parks where you can go in search of Sri Lanka’s wildlife. On the coast you can explore old forts and sandy beaches, while inland you’ll meet the leaf pluckers of the tea country.

Things to do in Sri Lanka: my selected highlights

Standing alone in a flat region of rice paddies and man-made lakes, created to help with the irrigation of the land, it takes 700 steps to climb to the fortress ruins at the top of Sigirya Rock. You can stop halfway to admire the beautiful women depicted in the vivid frescoes painted on the rock face.

Sigiriya Rock is located in Sri Lanka’s Cultural Triangle, which is often the start point for trips around the country, and I’d recommend spending two or three nights here to explore Sigiriya and other places of interest.

Polonnaruwa, the ancient second capital of Sri Lanka, is home to various temple ruins as well as a huge reclining Buddha carved into the rock face, while the cave temples at Dambulla, dating back to the 1st century BC, are caverns dug out of solid rock containing over 150, well-preserved images of Buddha.

A leopard stalks its prey in Yala National Park

This forest-filled park, with open pockets of land and watering holes, has the highest density of leopards in Asia, so the chance of spotting this notoriously elusive animal is good. I’ve seen five or so on just a couple of game drives.

My best leopard sighting was when it was just my jeep present, which can be rare in Yala National Park. Our guide spotted a female laying in the undergrowth by the side of the road, about ten metres away from the vehicle. Soon after, she was joined by her mate and the pair ambled across the road in front of us.

There isn’t any restriction on the number of vehicles allowed in Yala at any one time, and this can mean you’re likely to be joined by other jeeps, especially if there has been a leopard sighting. To get away from the crowds, you can go on longer game drives further into the park, but these are very much about seeing what you see rather than specifically tracking certain species.

Elephants, crocodiles, wild hogs, monkeys, deer and sloth bear are also present in the park. The sloth is even harder to spot than the leopard, but I saw two of these small, black bears on a recent trip.

It’s no longer possible to stay in the park, but you do have the choice between hotels nearby, or luxury tents  in the area that borders the park.

The colonial fort at Galle

In the southwest corner of Sri Lanka, Galle is a pretty colonial fortress with Dutch, French and British influences. Jutting out from the mainland, it’s surrounded by the Indian Ocean on three sides. The old quarter, or Fort as it’s called, is small enough to walk around on foot and, with a wide selection of boutique hotels and restaurants, it serves as a good base for exploring the surrounding region.

I’d recommend staying in Galle for a few nights to give you time to visit local markets in New Galle, a sprawling area that surrounds the original fortress. From December through to early April you could also embark on a whale watching trip from Mirissa, which is 90 minutes away by car.

Visit the atmospheric Temple of the Tooth

The Temple of the Tooth in Kandy

It’s widely believed that one of Buddha’s teeth is kept, concealed in a casket, within the Temple of the Tooth, and twice a day is briefly paraded around the complex. Buddhists gather for this significant event, and there’s likely to be a lot of people in the temple during this time. I visited on a Poya Day (a Buddhist public holiday which takes place every full moon) and joined the large crowd eager for a glimpse of the casket.

In July or August, Esala Perahera takes place in Kandy, when the tooth is taken out of the temple and paraded around the city. This is one of the country’s most vibrant and significant festivals, with painted elephants and Sri Lankan dancers. I’d recommend booking well in advance if you want to enjoy the Perahera first hand, the best hotels get booked up many months in advance.

Relax on one of Sri Lanka's beautiful beaches

In my opinion, Sri Lanka’s best beaches are found in the east of the country. Pasikuda is a particularly pleasant option. Sitting in a sheltered bay, the turquoise waters are shallow and safe to swim in, making this a good choice for families. There is also a selection of water sports available in the bay, including jet skiing and kayaking.

Trincomalee is another beach I’d recommend on the east coast of Sri Lanka. Set around a natural harbour, there’s plenty to see here aside from the golden sands, including a Dutch fort and age-old temples. If you visit during August you may also see whales and dolphins off the coast.

The beaches in the southwest of Sri Lanka stretch from the area around Galle, up to Bentota and round towards Yala National Park. They’re more popular than those along the east coast, and there is a variety of accommodation on offer. You’ll have the choice of some of the country’s best hotels, from intimate boutique properties, to five star resorts.

The Elephant Transit Home in Uda Walawe National Park helps young elephants that have been orphaned, before integrating them back into the wild. This is the only elephant experience we recommend in Sri Lanka.

Supported by the Born Free Foundation, the elephants are free to roam around and have very little human interaction. However, you can walk around on partially camouflaged wooden platforms to watch these majestic animals in their natural habitat. Twice a day you can watch the elephants being fed and there is a museum which explains about the work they do here.

Uda Wallawe is also the habitat for a number of bird species indigenous to Sri Lanka, and some leopard. I’d recommend just one night here to allow you time to visit the elephants as well as embark on a couple of game drives.

Sri Lanka’s landscape is a lot greener than many imagine, and nowhere is this more prevalent than in the Tea Country in the central highlands.

While you can travel from Kandy to Nuwara Eliya in the Tea Country by car, a slower and more scenic option is to take the train. During your journey you’ll travel through banana and eucalyptus trees, past tumbling waterfalls and finally through the rolling tea plantations, where tea pluckers still pick the leaves by hand.

You can visit a tea factory during your stay, where you’ll learn about the tea-making process, see the machinery in action and sample some tea for yourself.

Tea making is a subtle art, and it was interesting to learn about the different types of tea and how many different grades can be made from the same bush. This is dependent on when the leaves are picked and how they are then processed – this is a true, colonial experience. 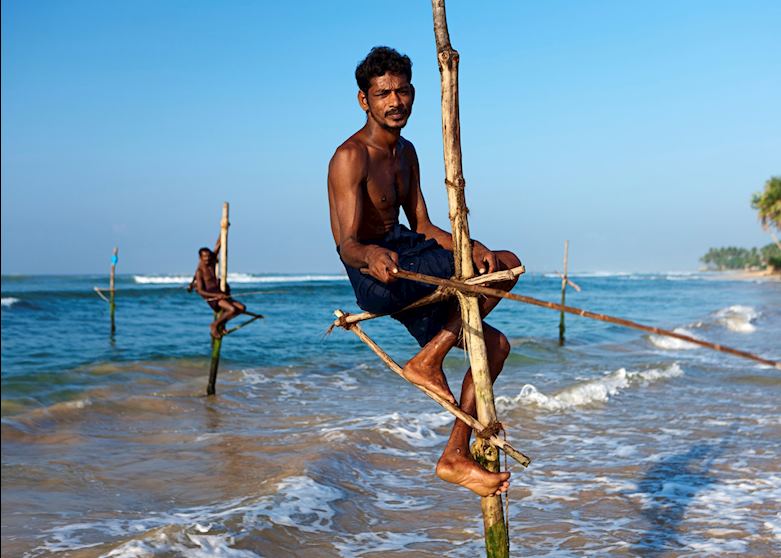 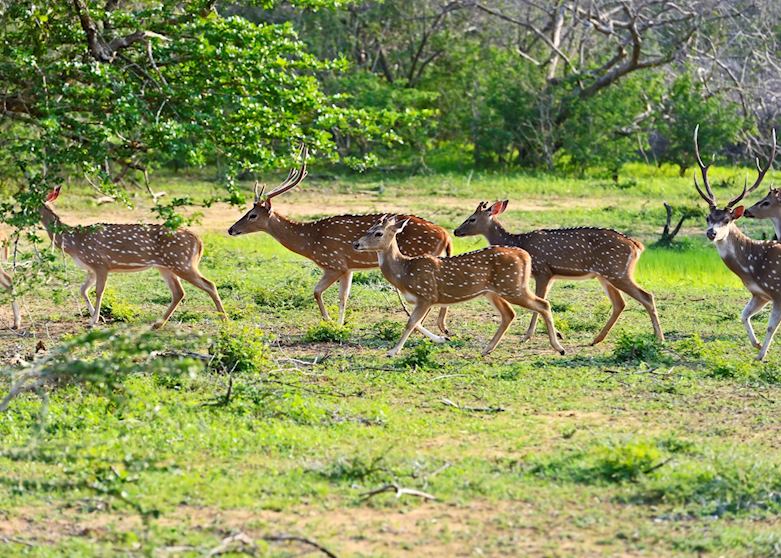 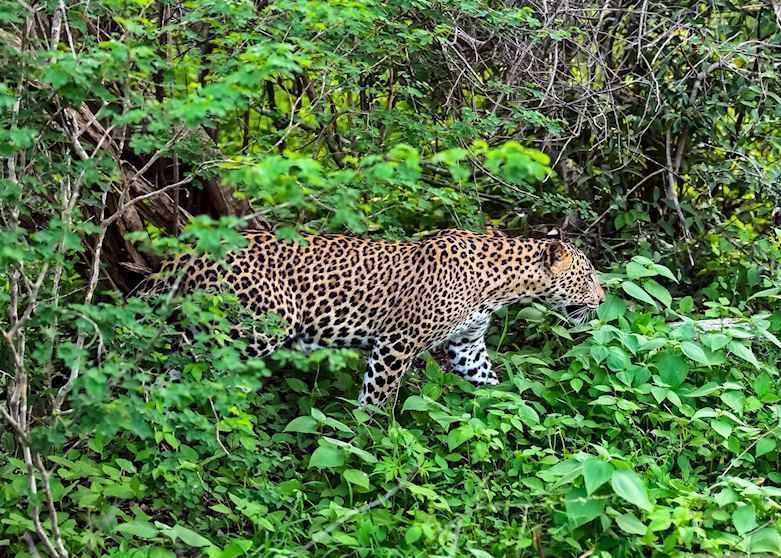