In the fourth century, King Pandukabhaya chose the village of Anuradhapura as the capital of the Sinhalese people. It quickly bloomed into one of Asia’s great cities, with wealthy monastic complexes, hundreds of temples and a sophisticated irrigation system. Its main trio of dagobas (domed structures containing holy relics) were, at the time, only rivalled in size by the pyramids at Giza. 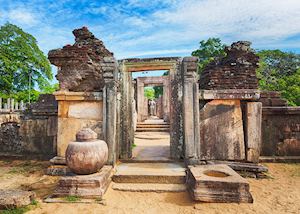 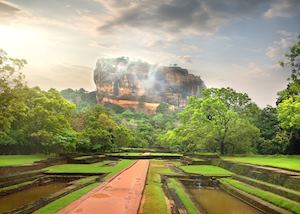 Any existence of lions in Sri Lanka has never been proven (although the animal is prominent in ancient Sri Lankan folklore, art and architecture), but the Cultural Triangle does harbour elephants, sloth bears and leopards.

Featuring heavily on our experiences of visiting the Cultural Triangle, these selected places are destinations that also prove consistently popular with our travellers. Our specialists can help you choose how to include them in your wider trip, based on your preferences.

Map view Places in and around the Cultural Triangle