While this is a popular beach resort, there are no beach bars or restaurants lining the sand, just hotels, villas and luxury resorts tucked behind the palms at discrete distances from each other. 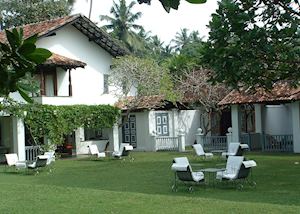 Take a long walk along the beach and you might notice that many of the buildings share similar aesthetics. They’re the work of Geoffrey Bawa, a Sri Lankan architect who created tropical modernism, a blend of modern minimalism and traditional design. 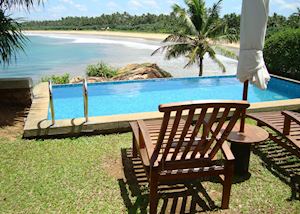 The hotels along Bentota’s beach range from the small, relaxed Club Villa to expansive resorts offering water sports and activities galore. The selection of exclusive luxury options includes Saman Villas, a collection of two-storey villas, each with its own plunge pool and butler.

While the beaches themselves are relatively quiet, there’s a collection of restaurants, cafés and shops inland. You can eat Sri Lankan curries in candlelit courtyards, at Indian restaurants set in old shophouses and homemade ice cream served in coffee shops.