Alison and John Moore travelled to South Africa with Audley

The cheetah in Amakhala Game Reserve are said to be elusive and rarely seen so we fully expected to leave the reserve without a sighting. After two days and not a cheetah in sight, this was only a minor disappointment due to the incredible wildlife sightings we’d already encountered. This included giraffe, zebra, rhino, elephant and numerous varieties of antelope. When our guide, Kyle, arrived for the usual 5.30am start buzzing with the news that he had seen cheetah tracks on the way in to the lodge you can imagine our excitement. 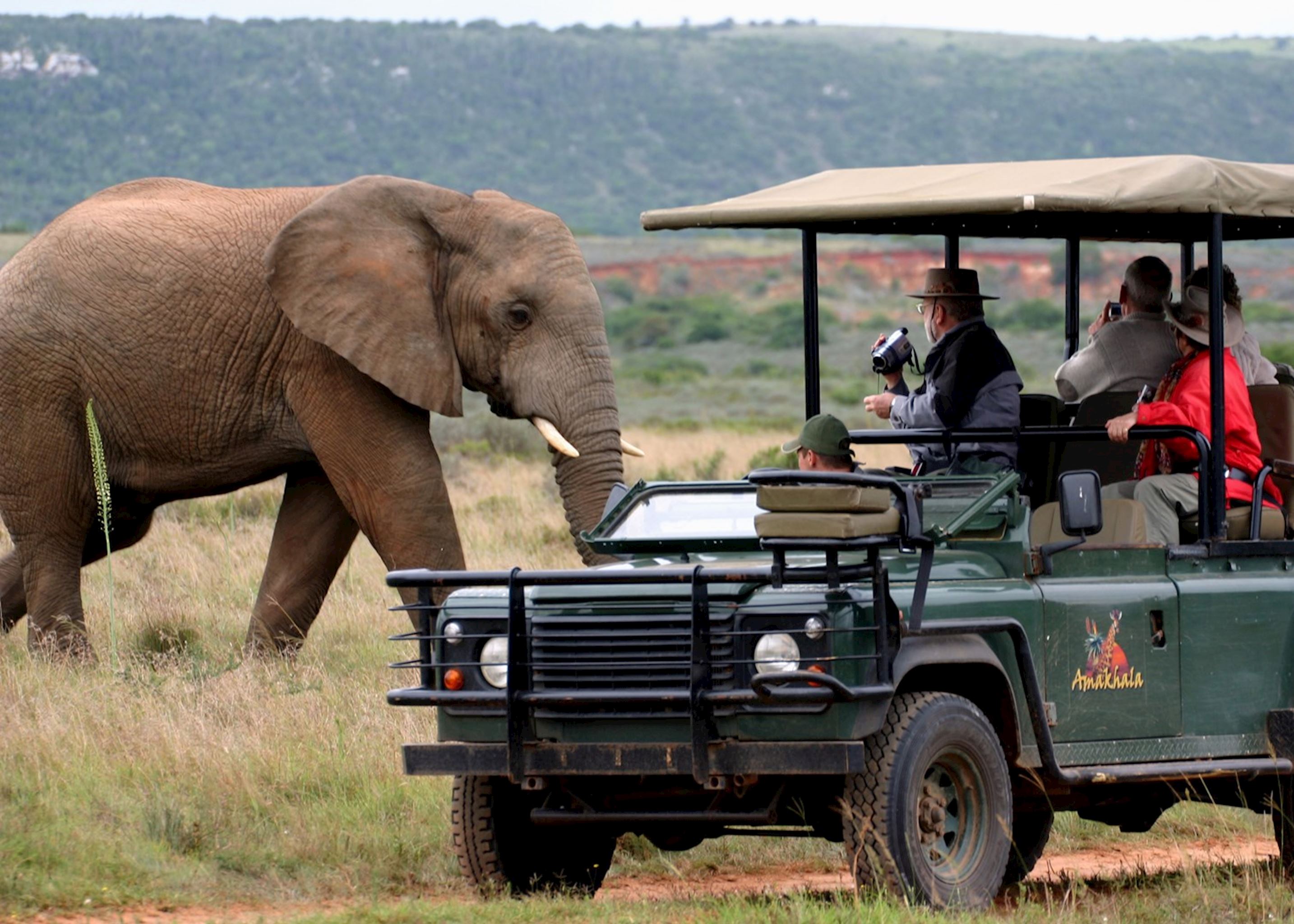 Seven of us piled eagerly into the Land Rover and by some means known only to Kyle himself we followed the trail of the cheetah to a nearby high point. Binoculars out and ready, the rest of us could only see the usual wildlife — no cheetah — although Kyle pointed to a distant track, at least one mile away, and declared, “There they are!”

Yes! The rest of us could see them at last, although they could quite easily be any medium-sized, four-legged animals for all we knew. “Definitely the cheetah,” cried Kyle. “Let’s go.”

Unfortunately, a mile as the crow flies is much further when you have to use the roads and it seemed to take forever to reach the spot where the cheetah were last seen. Kyle was confident that they would stay on the trail as long as they could, just like humans taking the easier route. The easier route was far from easy. The track was like a stream-bed of huge limestone rocks; at times it was so steep that we fully expected to topple over backwards.

The top of another hill and again our guide was casting about for tracks quite invisible to the eyes of the uninitiated. Here his local knowledge helped as we were getting near to the boundary fence and the area where the cheetah were born — Kyle had some idea of where they might be heading. Sure enough the signs were there and off we went again. 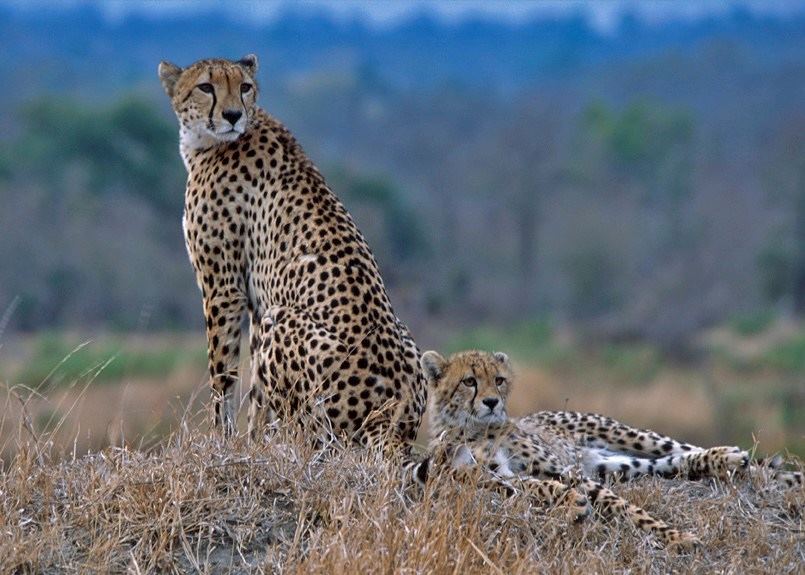 The boundary fence came into view and we diverted left to run parallel to the track very near to the edge of a rather daunting cliff. We were torn between looking at the magnificent view, watching for the cheetah or covering our eyes in sheer terror. We bumped along with no sighting and, close to two hours after leaving the lodge, Kyle turned the Land Rover around and rejoined the trail.

This was it, we all thought. We had missed the cheetah and we were about to give up and go back. The Land Rover stopped in the middle of the track… and then, over the brow of the hill, came two cheetah — strolling toward us without a care in the world. What an incredible sight!

We stayed as still and quiet as humanly possible and the cheetah ambled past us without a twitch or a sideways glance. We could easily have stretched out a hand and touched them.