South Africa safaris: our guide to the parks & reserves

Whether you’re a safari veteran or it’s your first time, South Africa’s diverse national parks and private game reserves offer some of the best game viewing opportunities in the whole of Africa. The majority of South Africa’s parks and reserves are home to the Big Five, and sightings of lion, leopard, elephant, buffalo and rhino all in one visit are not uncommon.

South Africa boasts a large number of game reserves and national parks, each with something different to offer. Most game viewing is undertaken on game drives from the lodges, with an expert guide who’ll explain the habits and life cycles of the animals you see. Occasionally, an additional tracker will help spot the wildlife, which can be well-concealed in the grass or undergrowth. In certain locations walking safaris are also possible. An exhilarating experience, they tend to focus on the smaller details that you might miss from a vehicle such as tracks in the dirt as well as the birds and insects.

Spot the Big Five in the Eastern Cape

The Eastern Cape is relatively new to safari when compared to the Kruger National Park, which has been operating since 1926. Established in 1992, Shamwari, home to the famous Born Free Foundation, is the oldest reserve in the region.

All game viewing in the Eastern Cape is in Big Five areas (lion, leopard, rhino, elephant and cape buffalo), so for a stay of three nights your chances of seeing all five animals are good, although not guaranteed. The most elusive member of the Big Five in the Eastern Cape – the leopard – can be relatively hard to spot due to its secretive nature and the fact that they are not as accustomed to vehicles in this region.

While on safari here I was lucky enough to enjoy two incredibly rare sightings. First a relaxed black rhino and her calf voluntarily came within five metres of the vehicle, then I spotted an extremely rare and nocturnal aardwolf during the day.

Most game viewing is conducted on game drives, however, you can also explore on foot. I’d recommend heading out with the more experienced guides, for example at the Kwandwe Private Game Reserve, as they are able to really bring the bush to life and highlight interesting details you may miss from a vehicle.

The Greater Kruger Region is the oldest and largest area of undisturbed natural bush in South Africa. The park covers an immense area, allowing animals to follow ancient migration routes between South Africa, Zimbabwe and Mozambique. The premier big cat viewing destination in South Africa, the Kruger National Park and the Greater Kruger Region (which includes a variety of private game reserves bordering the park) also boasts the highest densities and widest varieties of game animals in the country.

If you’re looking to travel on a budget and are happy to drive yourself around the park, you can choose from an array of government run lodges and camps within the park boundaries. For a more luxurious and exclusive experience the private game reserves are highly recommended.

Sabi Sands is arguably the most famous private game reserve in the Greater Kruger Region, but there are also a number of smaller ones such as the Timbavati, Thornybush and Klaserie Private Game Reserves, where you'll see fewer vehicles and just as much wildlife. Both the Sabi Sands and Timbavati have unfenced borders with the Kruger National Park, so game is free to move in and out. It isn’t unusual to see hundreds of buffalo in one herd in this area, where game densities remain high. If you’re looking for a tented safari experience then Ngala Tented Camp in the Timbavati region is a good option.

With a diverse range of habitats, the Greater Kruger Region supports many different forms of life. To the south and southwest, the rivers are bordered by woodland which gives perfect cover to leopard. To the north the woodland gives way to open grassland, where on one trip, I saw six individual leopard in just three days.

Safaris in the Greater Kruger Region are predominantly vehicle based, but it’s sometimes possible to take a bush walk too. The purpose of these walks is not to view the big game (although you never know what you might come across) but to introduce you to smaller creatures and insects, as well explaining the principles of tracking and spoor identification.

Madikwe Game Reserve in the far north of South Africa

Try an off the beaten track safari in the Madikwe

Madikwe, the second largest game reserve in South Africa is classified as malaria free and as such particularly appeals to families. Located near the border with Botswana you can arrive in around five hours by road, or in just one hour by light aircraft from Johannesburg.

The 750 square kilometres that make up Madikwe Game Reserve are a beautiful combination of rocky outcrops and open plains. There are very few large trees, thanks in part to the 1,000 or so elephant found here, and also because of the arid climate which is more similar to the Kalahari than the rest of South Africa.

Madikwe gained a reputation for good populations of wild dog, but unfortunately due to the introduction of rabies by poachers’ their numbers were decimated to only five individuals. Recently the population has started to bounce back, however, and on my most recent trip I saw a litter of nine pups. I have also heard that, since my return, another pack has also successfully raised a litter.

Although wild dog are rarely at the top of visitors’ animal wish-lists, they are the most endangered predators in Africa. Once you have seen these charismatic and sociable animals you will see why veteran safari-goers love them. Unlike other predators they can be very active during the day, hunting up to three times and with around a 75% success rate.

The quality and variety of the game viewing in Madikwe is unique and appeals to those who want a more traditional safari experience as you are less likely to see a lot of other vehicles whilst on game drives. There are also over 400 species of bird, so it is a popular choice for birders, with the opportunity for sightings of yellow-throated sandgrouse, kori bustard and Temminck’s courser as well as the barred wren-warbler.

Impodimo Lodge is my favourite in this area because of the vast number of elephants that often come to drink at the watering hole during the mid-day siesta.

The battlefield site of Isandlwana in KwaZulu Natal

There is so much to do in the KwaZulu-Natal area that you can spend two to three weeks just in this region, combining time on safari with an exploration of the military history that the region is famous for.

Probably the best private game reserve in this area is Phinda. Home to the Big Five as well as &Beyond’s Guide Training School, it’s a really special place, particularly for rhino viewing. There aren’t huge populations of either lion or leopard allowing cheetah (who are usually out competed by the other big cats) to thrive.

There are seven different biomes within the reserve, from mountains to the unique sand forest, giving you a wonderfully diverse experience. You can see animals here that you are unlikely to spot elsewhere in Africa, such as the suni antelope, which are just 15 inches high and weigh only four kilograms. Game drives and walking safaris are both possible, making this area perfect for active safari-goers.

KwaZulu-Natal is my favourite part of South Africa. It wouldn’t be accurate to say it’s off the beaten track, but it’s certainly lesser known and quieter than other areas. As well as safari, you can visit the battlefields of the Anglo-Boer and Anglo-Zulu wars, or if you want to walk there are some excellent hiking trails through the Drakensberg Mountains.

To round off your trip you can spend a few nights on the wonderfully remote Elephant Coast, where, if you’re travelling in January, you might even see leatherback turtles hatching on the beach, or in November the adult females nesting.

The Winelands region to the east of Cape Town

Combine a safari with other highlights of South Africa

Cape Town and The Winelands work well as a combination with most parts of South Africa. You can fly directly from Cape Town to the Kruger Region or to the Eastern Cape Game Reserves.

Johannesburg is the other major entry point to South Africa and, during your stay you could visit the Apartheid Museum, the Pretoria Diamond Mines or perhaps the Cradle of Humankind, where the largest number of hominid remains have been found.

Depending on what time of year you’re travelling to South Africa, and particularly if you’re visiting Kruger, you may want to combine your safari with a visit to the Victoria Falls, just a two hour flight from Johannesburg.

Alternatively, if you’d like some true relaxation after your safari then you couldn’t wish for better than the azure waters and beautiful beaches of the Seychelles, Mozambique or Mauritius. These all offer a huge range of hotels, from small self-catering apartments to the most opulent and indulgent beach accommodation. Or, within South Africa, there is also the Elephant Coast, with its wild beaches and rustic accommodation. 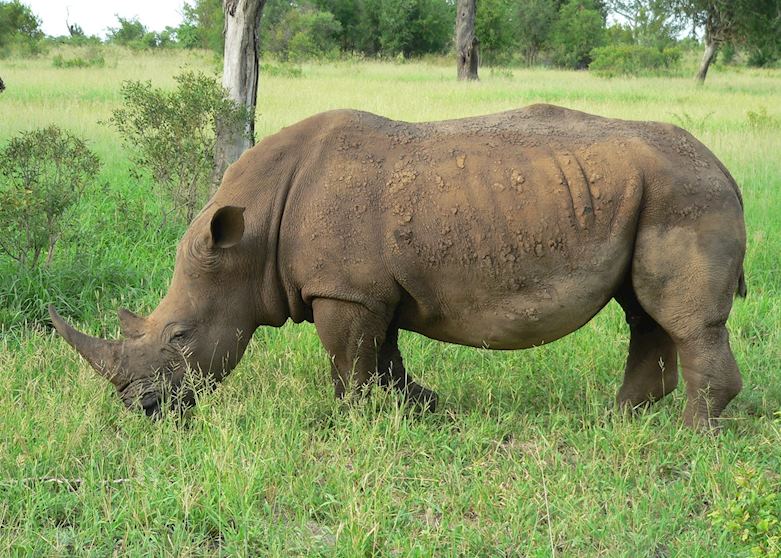 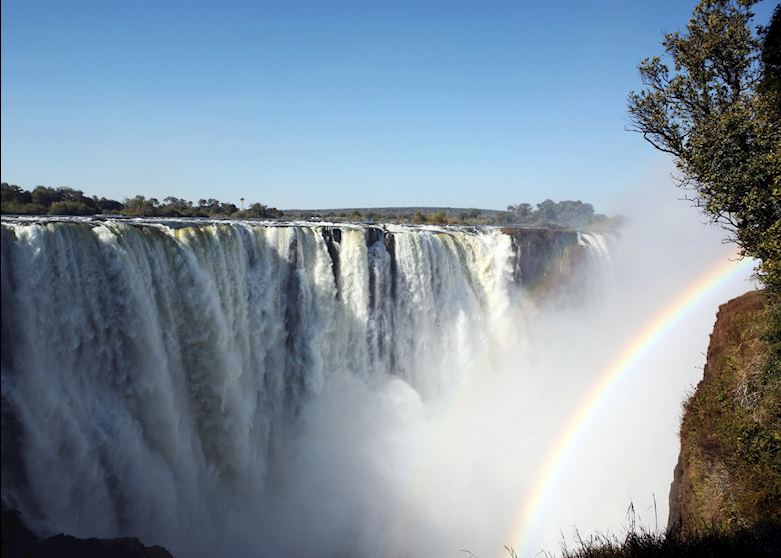 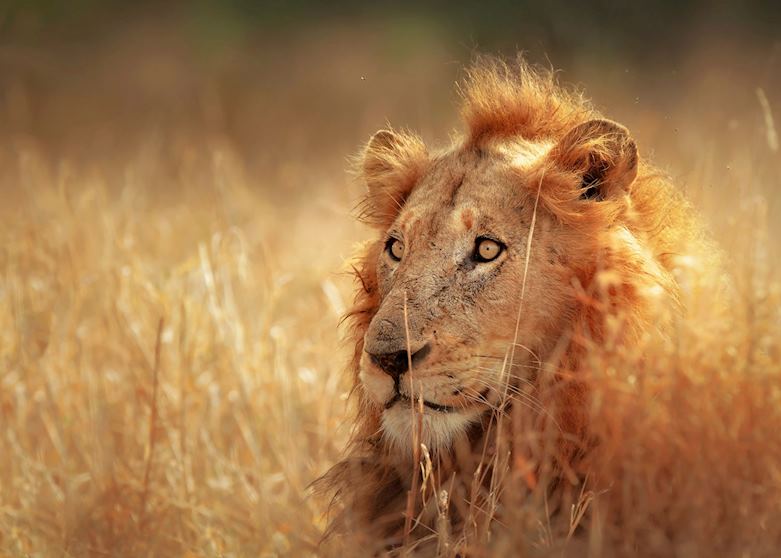