Cambodia’s Preah Vihear temple is back on the map

Eight years ago I camped on a promontory, 500 metres above the Cambodian plains on the border between Cambodia and Thailand. Our campsite was the temple complex of Preah Vihear.

I'm one of the few and, as it transpired, last Westerners to have had the pleasure of this experience. Shortly after my stay, a dispute over the ownership of the temple reached an impasse between the neighbouring countries, troops moved in and the British government issued the advice against journeying there.

But, with the lifting of tensions, the Foreign Office has now declared it safe to visit Preah Vihear once again. So, as the temple re-takes its place on the route map for more adventurous travellers to Cambodia, why is this news so heartening?

A temple with an unbeatable location

Preah Vihear has easily the most impressive location of any temple in Cambodia, or anywhere in fact, that I've seen. Its isolation, standing sentinel at the top of a cliff with nothing else for miles around, is what (quite literally) elevates it above Cambodia's other temples.

My guide had obtained a special permit for us to stay at Preah Vihear overnight - a sought-after and seldom-given permission slip. Two monks were our only companions, monks being allowed to camp at sacred sites.

As dusk fell, we gathered close to the cliff-edge with the temple behind us and the sun setting in front. The only light came from the cooking fires in the villages on the plains, sending smoke spiralling up into the night.

To be there in the evening after the last day-trippers had departed, and the peace and tranquillity it evoked, remains one of my strongest memories from all my travels across Southeast Asia. 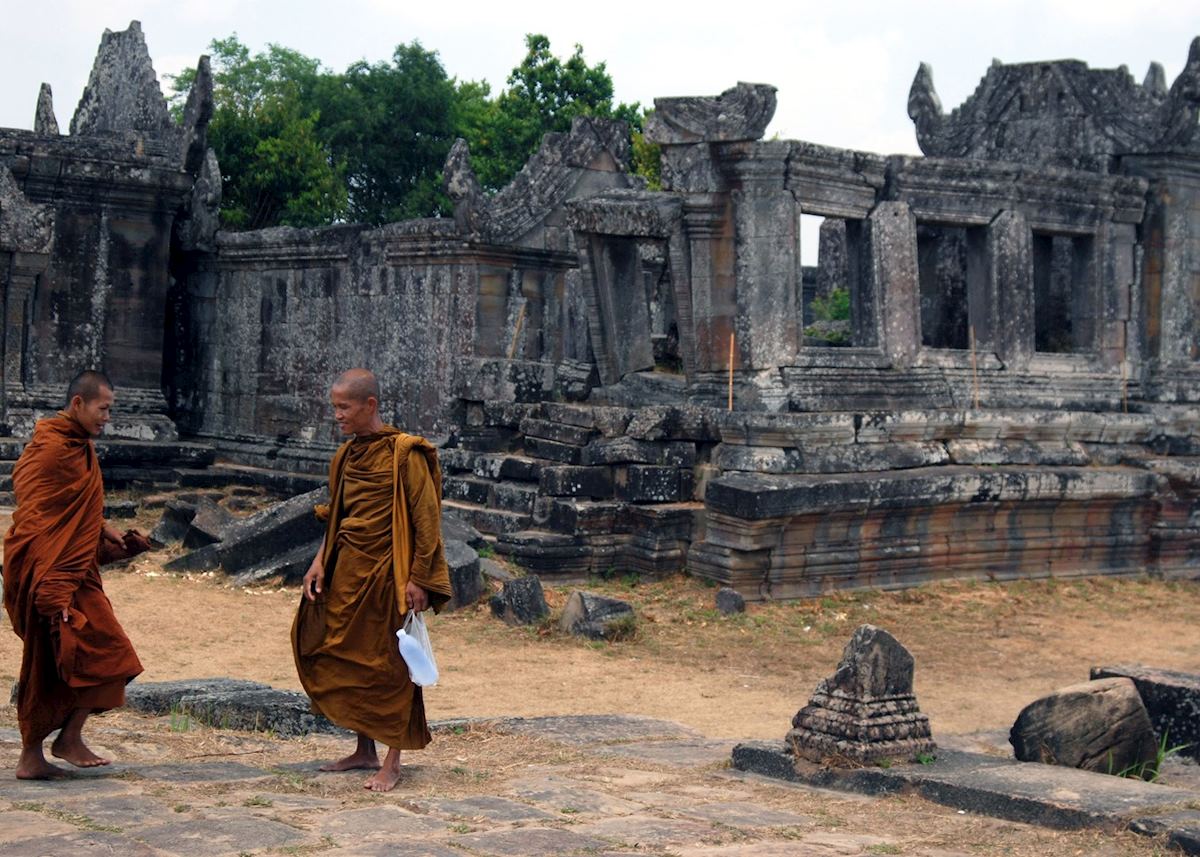 Buddhist monks walk alongside the central sanctuary at Preah Vihear 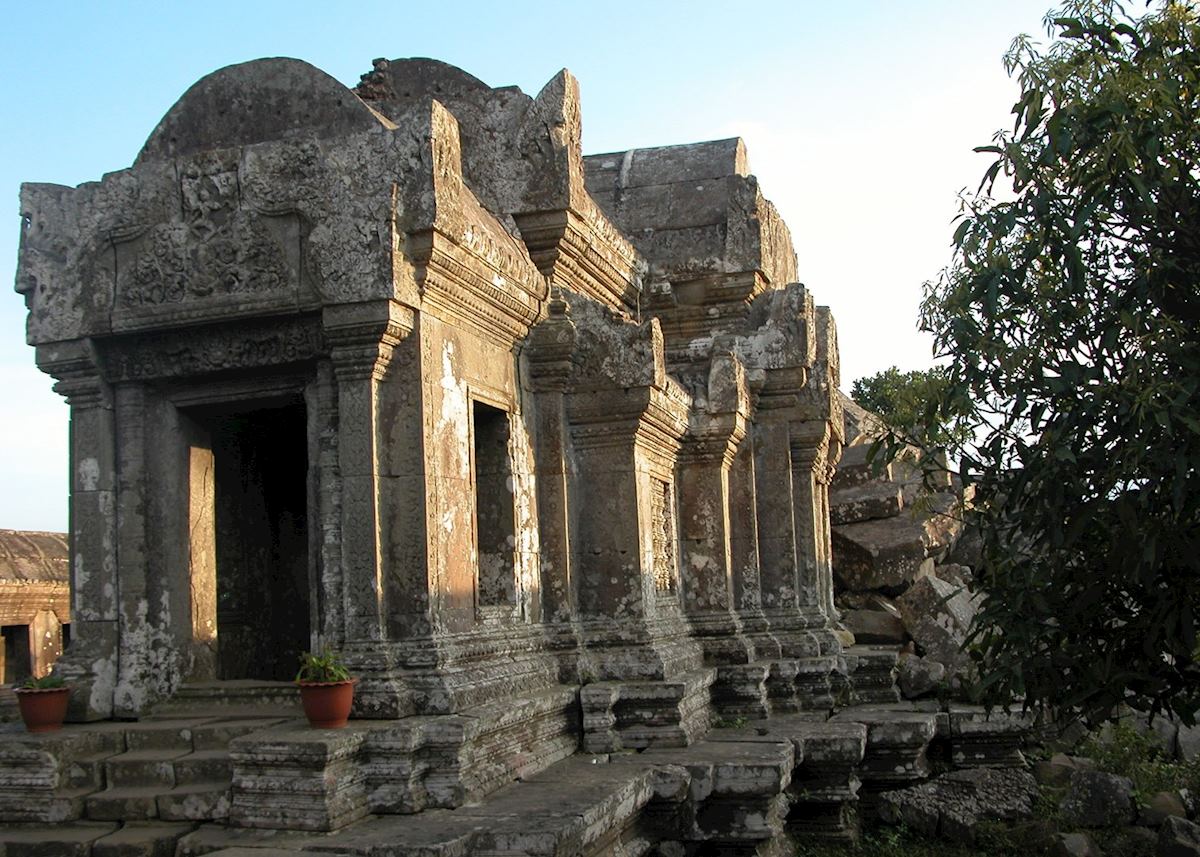 Building work really began at this Hindu temple, dedicated to Shiva, in the 11th and 12th centuries. ‘Preah’ means sacred and ‘Vihear’ means shrine. And, unusually for Cambodian temples, it sits on a north-south axis rather than aligning with east to west.

The ornate carvings that once decorated it are now mostly gone, but some remain, and the temple’s rows of colonnades give it a faint Roman air. The main colonnade leads you to a series of steps at the top of which is the temple’s most sacred place and its most spectacular viewpoint across the rice paddies and plains below. 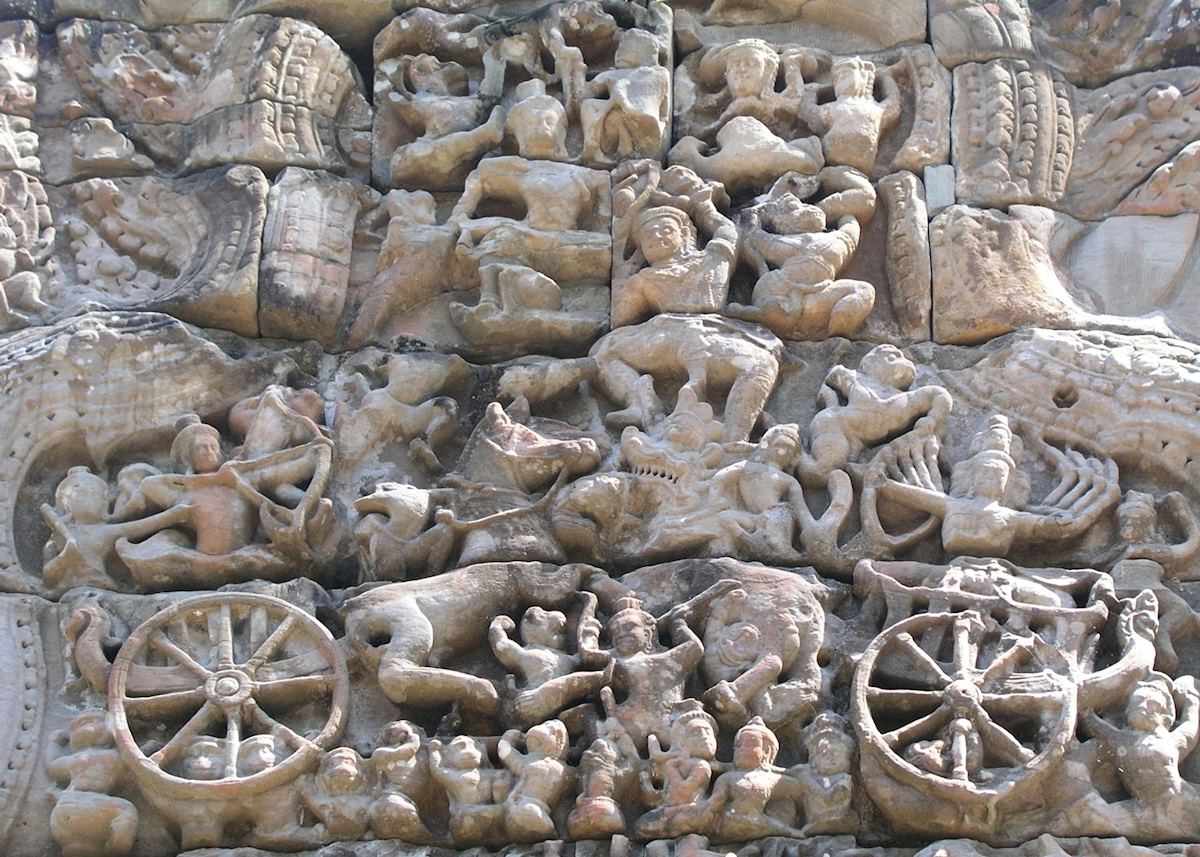 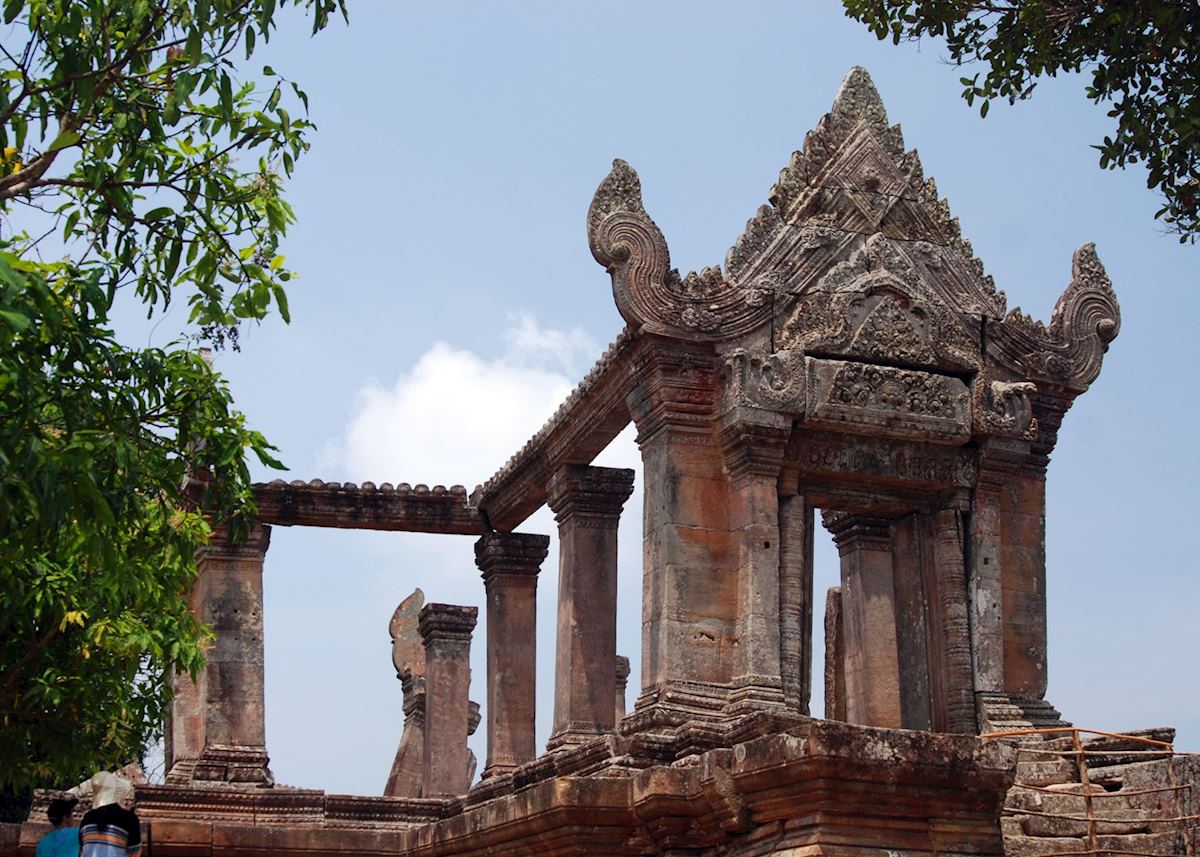 The first gate at Preah Vihear

Getting to Preah Vihear

The temple is a day's drive north from Siem Reap along variable roads, staying overnight in the local guesthouse. For now, Preah Vihear is only available as a day trip. But, sooner or later, the Apsara Authority will start issuing permits to camp overnight, and then people should be clambering to get there.

Camping at the temple

What we hope to be able to offer our travellers is a temple safari at Preah Vihear the overnight camp that I was lucky enough to experience.

A temporary camp is driven up to the temple by truck, and a proper bed, and toilet and shower tents assembled. A chef from a Siem Reap restaurant will cook your evening meal of Khmer food over a camp fire.

In the morning, for sunrise, I recommend sitting on the steps with a hot cup of coffee, as I did, watching dawn unfold. One of the monks sat alongside, and we marvelled at the setting in silent companionship. It really is good news to have Preah Vihear back on the map. 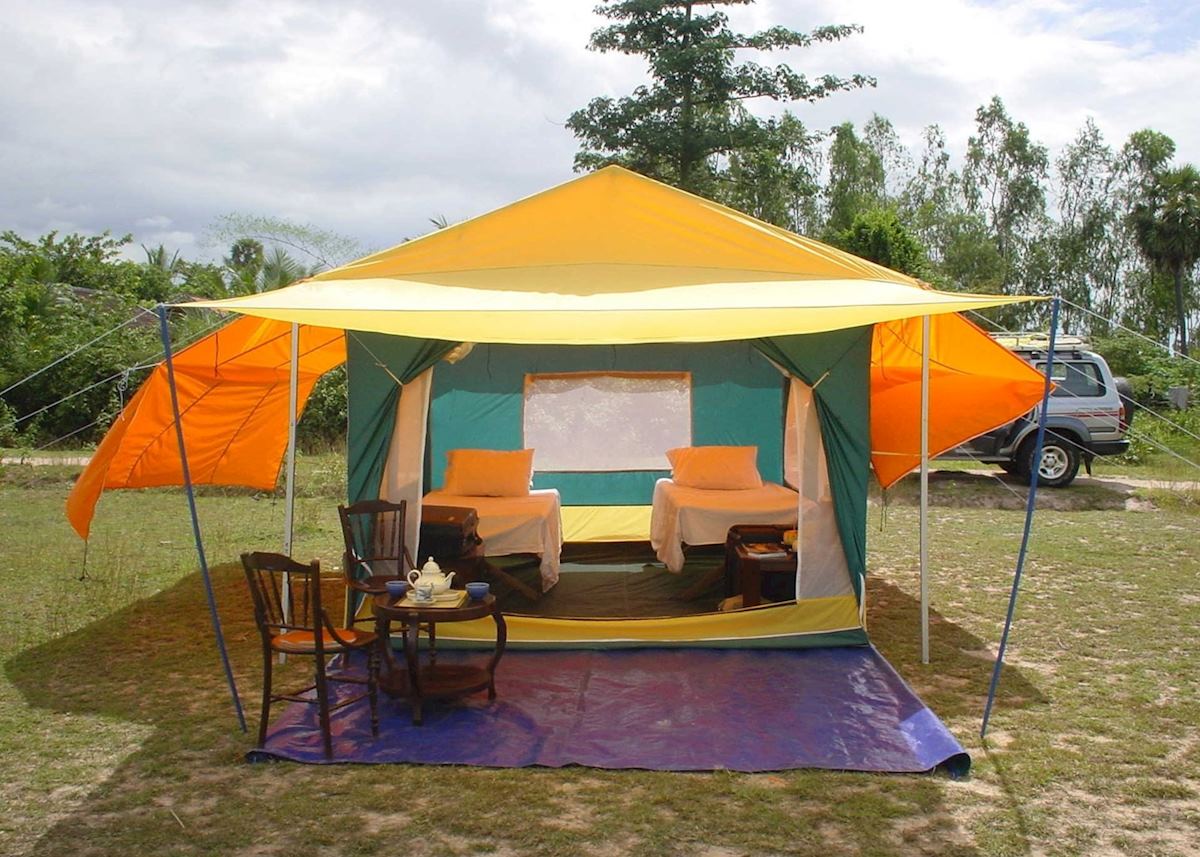 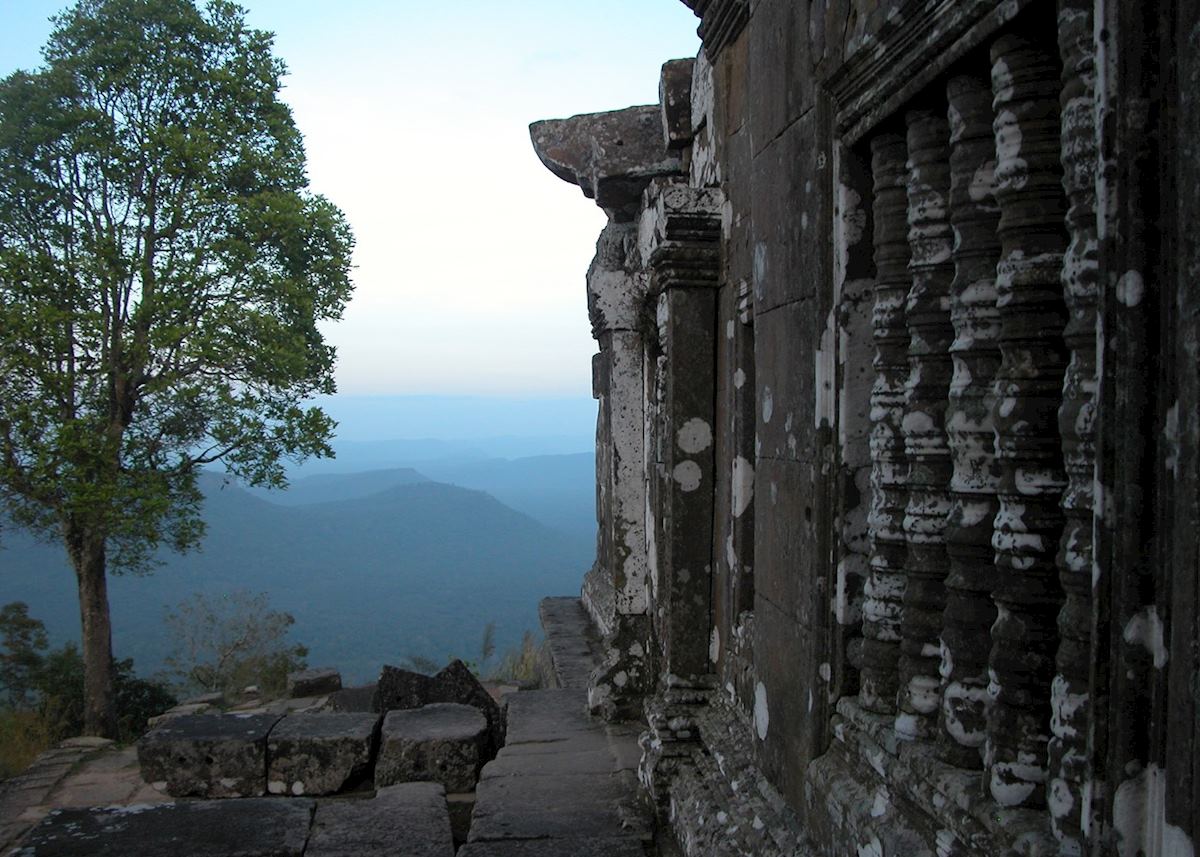 Visit Preah Vihear as part of your trip to Cambodia 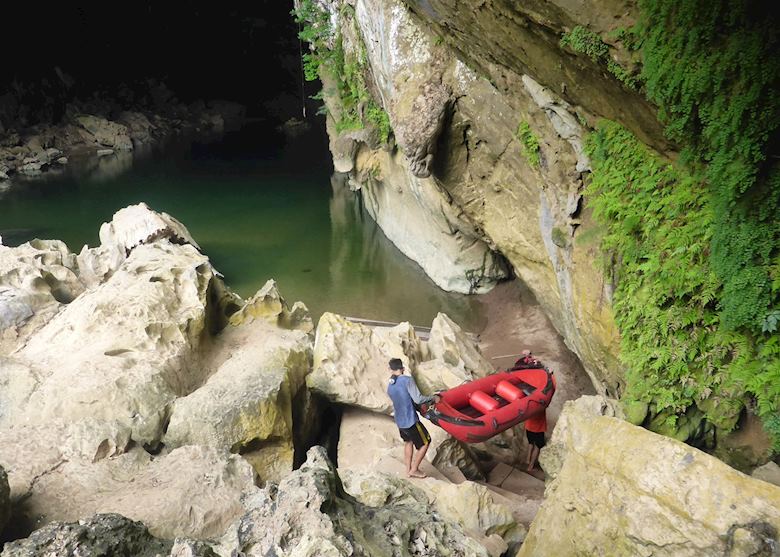 Off the beaten track Laos and Cambodia 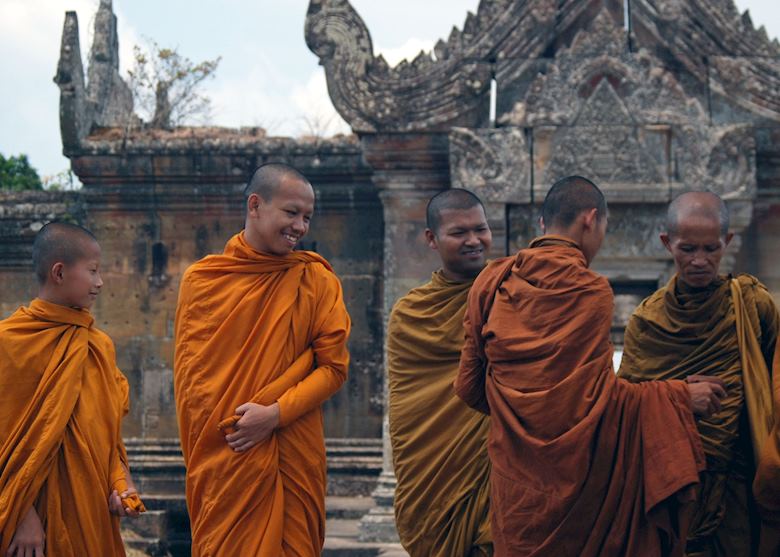 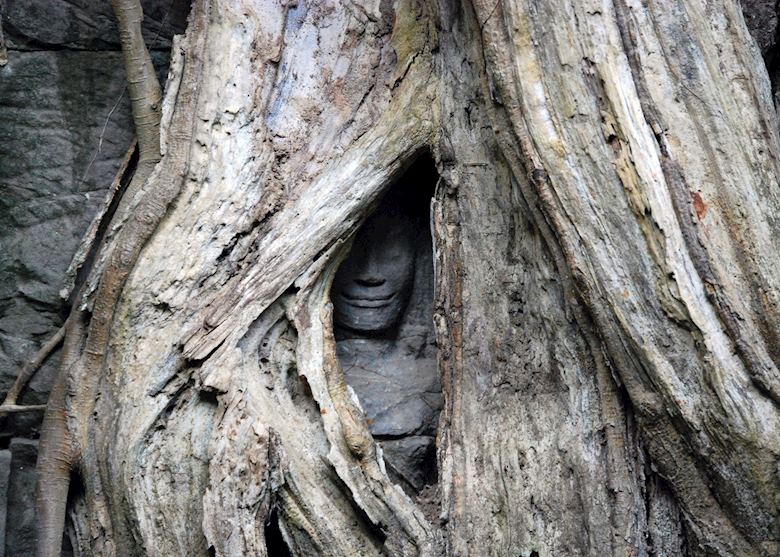 Eastern Thailand and the forgotten temples of Cambodia