People and the Poles

It is fascinating how the uninhabited parts of this planet have managed to produce some of the most astounding stories of human endeavor. When it comes to the lure of the polar regions, history reveals some catastrophic failures, often triggered by the repeated triumph of nature over the arrogance of man, but it also gives us truly inspirational stories of survival.

Take Douglas Mawson for example, an Australian geologist who led an expedition to King George V Land (part of Antarctica due south of Australia) in 1912. Whilst out surveying, and weeks away from his base camp, he lost his two colleagues, his tent and virtually all his food supplies to a crevasse. He should never have survived but somehow he managed to travel 100 miles with a few remaining sled dogs, which he eventually sacrificed for food, and lived to tell the tale. 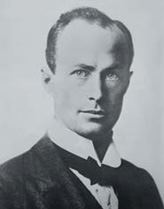 Compare that to Salomon August Andreé's ill-fated Arctic Balloon Expedition of 1897, a trip that was planned to go from Svalbard in the Norwegian Arctic to the Russian or Canadian Arctic, over the Magnetic North Pole. All three expedition participants perished on the pack ice, following poor planning and a reliance on techniques known to be ineffectual at the time. 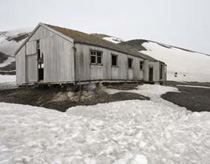 So what of the great men: Amundsen, Shackleton and Scott? Their very names inspire tales of superhuman endurance and stamina and draw visitors to these regions year after year. What can you see of their efforts to conquer the ends of the earth? As you can imagine, much of the ground they covered is far too deep into the ice for all but the hardiest of travelers, but for those willing to venture to Antarctica or the Arctic there is still plenty to uncover.

Roald Amundsen, the Norwegian who beat Scott to the South Pole, has to be considered one of the biggest polar achievers of all time. Most famous for his exploits in the far south, few remember his triumphs in the north. Amundsen was the first man to reach the North Pole and the first to get through the fabled North West Passage. Tragically he was lost in the north, killed in a plane accident near Bear Island, Svalbard, whilst on a mission to rescue the crew of the stricken airship Italia. 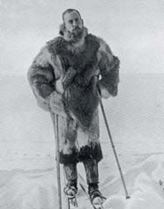 Traveling to Svalbard (the archipelago which includes the island of Spitsbergen) will take you to Ny Alesund, the site of a modern scientific community. It is a place that Amundsen knew well and it is from here that so many Arctic expeditions set out. Amundsen's bust looks over the settlement with an expression of steely determination and it doesn't take much to imagine him here surveying the land and the weather while preparing for his next trip. En route to Spitsbergen you will also stop in Oslo, where you'll have the opportunity to see Amundsen's ship, the Fram, which is housed in the national museum.

Down south, Captain Scott’s hut at Cape Evans is an evocative homage to the great man and draws people on long voyages across rough seas from New Zealand. This tiny hut is home to a wonderful collection of items left behind by his team of explorers, allowing you to feel ever closer to them and giving you an insight into just what a struggle it was to live here. 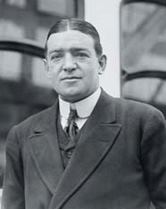 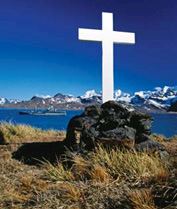 Following in the footsteps of the greatest leader of them all, Sir Ernest Shackleton, is one of the most amazing polar experiences. South Georgia, visited on cruises departing from Argentina, drips with polar exploration history. You can even walk from Fortuna Bay to Stromness, which was the last stretch of Shackleton's epic journey from the frozen Weddell Sea to Elephant Island and South Georgia. The walk is a small but insightful glimpse into the bravery and determination of this great man. Such is the respect for this polar explorer that every ship that passes stops to raise a drink to “The Boss” at his grave — a unique and moving experience.