The capital city of the state of Villa Clara, Santa Clara is most famous for its pivotal role in the Cuban revolution. 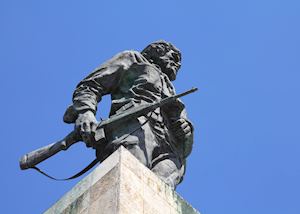 On December 31, 1958, the combined forces of Che Guevara and Camilo Cienfuegos attacked the city by de-railing a train carrying military supplies for the dictator Fulgencio Batista's troops. Once Che and Camilo had captured the city Cuba was effectively split in half, cutting off all communication between the west and east of the island.

This was the decisive moment in the revolution and Batista fled the country a few hours later. Then on January 1st 1959 the victorious revolutionaries, including Fidel Castro, arrived in Havana seizing power and starting a new era in Cuban history.

Part of the train is still on display in the city and there is a huge memorial where Che Guevara and other revolutionaries are buried in the city's Plaza de la Revolución.

Our itineraries will give you suggestions for what is possible when you travel in Santa Clara, and they showcase routes we know work particularly well. Treat them as inspiration, because your trip will be created uniquely by one of our specialists. 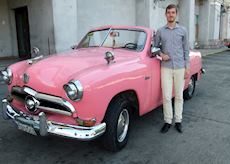