The Palace of Knossos, pink-sand beaches and Venetian architecture, all on the ancient island of Crete.

Standing at the crossroads of three continents, and at the heart of many classical myths, Crete is part of Greece but also boasts its own unique history and character. A visit here offers you a chance to delve into the cryptic remnants of the island’s ancient Minoan society and to learn how it directly influenced the better-known ancient Greek culture. For example, we can arrange a private tour of the Palace of Knossos, which is thought to have inspired the legend of the Minotaur and the labyrinth, or you can climb the mountains to visit the most popular of the caves that lay claim to being the birthplace of Zeus.

But it’s not all ancient history. You’ll find some of the country’s best restaurants tucked away in the fishing village of Elounda, on the east coast, and a beach with pale-pink sands on the west coast. Readers of The Island may also want to visit the novel’s setting, Spinalonga, the last leper colony in Greece and home to a Venetian fortress.

Things to see and do in Crete 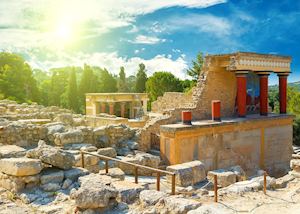 Crete’s vibrant, if dusty, capital, Heraklion boasts thriving café, gallery and restaurant scenes. Despite its distinctly modern atmosphere, however, this port city has history that dates back to the middle Bronze Age. Over the millennia, it’s been occupied by almost every empire that’s passed through the Mediterranean, including the Venetians, Ottomans and Byzantines, all of whom have left their stamp on the old town.

The earliest inhabitants were the Minoans, widely considered Europe’s first advanced society, who made the city the Mediterranean’s most important trading hub from 2700 until 1450 BC. As a result, the country’s wealth of ancient art is concentrated in the city’s Archaeological Museum. A privately guided tour of the museum, followed by a guided visit to the Palace of Knossos, can help you start to understand this sometimes-mysterious, but deeply influential culture.

A land of myths and mountains, Lasithi is located on the eastern part of the island, flanked by mountains on one side and the sea on the other. Tiny villages dot the region, which is mostly undeveloped, except for a few luxe resorts in the two biggest towns of Elounda and Agios Nikolaos (read on for more).

High in the mountains, you can visit Dikteon Cave, the most popular of the many caves that claim to be the mythological birthplace of Zeus himself. We can arrange for a privately guided visit to this important place of classical pilgrimage.

The port town of Agios Nikolaos — affectionately known to locals as Ag Nik — retains the intimate atmosphere of a quiet fishing village. Small fishing boats bob in the marina and the tree-lined promenade is lined with cafés, bars and tavernas where farm-to-table has been an unchanged way of life for thousands of years.

This is a good base for exploring Spinalonga, a small islet off the coast of Crete that was one of Europe’s last leper colonies. It’s had a surge in popularity thanks to its prominent role in Victoria Hislop’s award-winning novel, The Island. You can visit via the ferry or we can arrange for a more in-depth exploration of Spinalonga with a private boat and captain. 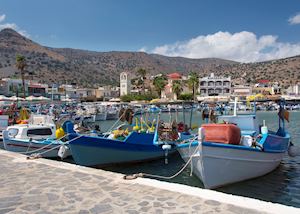 Once a sleepy fishing village, Elounda has become a popular summer destination thanks to the presence of an excellent beach and several indulgent hotels. While it still has a small-town feel, the influx of visitors has elevated the tone of the downtown a bit, and you’ll find some of the country’s best restaurants in Elounda, as well as some good shopping.

You can stroll along any of the coastal paths that branch out from here and watch the sun slowly sink into the mountains. As with nearby Agios Nikolaos, it’s also a good base for exploring Spinalonga.

Though the small city of Rethymnon dates back to the Minoans, the city’s biggest architectural influence is the Venetian era. The port-facing old quarter is a tangle of narrow stone-paved lanes lined with graceful Renaissance houses that boast stucco-faced houses with carved wooden doors and balconies. You’ll even spot the occasional minaret rising from a mosque, a legacy of the Ottomans, who conquered the island after the Venetians.

You can easily while away a day or two strolling the streets and drifting along the promenade that stretches along the sandy beach. Stop off for refreshments at any of the restaurants or cafés that line the waterfront.

In the Middle Ages, Venetian and Turkish invaders left their stamp on Chania’s old town, leaving it with an evocative core of narrow pedestrian streets and brightly painted historic buildings. The elegant houses have largely been converted to traditional tavernas, welcoming cafés and small shops, all designed to appeal to the many visitors who flock here in July and August. The rest of the time, it’s a pleasant place to while away an afternoon.

You can also visit the old town’s Splatzia area, a fashionable enclave with a distinctly Turkish stamp — look for the Agios Nikolaos church, which boasts both a bell tower and a minaret. On the waterfront, you’ll see the historic lighthouse that overlooks the port. Just outside the old town, you’ll find several good beaches, or a little further away, you can visit the flamingo-pink sands of Gramvousa Beach.

Crete is primarily a summer destination and many of the hotels are only open between April and October. Though some other Greek islands tend to see more visitors, it gets somewhat busy here during July and August. Instead, we suggest visiting in May, June, September or October. For the best combination of blue skies and quiet streets, come at the beginning or end of the season in May or October. 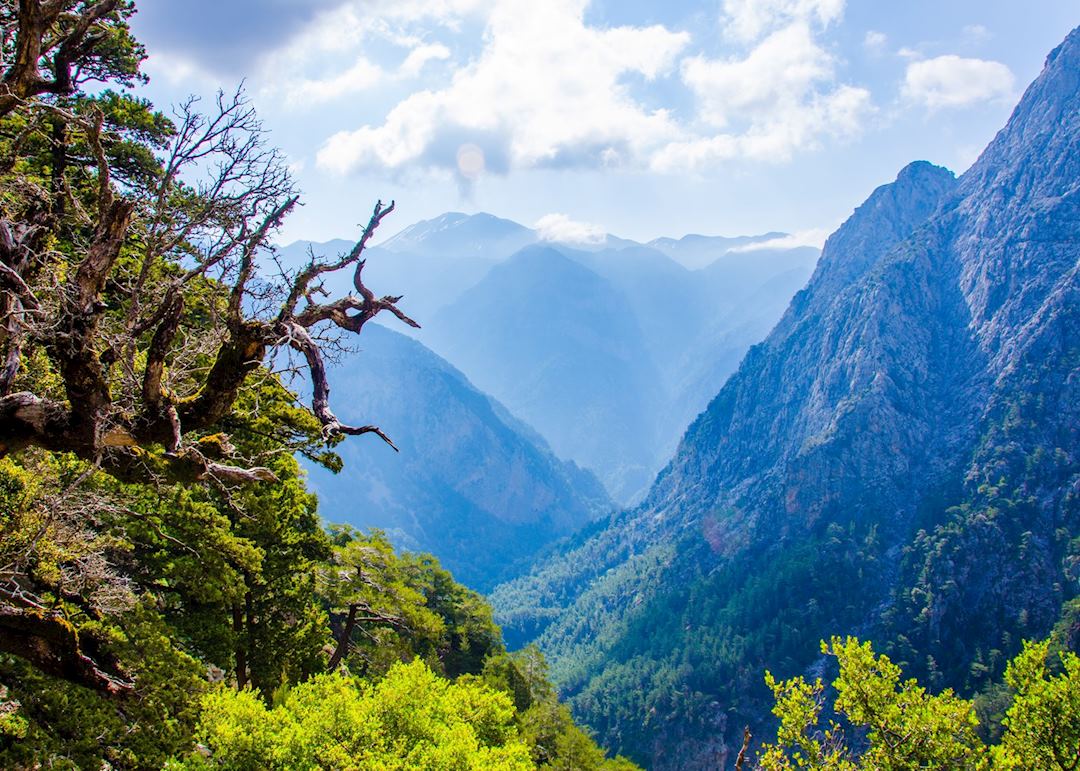 Start planning your trip to Crete

We’ve selected a range of accommodation options for when you visit Crete. Our choices usually come recommended for their character, facilities and service or location. Our specialists always aim to suggest properties that match your preferences.

Our specialists seek out authentic ways to get to know the places that could feature in your trip. These activities reflect some of the experiences they've most enjoyed while visiting Crete, and which use the best local guides. 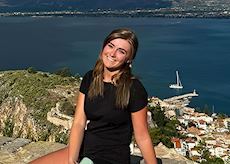