The capitol building is connected to the New York State Museum and the Convention Centre by Empire State Plaza, a modern, government complex that was 16 years in the making. The Convention Centre houses an excellent collection of modern American art while the State Museum is devoted to illustrating life in New York State and is one of the largest of its kind in the world.

Much of the massive, robust 19th and early 20th-century architecture constructed when Albany began growing as an industrial hub is well preserved, giving the city a very interesting pedestrian landscape. A tour of Albany is best begun at the City’s Heritage Area Visitors Center located in Quackenbush Square. There’s a great orientation show and information about virtually every attraction of interest in the region. 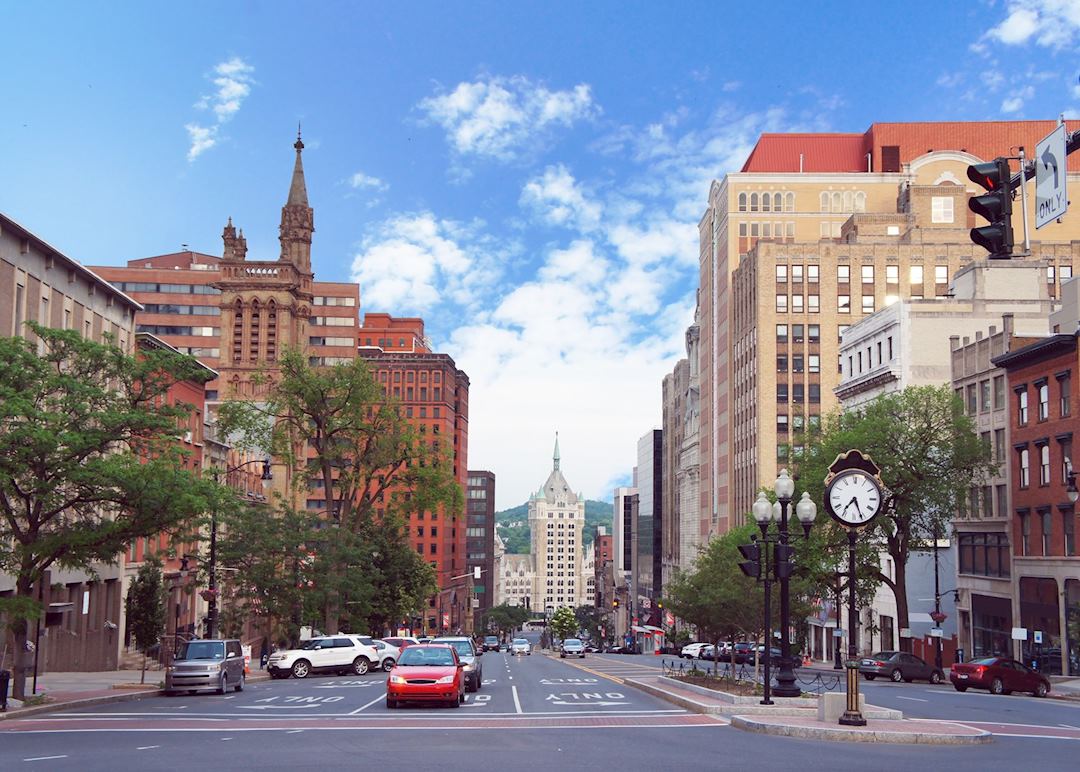