This remarkable testament to the native peoples of the North American plains was awarded UNESCO World Heritage status in 1981.

This was after archaeological evidence showed that the site was used repeatedly for traditional buffalo hunts for nearly 6,000 years.

The plains people would dress as wolves or foxes and spend days carefully herding the buffalo, finally stampeding them over a ten metre high cliff. This age-old practice was stopped almost overnight in the 19th century when horses were introduced, making it easy for individuals to hunt without involving the entire tribe.

The site’s name doesn’t quite mean what you might expect. It comes from the tale of a brave who waited below the cliff to get a different view of the buffalos as they flew into the air: not, in retrospect, such a good idea.

While in the area it is also worth visiting Fort Macleod, a historic outpost of the North West Mounted Police who were despatched in 1874 to bring order to the west. 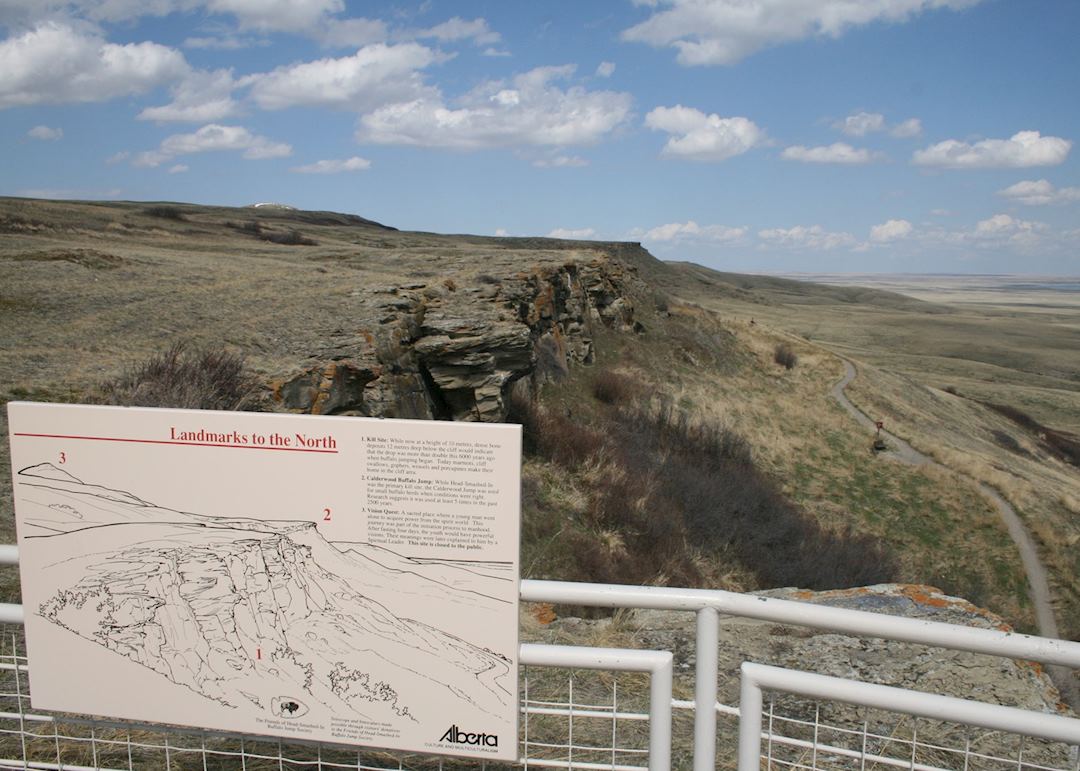