Three ferry terminals provide connections to Victoria, Crofton (which is 75 kilometres north of Victoria) and the city of Vancouver. The island is approximately 28 kilometres long and from 3 to 16 kilometres wide.

There are almost 800 kilometres of road winding past lakes, across farmland and through wooded areas, with frequent views of the ocean, other islands and the mainland mountains. There are almost 12,000 residents across the island. The largest settlement is Ganges, a village with seaplane service to Victoria and Vancouver. Here, you will find banks, a library, post office, and many small shops, galleries and services.

Originally settled by the Salish First Nation over a thousand years ago, the island became a place where African Americans fled to escape racial tensions in the USA. Today, Salt Spring is known for its local farms, which produce everything from apples and organic cheese to some of Canada's best lamb and wool. 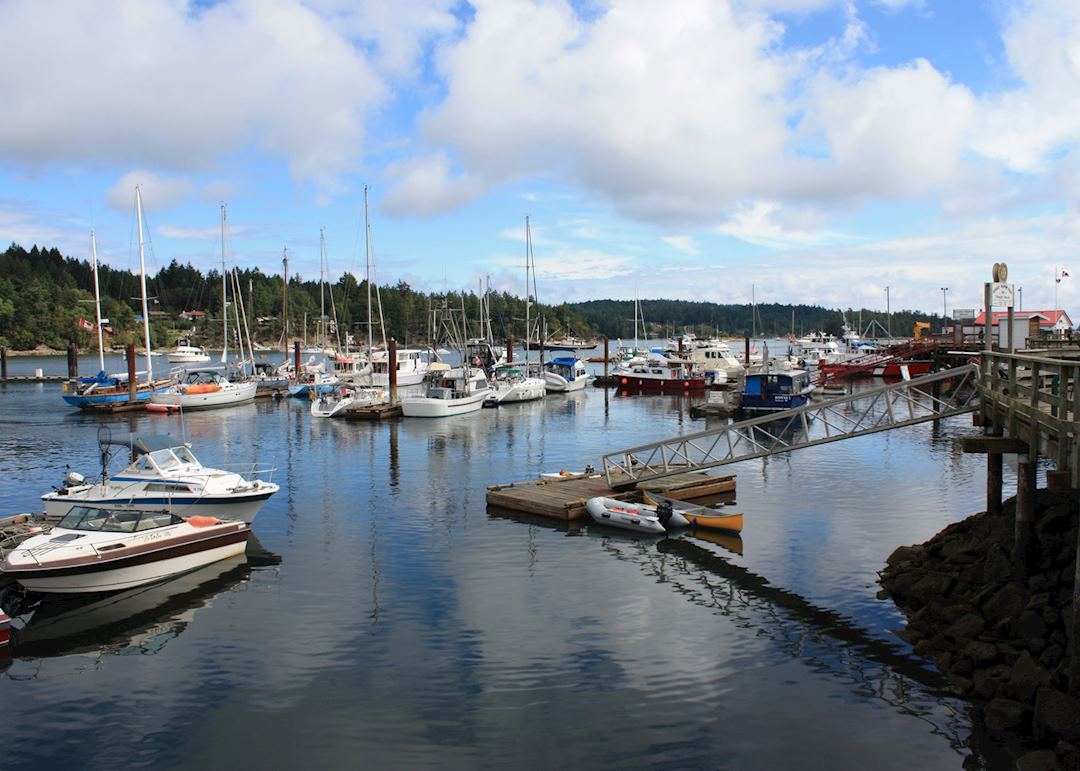