Bella Coola is a truly remote community of only 600 people and the only settlement in the 500 km expanse between Vancouver Island's Port Hardy and the northern port town of Prince Rupert.

On Canada's west coast between the north end of Vancouver Island and the Alaska border, a wilderness region larger than Belgium winds through four hundred kilometres of forested islands and inlets. It is the largest tract of intact temperate rainforest left on Earth and is known as the Great Bear Rainforest. This area, popular with cruise ships, is known as the 'Inside Passage' and is renowned for the stunning scenery and prolific marine life.

In its heart, the Bella Coola valley is the meeting point of the ancient Rainbow Mountains (weathered and rounded peaks) and the younger Coast Mountains (jagged peaks). 2,600 metre crags divide great valleys that are all their own unique and delicately interwoven ecosystems. Salmon migrate up the rivers to spawn in the late summer and early autumn before dying in their millions. Bears, eagles and wolves descend from the mountain sides to feast on the carcasses before the winter arrives while, traditionally, the First Nations would also reap the harvest of salmon.

The first inhabitants of the valley, the Nuxalk people, still live in the town of Bella Coola. Petroglyphs (rock carvings), many thousands of years old exist in large numbers on moss covered boulders among the old growth rainforest which have been rediscovered in recent years. 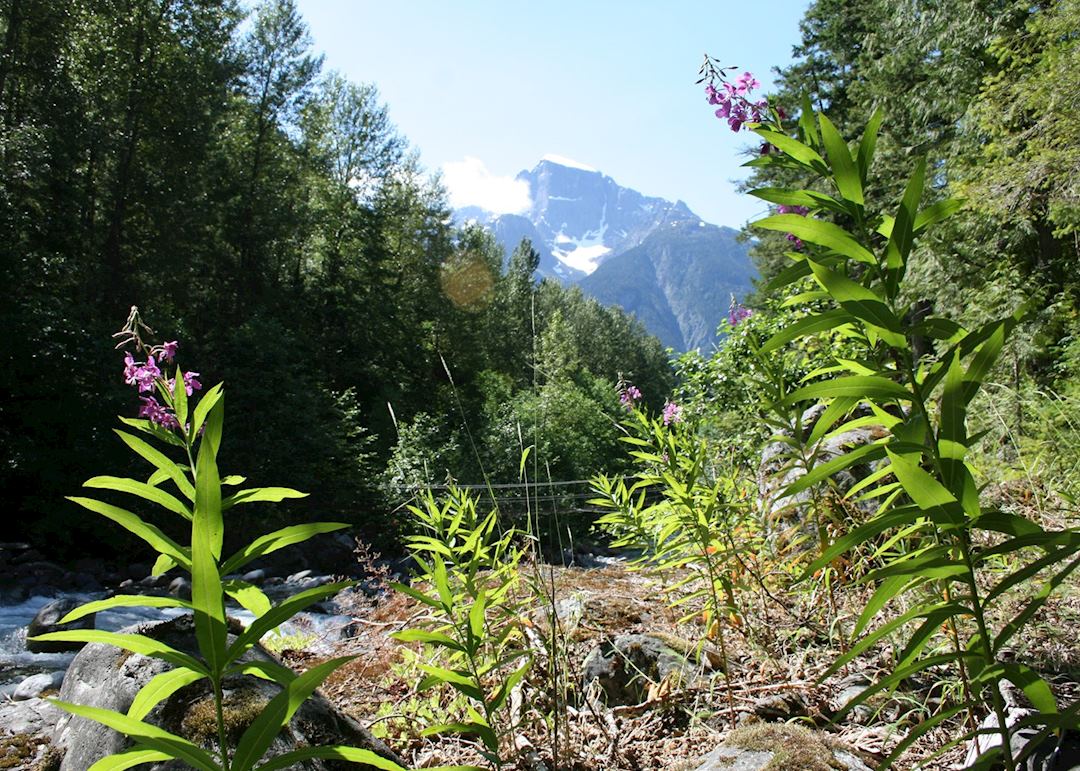 Written by our specialists from their own experiences of visiting Bella Coola, these guides will help you make the most of your time there. We share both our practical recommendations and the best ways to appreciate Bella Coola at its best.