The Monteverde locale is world-famous for its cloudforest and although generally associated solely with the reserve that carries its name, actually covers a much larger area stretching from Volcan Arenal to the east down to the low hills of Guanacaste in the west. It sits astride the continental divide at an altitude slightly above 1,600 meters protecting and providing habitat for hundreds of species of plants and animals.

There are now two reserves, the original Monteverde Cloud Forest Reserve and the newer Santa Elena Rain Forest Reserve. In these forests you can enjoy the cloudforest climate and hike the trails among the varieties of plants and magnificent epiphytic laden trees. 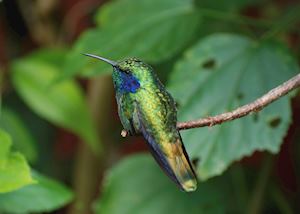 The Monteverde Reserve is the last sizeable pocket of primary cloudforest in Central America and supports six different ecosystems, with an estimated 2,500 species of plants, more than 100 species of mammals, 490 species of butterflies and over 400 species of birds.