A handsome city of wide boulevards, long arcaded walkways and grand piazzas, Turin is a cosmopolitan and self-possessed place, known for its fine food, many palaces and galleries, and industrial innovation. The city was the first capital of the unified Italy in the 19th century and the birthplace of Italian industry. It’s also the home of the venerated Holy Shroud of Turin. Overlooked by the Alps, Turin stretches along the banks of the Po River and has a slower pace of life than nearby Milan.

I love Turin and think it’s one of Italy’s most underrated cities. It’s not as busy as Rome, Florence or Venice, despite its wealth of Piedmont food and amazing architecture. It’s also the home of one of Italy’s best inventions, the aperitivo.

Things to see and do in Turin

Capital of the Duchy of Savoy from 1563, Turin was a city of nobles. Between the 16th and 18th centuries, many of its public squares, palaces, castles and gardens were constructed. This collection of Renaissance, Baroque, Rococo and neoclassical architecture spreads across the heart of the city, making it an intriguing place to wander.

Among the many grand buildings on the imposing Piazza Castello, Turin’s central square, are the Palazzo Madama, the original seat of the Italian parliament, and the Palazzo Reale, a 17th-century royal palace. Napoleon occupied Turin in 1798, followed by the Austrians and Russians, putting an end to the city’s political ambitions.

In 1814, Vittorio Emanuele I restored the House of Savoy and Turin began to flourish again, albeit under the heavy influence of Austria. By 1861 his successor, Vittorio Emanuele II, had unified most of Italy and assembled the first parliament in Turin. The city’s political significance was short-lived, though, and the seat of government soon moved to Florence.

Shortly after, Turin’s most renowned landmark was constructed, the Mole Antonelliana, a 167 m (548 ft) tower that has become a symbol of the city. Completed in 1889, it was the tallest building in Europe at the time. Today, it provides panoramic views from its observation deck.

Having given up on its political ambitions, Turin turned to industry to support its citizens and became Italy’s first major industrial hub. It’s Turin’s contribution to the motor industry that is most significant, with Fiat, Lancia and Ghia all based here.

The Fiat factory opened in 1899, with cars assembled from the ground floor up and the completed vehicle emerging onto the rooftop test track. The track was made famous by its appearance in the final scenes of the 1969 film The Italian Job, starring Michael Caine, and you can visit it as part of a factory tour.

Holy Shroud of Turin and the cathedral

Turin’s Renaissance duomo, officially called the Cattedrale di San Giovanni Battista, has been the protector of the Holy Shroud for four centuries. The cathedral attracts large numbers of visitors, who come to see the replica kept on permanent display near the main altar.

After taking a look around, you can make a visit to the nearby Museo della Sindone (Museum of the Holy Shroud). It offers a detailed picture of the scientific, spiritual and historical research over the last 500 years into the claims that the shroud was the burial wrapping of Jesus.

Arts and culture in Turin

Turin is known for its numerous museums, art galleries, opera houses and libraries, but it also has a large university population and a vibrant arts, cinema and music scene.

Many of the city’s museums and theatres cluster around Piazza Castello and Piazza Carignano at the heart of historic Turin. Among them are the Galleria Sabauda, which houses the Savoy collection of art, and the Museo Egizio, which hosts the largest collection of Egyptian antiquities outside Egypt. During the summer months, look out for outdoor concerts and performances at the Savoy palaces.

With cafés, restaurants, enotecas (wine shops), gelaterias (ice-cream shops) and chocolate shops lining every street, Turin leaves you under no illusions about the importance of food and wine to its economy. This is the city where the first bars of hard chocolate were produced. It’s the home of Lavazza coffee and it was the birthplace of the Slow Food movement.

Championing local food, traditional ingredients, artisanal products and sustainable agriculture, Eataly in the suburb of Lingotto is a vast Slow Food hall-cum-market filled with specialist counters. Here, you can buy local produce, from breads and pasta to seafood, cheese and olives.

Turin makes a good destination at any time of year. May to October is warmer and drier, with the hottest weather in July and August. December is also a good time to visit, when a vast array of Christmas lights bedeck the city. 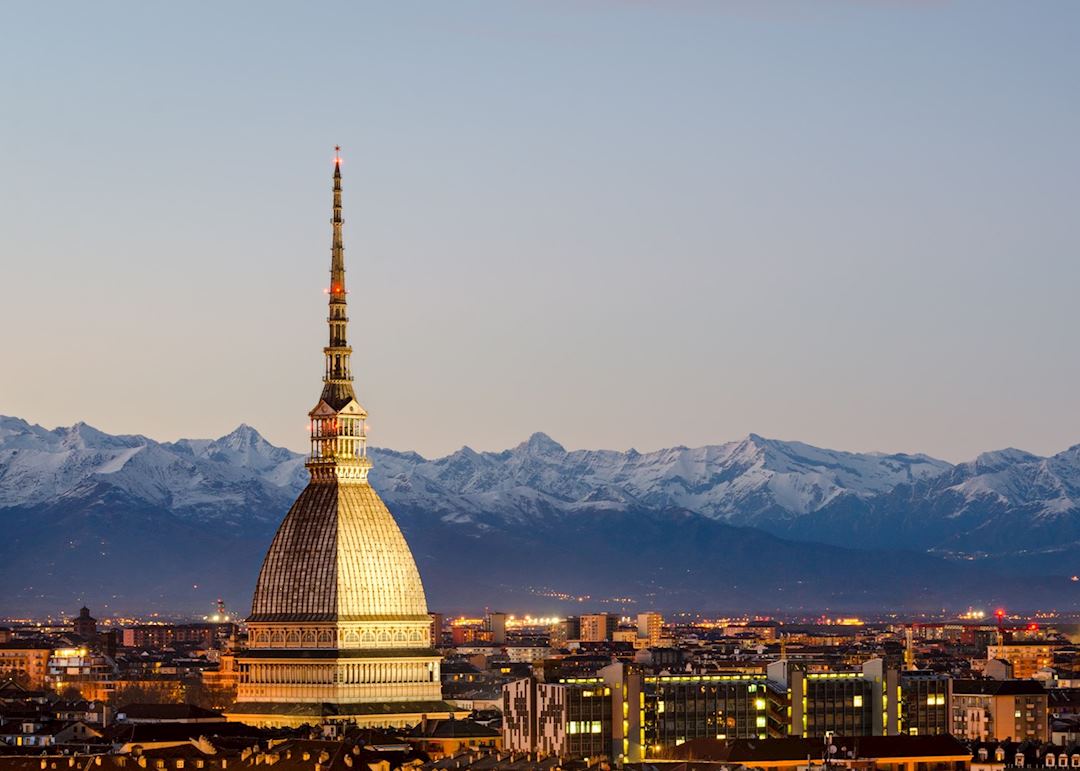 Start planning your trip to Turin

We’ve selected a range of accommodation options for when you visit Turin. Our choices usually come recommended for their character, facilities and service or location. Our specialists always aim to suggest properties that match your preferences.

Our specialists seek out authentic ways to get to know the places that could feature in your trip. These activities reflect some of the experiences they've most enjoyed while visiting Turin, and which use the best local guides.