Rising from the surrounding rolling countryside like an offering to the gods, Orvieto sits on a massive tufa outcrop, its ochre tones contrasting sharply with the verdant vineyards and olive groves that encircle it. Perched on its elevated position, the town is more or less unchanged since its days as a medieval bastion, its defensive walls topping near-vertical cliffs. Inside the walls, winding lanes and cobbled squares are lined with modest stone houses that give no indication of the proximity of its star attraction, a massive Gothic duomo (cathedral) adorned with intricate frescoes and reliefs that rival those of Florence or Rome.

Begun in 1290 but not completed for another three centuries, Orvieto’s duomo is a huge structure constructed with alternating stripes of travertine and basalt and adorned with a façade of elaborate frescoes, mosaics, reliefs and sculptures. It was commissioned by Pope Urban IV to provide a suitable home for the Corporal of Bolsena. This cloth, which sits below the chalice during mass, dates from a miracle that occurred in nearby Bolsena in 1263 when a visiting priest who doubted the truth of substantiation saw the consecrated communion wafer bleed and stain the corporal.

Enter the cathedral through one of its three bronze doors to see a giant rose window illuminating the internal space — the striped columns and richly ornamented walls only hint of what’s to come. Intricate frescos adorn the Chapel of the Corporal, which houses the relic. Perhaps most impressive of all is the 15th-century Last Judgement, a vast fresco in the Saint Brizio Chapel by Luca Signorelli, said to have inspired Michelangelo’s work on the Sistine Chapel.

Attached the cathedral is the Papal Palace, once home to the Catholic popes who fled Rome in the mid-13th century and before they moved on to Avignon in 1309. A papal residence until 1550, it’s now a museum detailing the history of the cathedral and the town.

Orvieto was once an important Etruscan capital and the Palazzo dell'Opera del Duomo opposite the cathedral houses a collection of ceramics, tombs and relics from this time. Elsewhere around the town, you’ll come across 11th-century churches, the 13th-century Torre del Moro, which offers sweeping views of the town and the surrounding countryside, and the cafe-lined Piazza della Repubblica, which was once Orvieto’s Roman forum.

Below the streets, the soft tufa rock has been carved into an elaborate series of tunnels and caves, giving each house and shop an underground storage space. Some of these tunnels are open to the public and you can learn about their varied uses from bomb shelters to wine cellars on an hour-long guided tour.

Orvieto is a year-round destination, its medieval streets as picturesque in winter as in summer. April to June and September to October are the best times to visit however, when the streets are quiet but the weather is warm and dry. In July and August temperatures can reach 29 C (84 F), while in winter they hover just above freezing.

This sample itinerary will give you an idea of what is possible when you travel in Orvieto, and showcases routes we know work particularly well. Treat this as inspiration, because your trip will be created uniquely by one of our specialists. 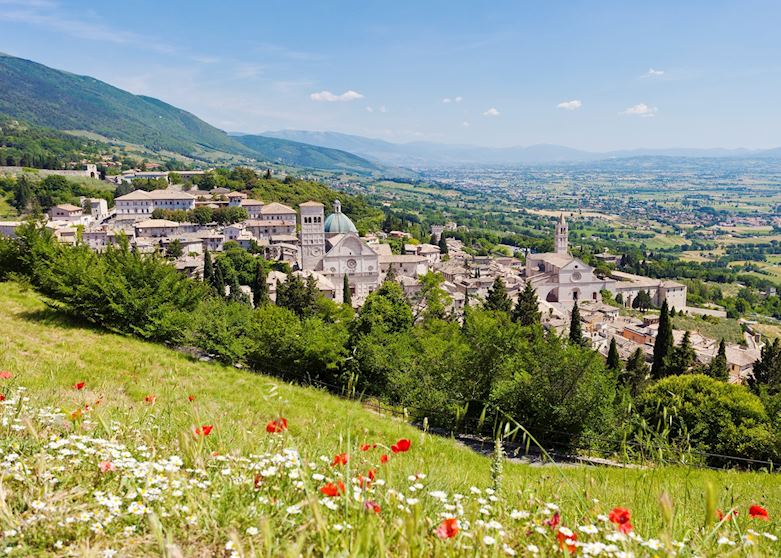 Explore the rolling countryside of Tuscany and its lesser-known region of Umbria on a self-drive adventure. Having the car allows you to explore the regions in greater depth visiting the smaller hill towns and hamlets. The journey begins in Florence and takes you through the Chianti area in northern Tuscany and then south onto the Val D’Orcia region of southern Tuscany before crossing over the border into Umbria visiting the cities of Perugia and Assisi.

We’ve selected a range of accommodation options for when you visit Orvieto. Our choices usually come recommended for their character, facilities and service or location. Our specialists always aim to suggest properties that match your preferences. 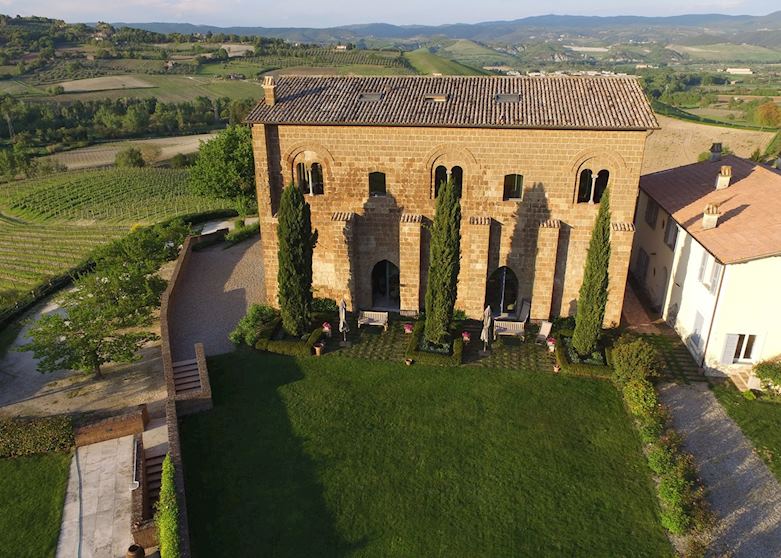 House in an old barn, the Locanda Palazzone is a small, boutique escape immersed in the hotel vineyards and Umbrian countryside yet close to the town of Orvieto.

Our specialists seek out authentic ways to get to know the places that could feature in your trip. These activities reflect some of the experiences they've most enjoyed while visiting Orvieto, and which use the best local guides. 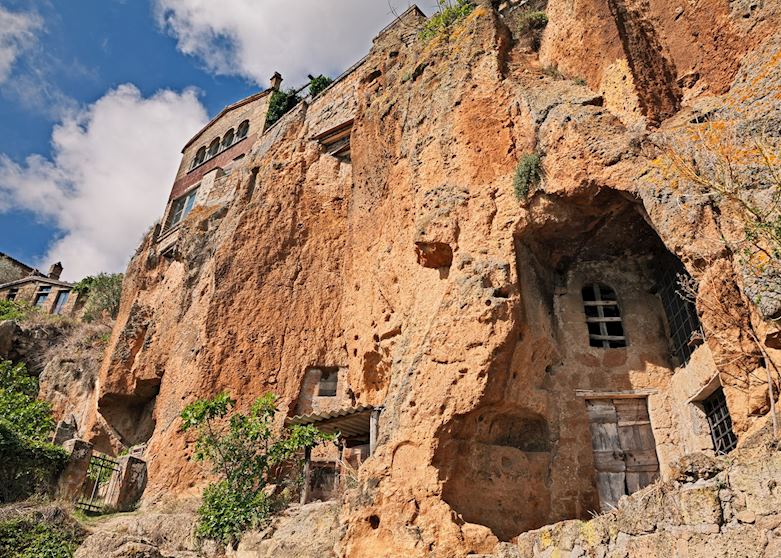 E-bike from Orvieto to Bagnoregio

Tour the rural roads of Umbria by electric bike, leisurely exploring the rolling countryside and taking in a crumbling medieval village perched on a plug of volcanic rock in a rugged valley followed by lunch at a local farmhouse.

E-bike from Orvieto to Bagnoregio