There is the modern, French-inspired town, with wide tree-lined boulevards, cafés and bistros, peopled by hard-working government officials. And there is historic Rabat, centred on the 12th century walled medina of the Almohad sultans. 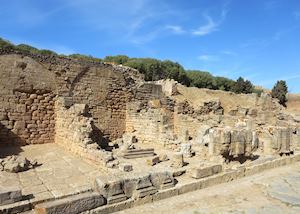 Slightly further from the centre of town is the Chellah, tombs of the Merenid dynasty, now a wonderfully atmospheric, crumbling set of ruins where storks nest atop truncated minarets, and odd patches of dramatic tile-work appear through overflowing vegetation.

This sample itinerary will give you an idea of what is possible when you travel in Rabat, and showcases routes we know work particularly well. Treat this as inspiration, because your trip will be created uniquely by one of our specialists.