The Oued Mellah, which translates as Salt River, runs through the High Atlas from Marrakesh, providing the easiest route to the oases and valleys of the south. It was traditionally one of the principal trade routes, and came to be controlled by the Glaoui tribe.

The Kasbah of Aït Benhaddou guards the southern approaches to the Oued Mellah, and is one of the finest examples of pisé fortified village construction anywhere.

The grandiose ambitions of the Glaoui were expressed best in the building of Telouet, their family kasbah at the northern entrance to the Oued Mellah.

At its height it was a huge complex of brilliantly decorated reception rooms, cavernous kitchens and slave quarters, and extensive subterranean dungeons.

With the coming of independence, the Glaoui lost their pre-eminence, a decline that has been mirrored at Telouet, where unstable walls have closed off much of the kasbah, leaving only the reception rooms as an eloquent testament to former glories. 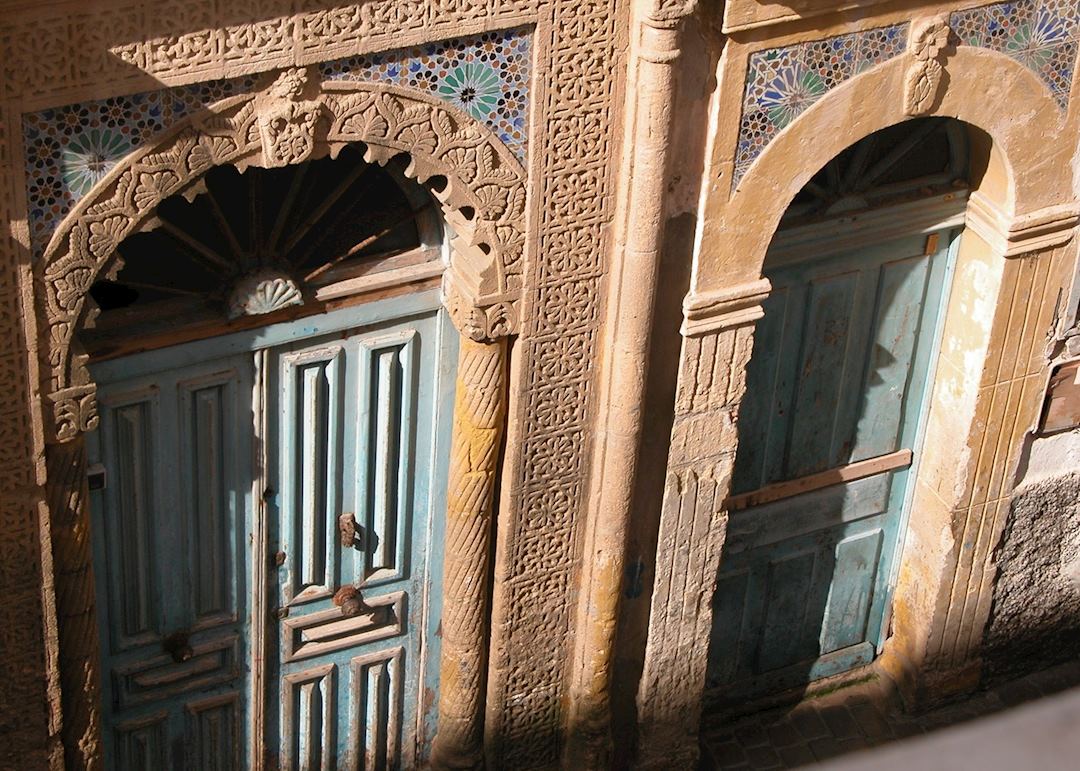