This park was originally two separate reserves, now combined into one huge area with some 960 square kilometers under conservation.

IMfolozi, the southern part of the park, is perhaps best known as the base for Operation Rhino in the 1950s and 1960s, which was almost entirely responsible for saving the white rhino from extinction. It is lower lying, with broad rivers crossing the landscape.

Guided game drives and walks are also offered by KZN Wildlife, the organization that does an excellent job of running this and all other public reserves in KwaZulu-Natal. 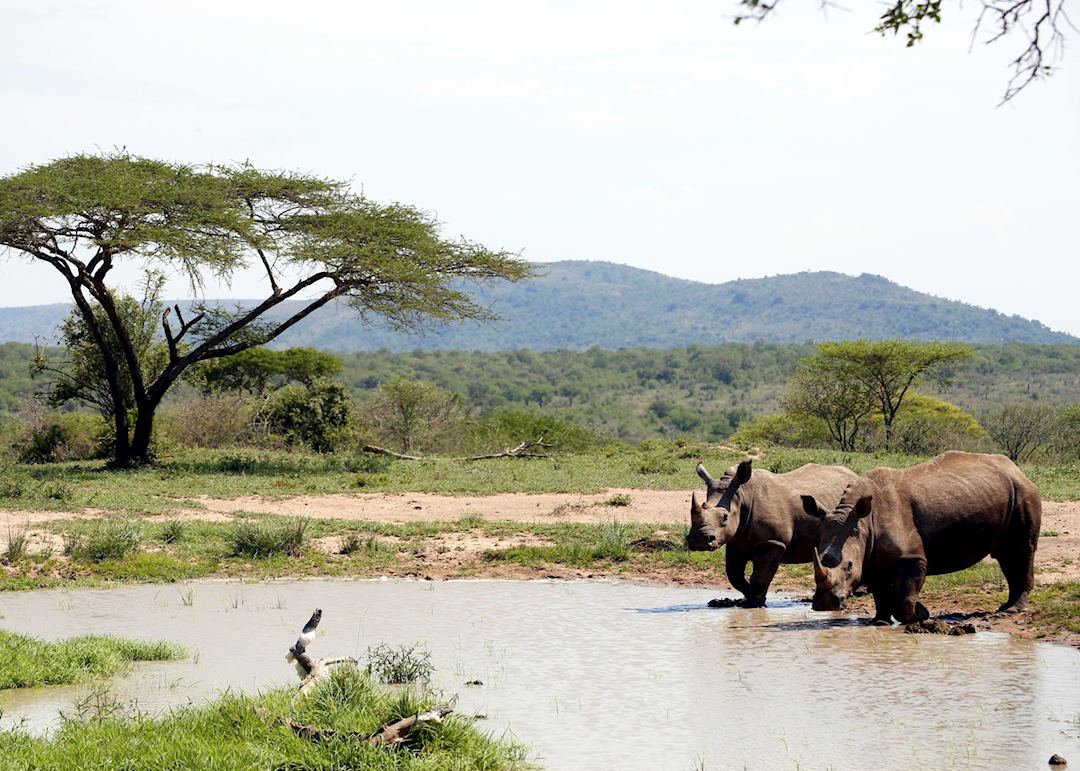