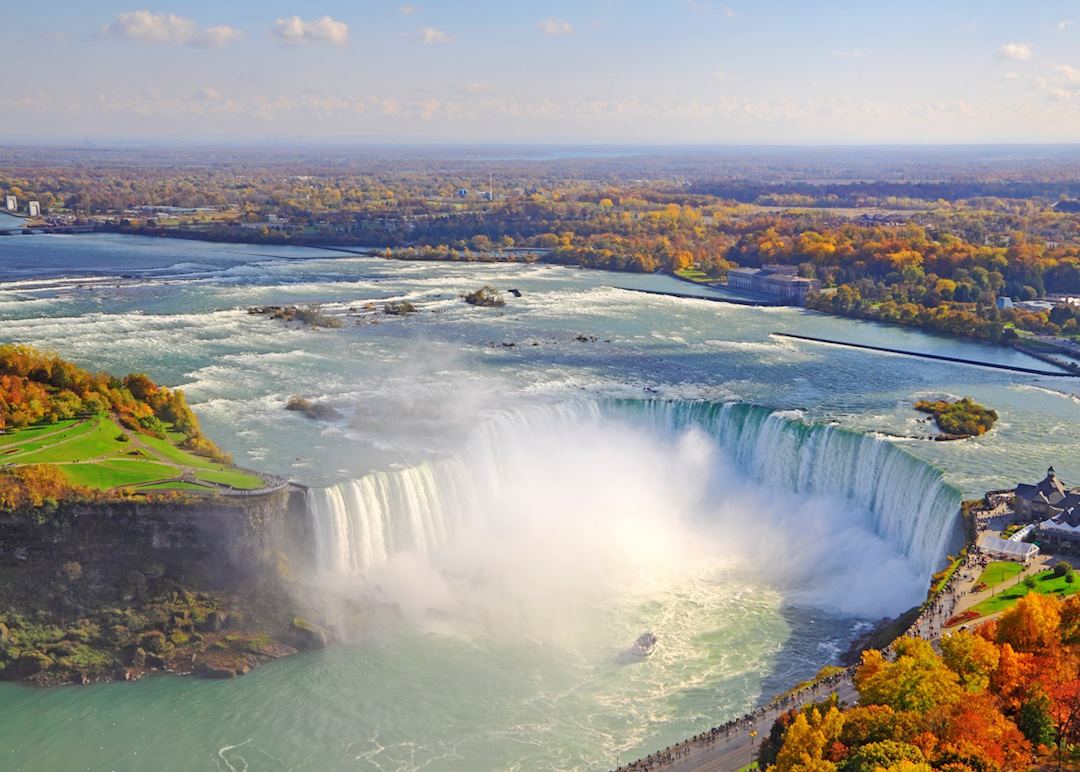 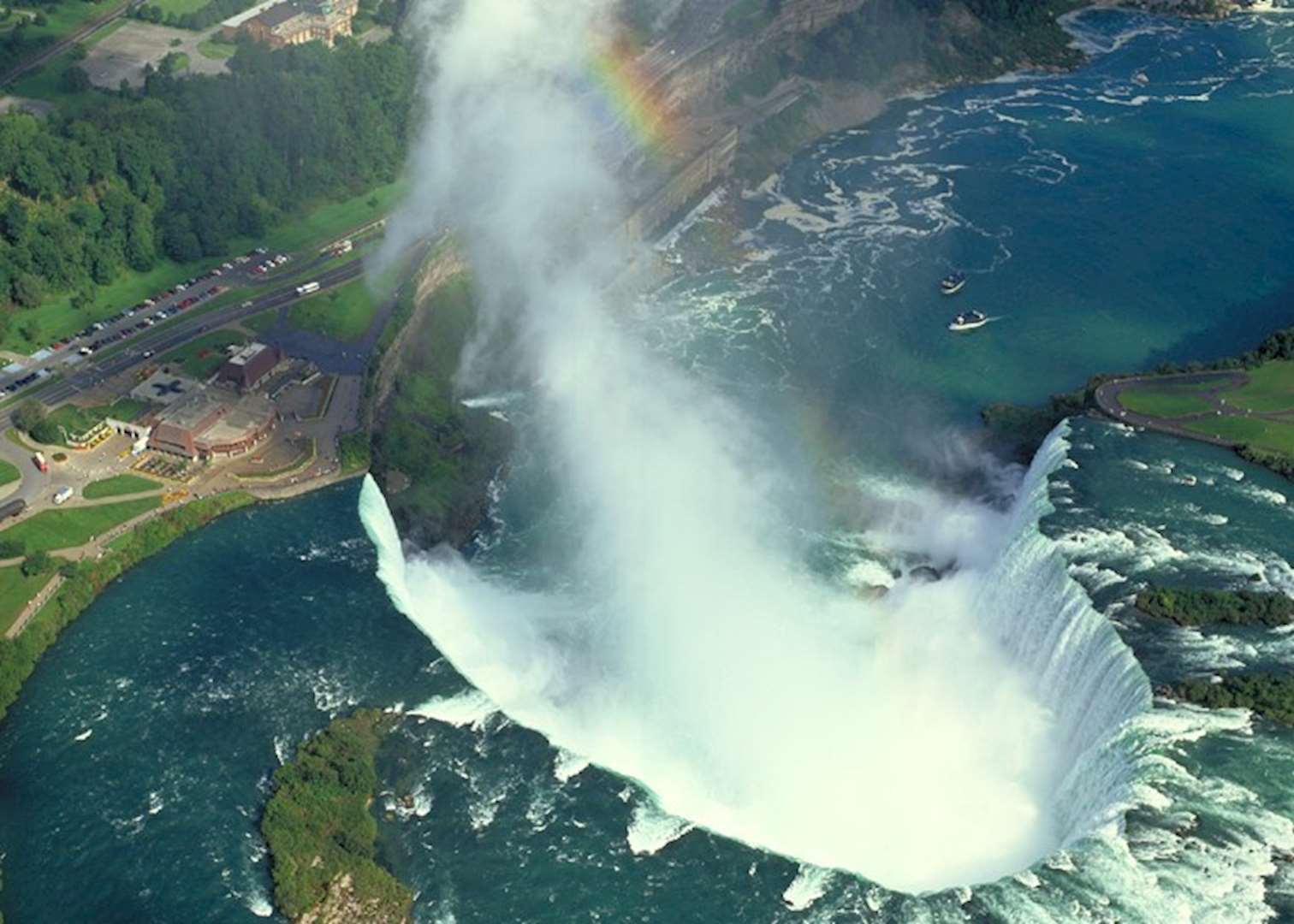 Perhaps the greatest natural icon of North America, Niagara Falls attracts over 12 million visitors each year. The Falls straddle the Canadian-American border with viewpoints in the province of Ontario and the state of New York offering very different photo opportunities.

Water from four of the five Great Lakes thunders over a precipitous rock edge, powering the world's largest hydro-electric power plant and eroding the Niagara Escarpment at a pace of one foot per year. In winter the Falls look magical as they, and much of the Niagara River, freeze, producing spectacular effects, while on summer nights the adjacent American Falls are illuminated by coloured lights.

Almost as famous as the Falls themselves are the daredevils who have tried to conquer them. In 1829, Sam Patch jumped from a high tower into the gorge below and survived. Then, in 1859, Jean Francois “Blondin” Gravelet walked a tightrope across the gorge whilst carrying his manager on his back. Englishman Captain Matthew Webb, the first man to swim the English Channel, drowned in 1883 after unsuccessfully trying to swim the rapids downriver from the Falls. And in 1901 a 63-year-old school teacher, Annie Edson Taylor, was the first person to go over the Falls in a barrel as a publicity stunt. She survived, bleeding but virtually unharmed, and emerged from the barrel exclaiming, "no one should ever try that again."

For modern day visitors there are plenty of ways to enjoy this spectacular natural feature. One of the most thrilling is to take the 'Journey Behind the Falls', a walk along a tunnel to a viewing platform behind the thundering waters of the main waterfall, the mighty Horseshoe Falls. It's also worth taking a boat trip to the foot of the Falls on the 'Maid of the Mist' (a plastic poncho is provided to stop you getting wet!) but if you want to go the whole nine yards, a ten-minute helicopter flight offers the most breathtaking views. 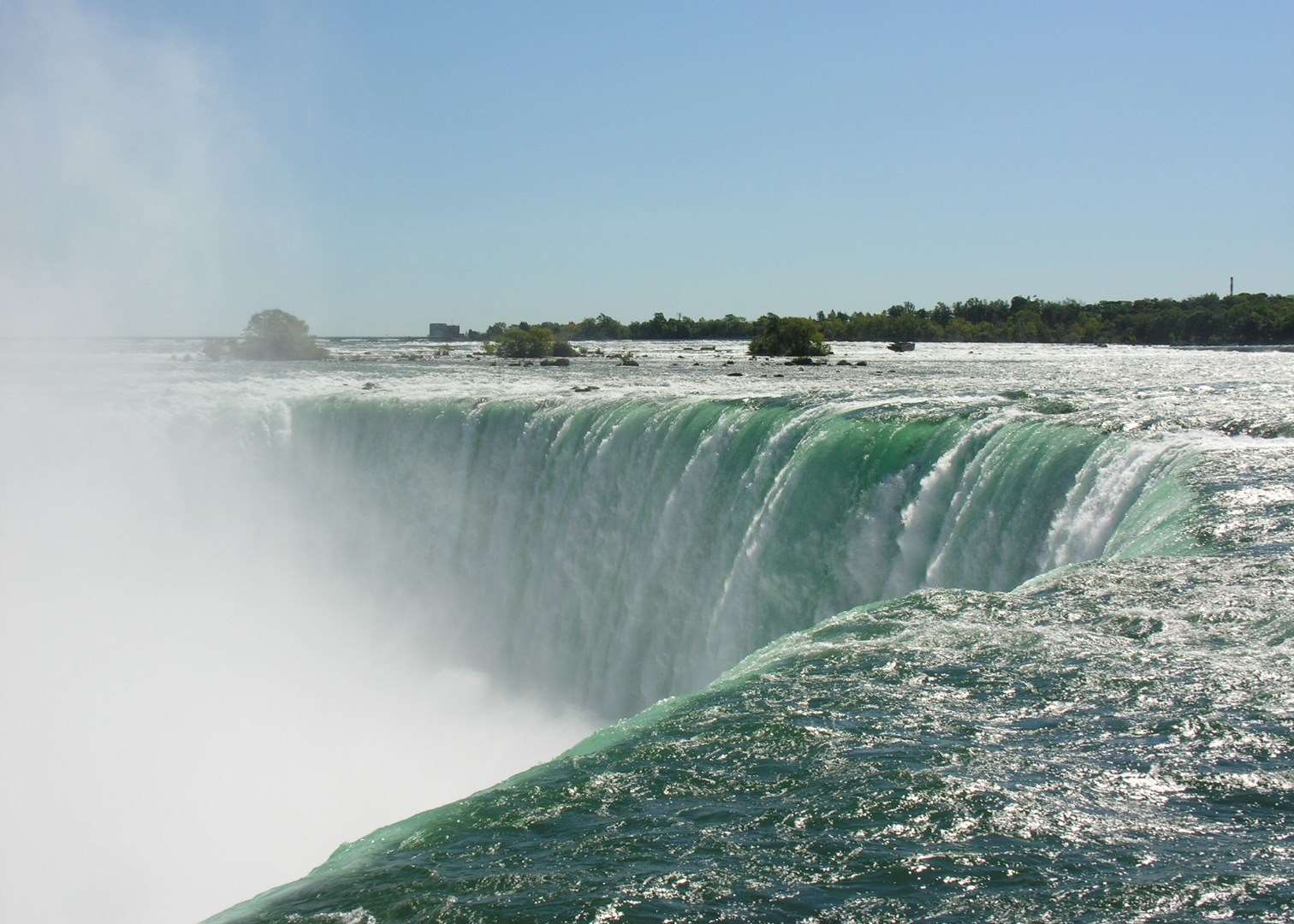 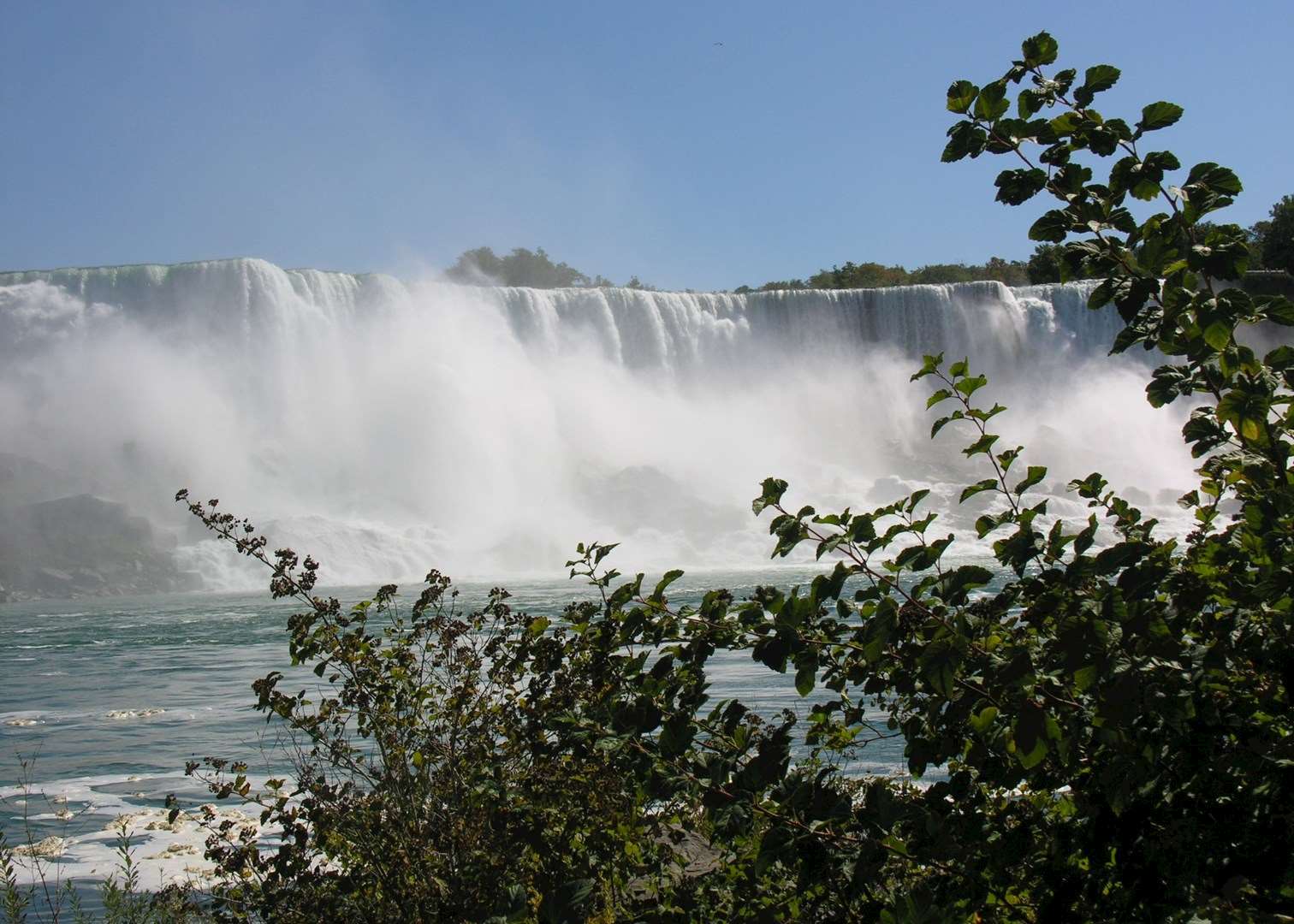 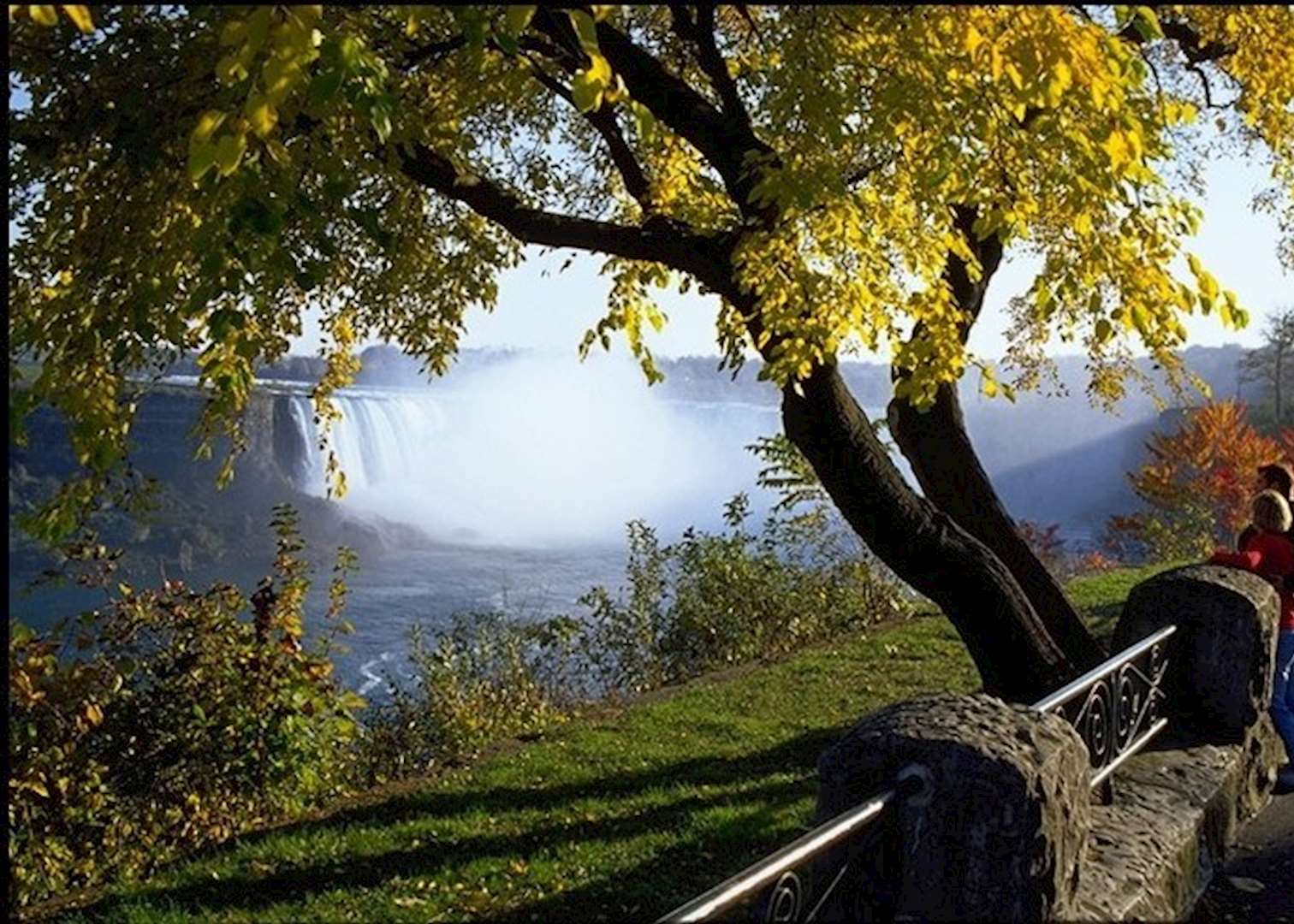 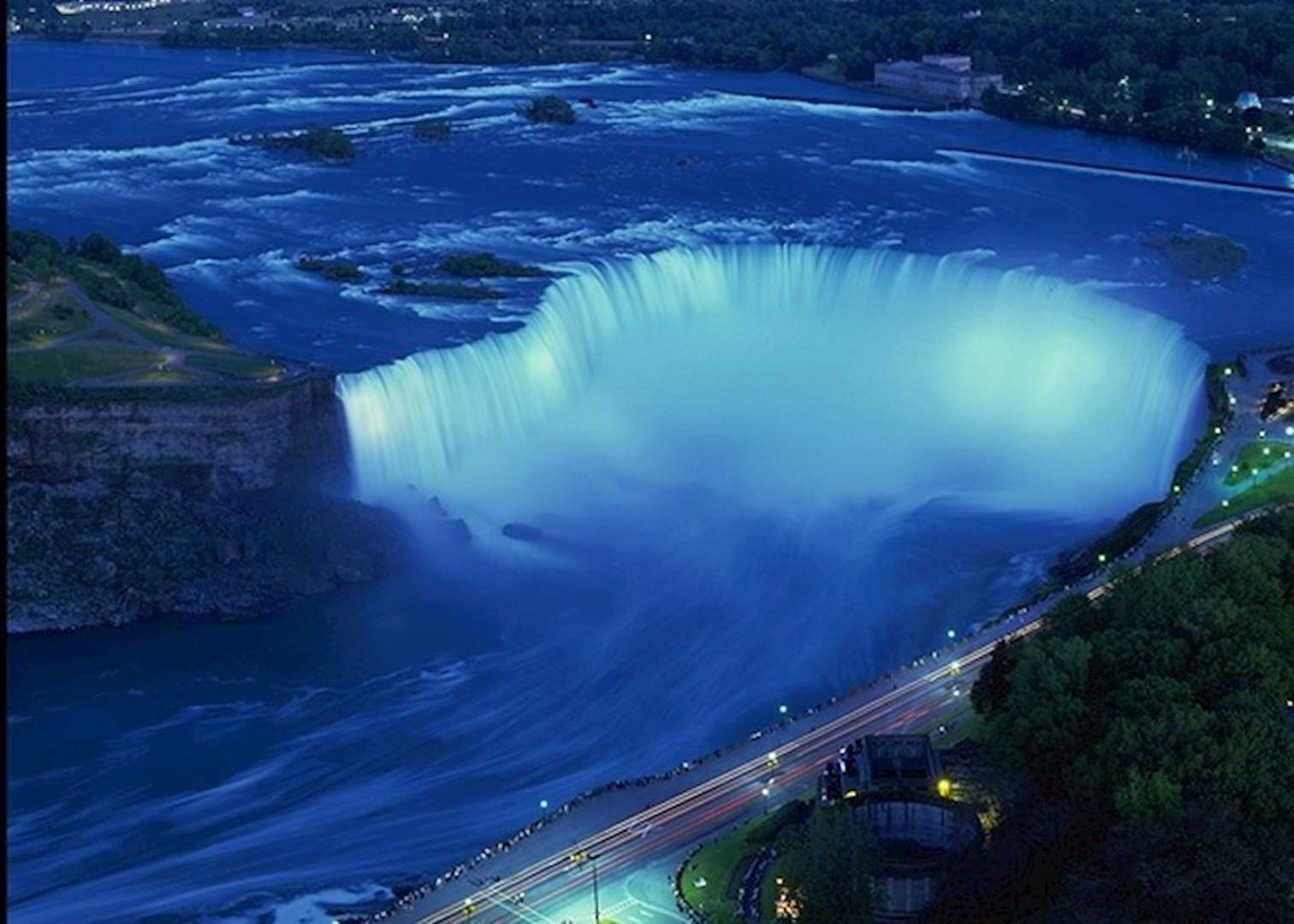 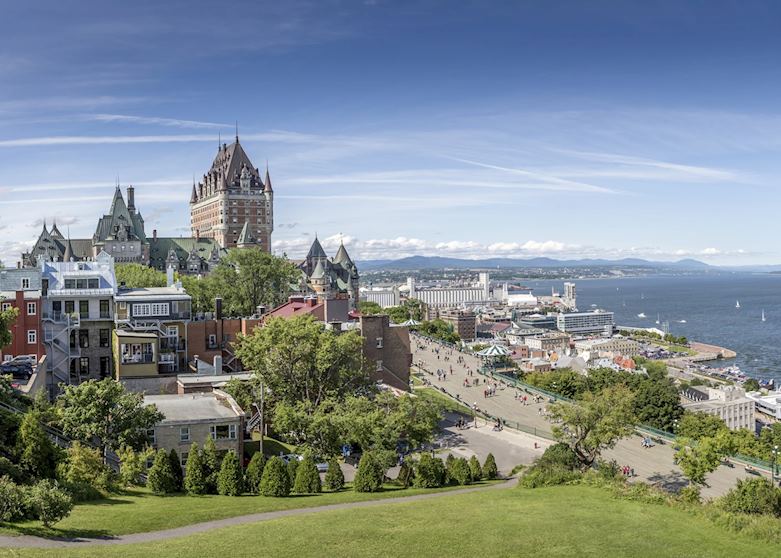 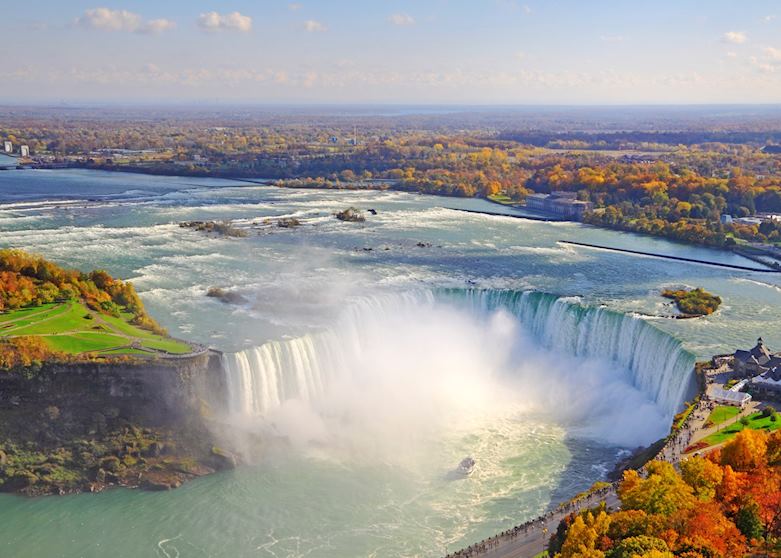