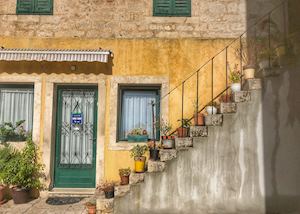 The old town’s most impressive building is the UNESCO-protected Saint-James’s Cathedral, a Gothic-Renaissance edifice completed in 1536. It’s considered the finest structure along the Dalmatian coast. The cathedral was designed by architect Juraj Dalmatinac and is constructed entirely from stone, no wooden supports or bricks were used ­in the massive cupola or barrelled roof, just interlocking stone slabs.

The oldest of Šibenik’s four fortresses, 11th-century Saint-Michael’s was once the seat of the Croatian king. It sits on top of a hill above the town and dominates the city skyline. It was most recently used as a defence post during the Croatian War of Independence, but has since been restored and converted into a summer concert venue. 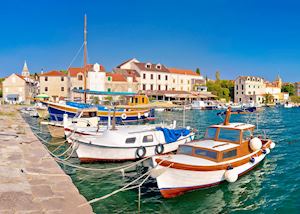