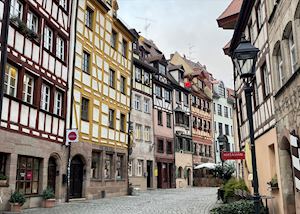 To get a firm grasp on the city’s history, we can arrange a private guided walking tour during which you’ll visit the Palace of Justice and Zeppelin Grandstand. We can also arrange for a private driver to bring you to the Documentation Center Nazi Party Rally Grounds, the site that held Nazi Party rallies in the 1930s and now an exhibition.

You’ll then visit the Party Rally Grounds, where you’ll see Zeppelin Grandstand, which was the site of six massive Nazi party rallies. Many of the best-known photos of Nazi rallies were taken at the grandstand.

Located on the top floor, above Courtroom 600 where the trials were actually held, the Nuremberg Trials Memorial is a museum educating visitors about the trials. Courtroom 600 is still in use today but is open to view if you happen to visit when the court isn't in session. 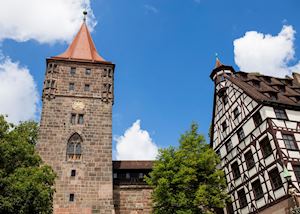 The city’s old medieval area is perched on a hilltop and, from Sinwell Tower, you can take in the rows of terracotta-tiled rooftops and the painted cathedral towers. We offer a walking tour of the area that visits the outside of the castle complex, though you’re free to head back to explore the interior at leisure.

While in Nuremberg, you can visit the quirky house that once was home to Germany’s best-known Renaissance artist, Albrecht Dürer. Located in Nuremberg’s old town, the five-floor house is impressive in size and curious in design. Unusually, the bottom two floors are a soft grey sandstone, while the top three floors are a red and white timber-framed construction. 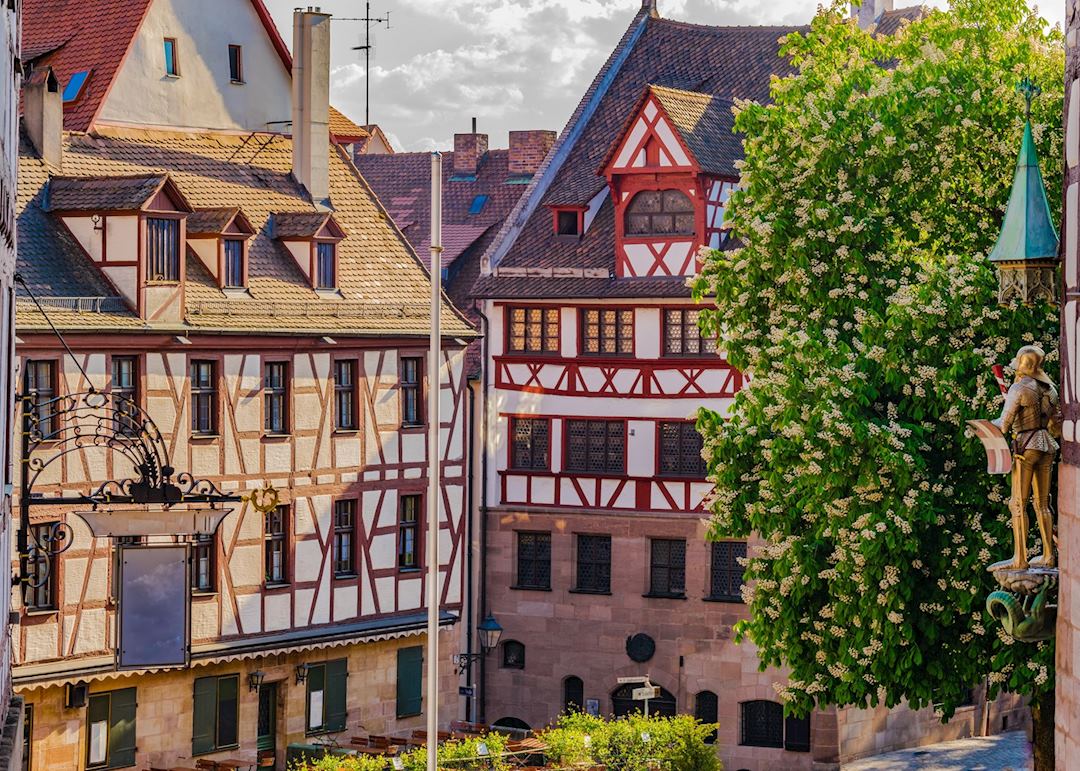 Start planning your trip to Nuremberg