Half-timbered houses, medieval towers and pastel buildings, all in the walled city of Rothenburg along the Romantic Road. 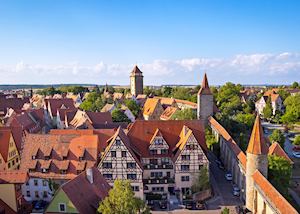 Stroll along the Schmiedgasse, one of the main streets in Rothenburg. Sloping ever downwards, it starts at Market Square and ends at Plönlein, a postcard-worthy fork in the road featuring medieval towers and a half-timbered gabled house. Schmiedgasse boasts brightly painted houses full of restaurants and shops. 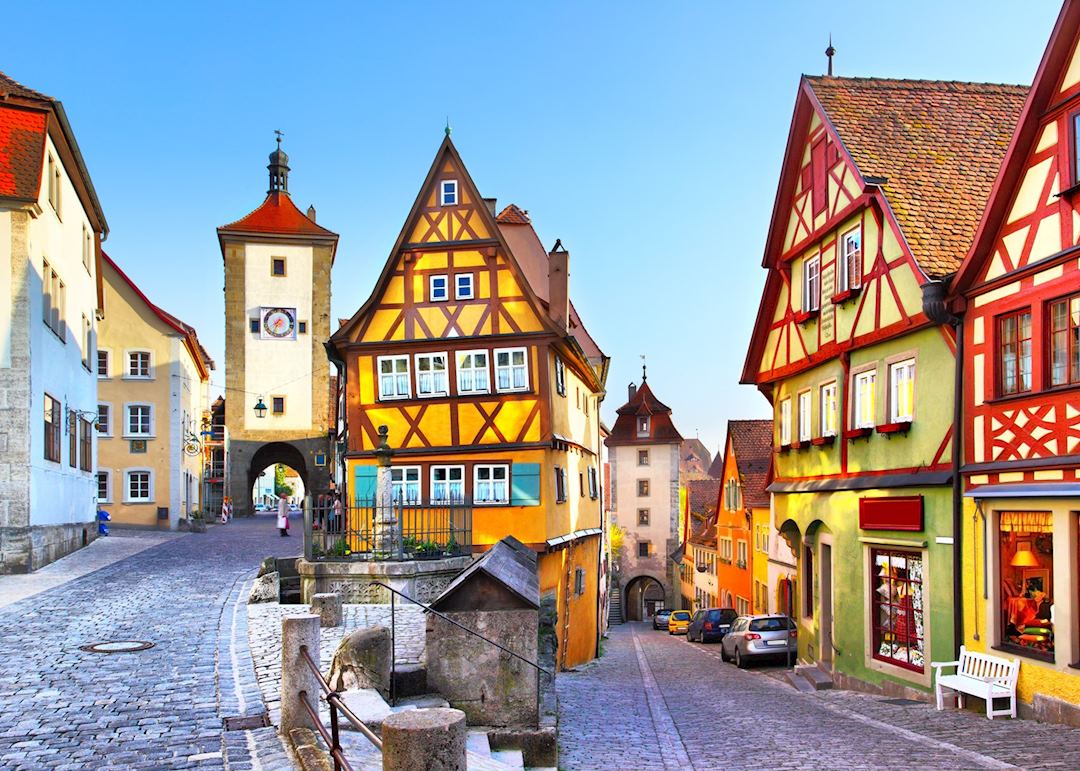 Start planning your trip to Rothenburg