Strahan is located at the head of Macquarie harbour, on the World Heritage-listed west coast of Tasmania, where there is nothing but vast stretches of wild ocean until the southern tip of Argentina.

In this hostile environment an isolated penal colony settlement was situated on Sarah Island, in the middle of Macquarie harbour, and it was to here that the worst of the worst European convicts were sent to work and die felling Huon pine - so valuable for ship building - on the banks of the mighty Gordon River.

The harbour mouth is named ‘Hells Gate’, because of the fearsome reputation held by the penal colony within.

Built up on the back of the local timber industry, Strahan is now one of Tasmania’s quaintest towns with its old timber buildings, scenic port and natural backdrop of weathered mountains and thick native bush.

Taking a cruise out of Hells Gate into the Southern Ocean and upriver into the World Heritage-listed Franklin-Gordon Wild Rivers National Park is an awe-inspiring visit to pristine wilderness: a real highlight of Tasmania.

Strahan is also home to the restored 2896 railway, which steams 22 miles, across rivers and mountains, to the old mining settlement at Queenstown.

This sample itinerary will give you an idea of what is possible when you travel in Strahan & Gordon River, and showcases routes we know work particularly well. Treat this as inspiration, because your trip will be created uniquely by one of our specialists. 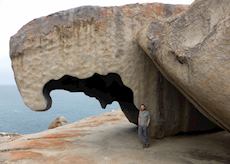 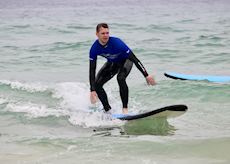 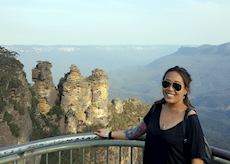