They were settled by United Empire Loyalists, who were hounded out of the United States after the American Revolution. Their loyalty to the crown was rewarded by the British with freehold land grants which led to many towns being given firmly English names.

Today most residents are francophone although the towns and villages around Knowlton and North Hatley remain staunchly tied to their British roots.

This is a region of prosperous farms, splendid old mansions, antique and craft shops and pretty lake-studded hills. 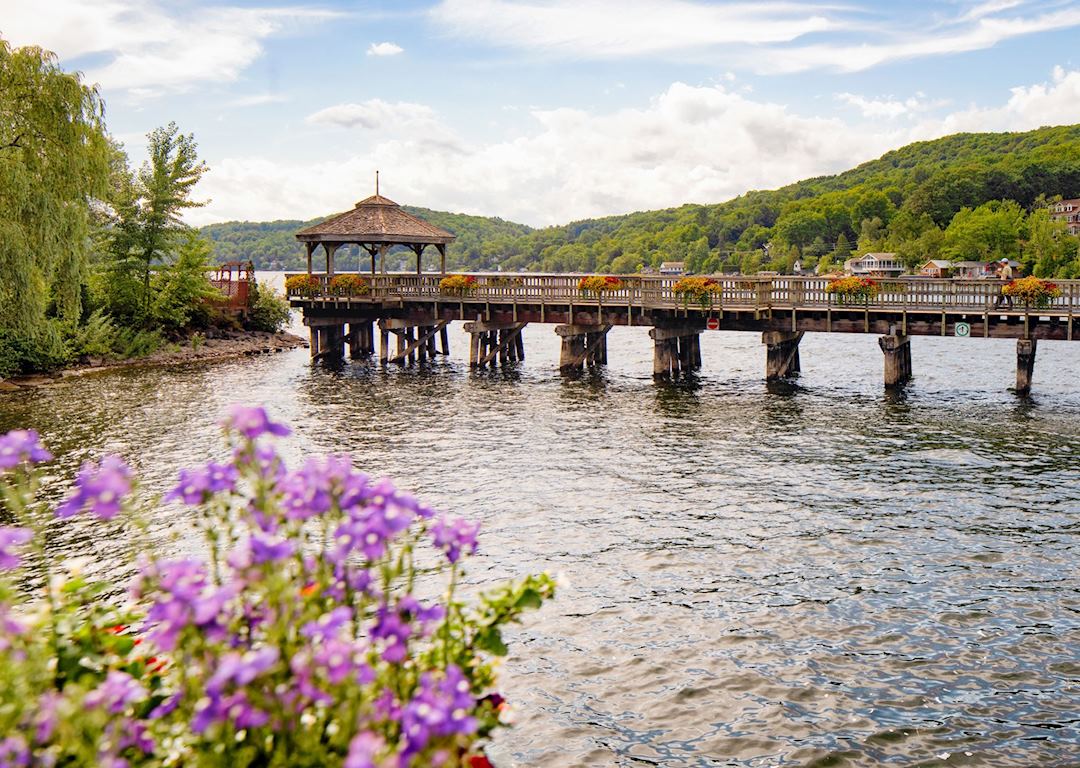