Medieval charm and modern masterpieces go hand in hand in the winding, stepped streets of Saint-Paul-de-Vence. The village, a jumble of narrow stone laneways flanked by ancient townhouses, is set on a rocky hilltop that offers sweeping views down over the plains to the Mediterranean.

A popular spot with artists for many years, its lanes are lined with art galleries. A strategic defensive position since antiquity, Saint-Paul’s first ramparts were constructed in the 14th century. Two of the original towers, Porte de Vence and the Tour de l’Esperon date from this time, though the curtain walls and bastions were erected on the order of François I in the 1540s. In the 17th century, the village continued to play an important military role and noble families built lavish mansions here, their façades elaborately adorned with decorative friezes.

Saint-Paul's medieval church was extended and embellished at this time and contains a beautiful series of frescoes that climax in the remarkable Baroque Saint Clement chapel. Also dating from the 17th century is the Folon Chapel, home to the brotherhood of white penitents, pious laymen who did good deeds to earn forgiveness for their sins. The chapel closed in 1920 but was restored and reopened in 2008, delicately decorated by Belgian artist Jean-Michel Folon.

In 1911 a tramline opened that linked Saint-Paul to the outside world, and soon word of the village's beauty spread. By the 1920s a number of artists had settled here or were regular visitors, including Russian Expressionist Chaïm Soutine, French Fauvist Raoul Dufy and French Neo-Impressionist Paul Signac. Matisse and Picasso lived nearby and were frequent visitors, while Russian Modernist Marc Chagall made the village his home for 19 years. He was buried in the little cemetery at the top of the hill when he died in 1985.

Another legendary resident was writer and activist James Baldwin, who was regularly visited by actors, musicians and writers, making tiny Saint-Paul-de-Vence one of Europe's most creative hubs in the 1950s and 60s.

Today, Saint-Paul-de-Vence is, understandably, an extremely popular destination on the French Riviera. It sits enclosed within its ring of sturdy ramparts, overlooking the surrounding hills covered in flowers, vines and olive trees. Bougainvillea and creepers gracefully cling to the old stone buildings. Art galleries and excellent restaurants abound, but wander the lanes in the early morning or late evening and you understand the enchantment that attracted so many legendary names to this historic village. 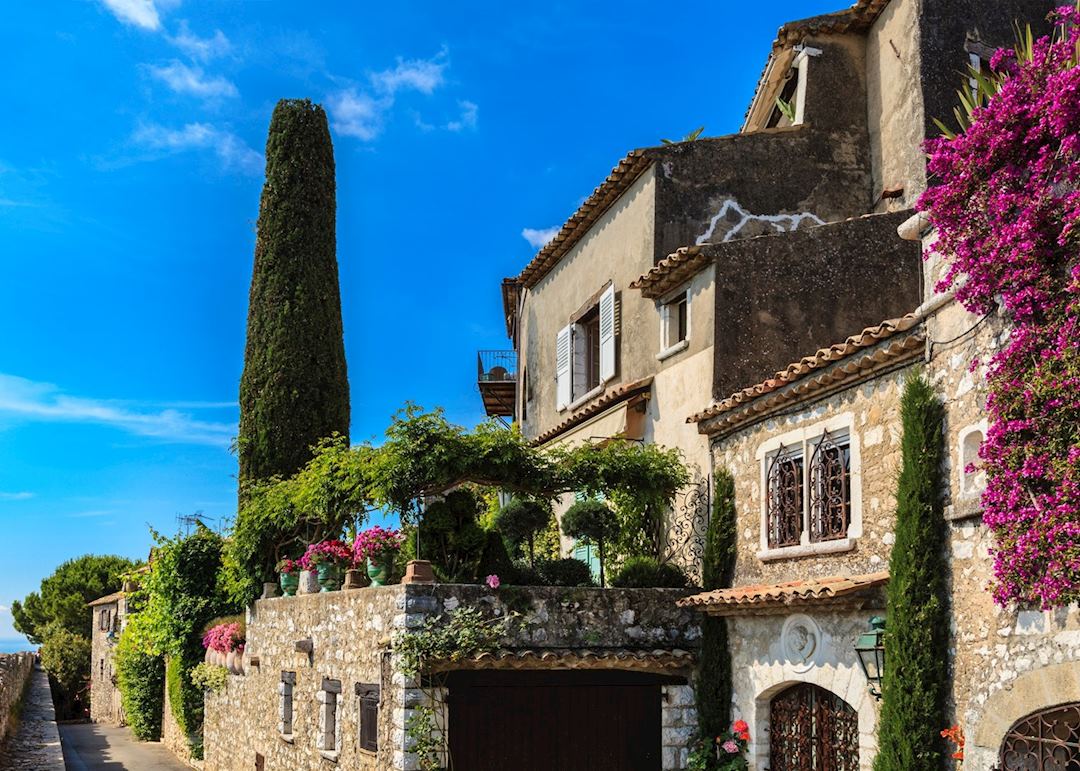 Start planning your trip to Saint-Paul-de-Vence