Commanding a strategic position on a spur of rock teetering above the French Riviera, Èze is a remarkably well-preserved medieval village that lures visitors with its picturesque streets and sea views. This fortified stronghold, set between Nice and Monaco, was prized by the Phoenicians, Romans, Moors and, later, the House of Savoy, all in an attempt to control the coastline below.

The village is set on an outcrop 427 m (1,401 ft) above the sea. Even the journey to get here, which twists and turns along a road that follows the contours of the hillside, offers far-reaching views of the surrounding countryside, Saint-Jean-Cap-Ferrat and the glittering sea and the bobbing yachts below. 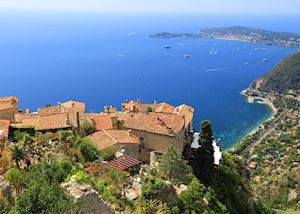 Once you arrive in the village, the pace changes. A far cry from the glitz of Cannes or Monaco, Èze is like an open-air museum, its ancient buildings and tiny streets little changed in centuries.

Èze’s narrow, winding streets and tiny alleyways are lined with rickety old houses with sloping roofs, art galleries and cafés. As you wander down alleys barely wide enough for two people to pass, you're eventually likely to walk under an archway and out into a hidden square or a terrace offering views of the coastline.

Ancient stone steps lead to meandering streets, where boutiques and perfume shops alternate with cascading showers of bougainvillea, while quiet courtyards with trickling fountains offer a respite from the sun. The village fans out to cover every inch of the hilltop, and everywhere you stroll you're treated to hidden views that only reveal themselves at the last minute.

At the village’s summit lie the ruins of a 12th-century castle. These are now surrounded by the Jardin Exotique d'Èze, a collection of more than 400 cacti as well as xerophytes, other succulents, citrus trees and exotic plants from all over the globe. Between the plants, narrow paths cling to the hillside and link stairways and lookouts that provide coastal views, the skyline only punctuated by towering saguaro cacti.

The only other specific sight of interest is the 18th-century village church, which stands on the foundations of an earlier 12th-century structure. Inside, Baroque trompe l'oeil paintings decorate the walls.

Èze is, unsurprisingly, a very popular destination in midsummer, when crowds of day trippers throng the narrow streets. But come early in the morning, late in the evening or, better still, stay overnight, and you'll discover this glorious village at its best. 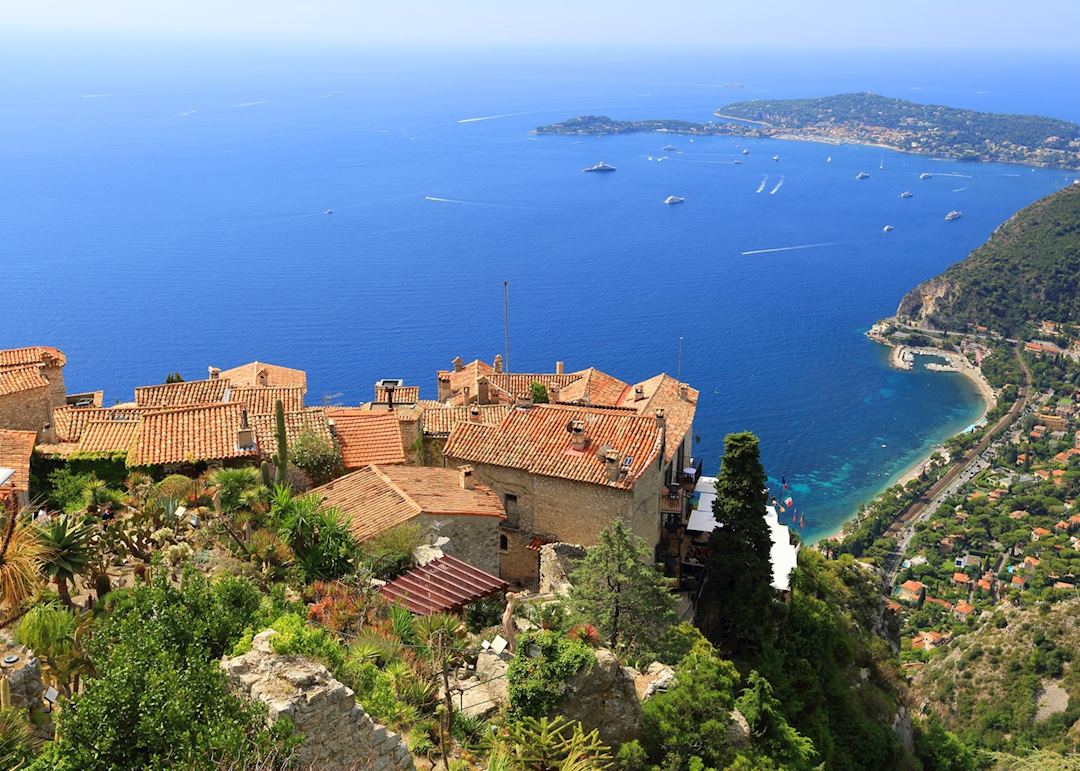 Start planning your trip to Èze

We’ve selected a range of accommodation options for when you visit Èze. Our choices usually come recommended for their character, facilities and service or location. Our specialists always aim to suggest properties that match your preferences.