The Théâtre Antique d'Orange, at the edge of the central town, is one of the best preserved of the great Roman theatres in the world. Its sheer scale as well as its remarkable condition is astounding. 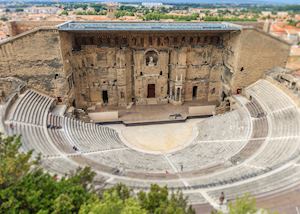 The theatre was built under Emperor Augustus in the 1st century AD but closed by official edict in 391 when the Christian church disapproved of its uncivilised performances. Today, you can soak up the atmosphere and experience this ancient site at one of the summer spectacles hosted there.

The town's medieval heart is dominated by the massive Roman theatre wall, the only one in the world still standing. At 37 m (121 ft) high and 103 m (338 ft) long, it’s unmissable. The theatre was restored in the 19th century, having been used as a fort, prison and tenement since its closure. Although many of its decorative features such as friezes and statues are lost, it remains largely intact. 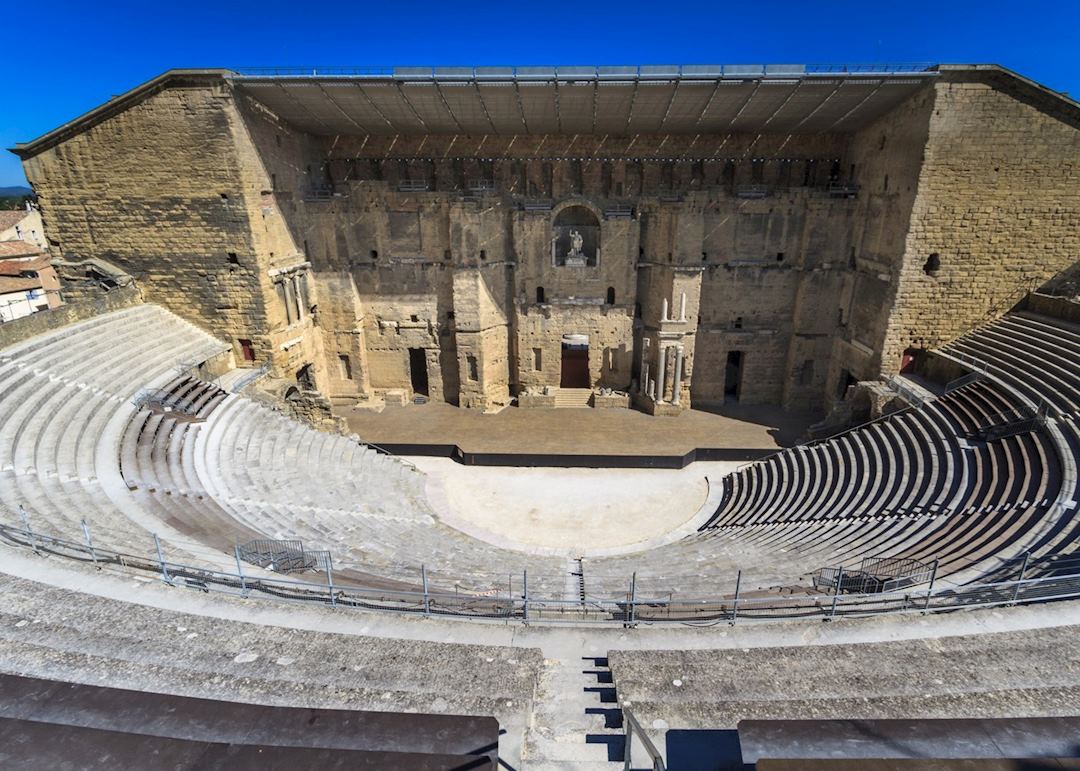