Watching over the Loire from a high bluff, the Château de Chaumont-sur-Loire dominates its little village. The original castle on the site was constructed in the 10th century but was razed to the ground by Louis XI in 1455. Reconstructed in the fashionable style of the day with round towers and a Renaissance courtyard, it remains largely unchanged since that time. Our France specialists have explored the chateaux of the Loire and can help plan your trip to Chaumont, or its regal rivals, taking your personal interests into account.

The present castle was built between 1468 and 1566 and surrounds three sides of a Renaissance-style courtyard. Originally, the courtyard was enclosed but the fourth side was removed in 1739 to give a better view of the river below.

Diane de Poitiers, the mistress of King Henri II, was exiled to the chateau following her lover’s death in 1559. Taking revenge on her rival, the king’s widow, Catherine de Médici, consigned Diane here in exchange for the more impressive Château de Chenonceau.

Although Chaumont isn’t the most lavishly furnished castle in the region, it is impressive nonetheless. The decor dates largely from the 19th century, though some of the rooms on the first floor are decorated in Renaissance style.

You enter through the grand salon and library, with their 16th-century Flemish tapestries, and then proceed up a spiral staircase to the guard room above the drawbridge. There is a small hexagonal chapel with vivid blue, red and gold stained glass and a council chamber with majolica floor tiles taken from a 17th-century Sicilian palace and 16th-century tapestries depicting the heavens.

Outside, you can visit the brick stables. They were added in the 19th century by Prince Amédée de Broglie and had electric light and running water, a luxury not afforded to even the most lavish chateaux at the time. The stables display a large collection of equestrian equipment, including several carriages.

Chaumont’s gardens are fashioned in the English landscape style with only hints of formality. They play host to the International Garden Festival, one of France's biggest garden events, from April until October each year. From hundreds of proposals submitted by landscape architects, designers and artists from around the world, 30 are chosen to create a garden based around an annually changing theme. During the summer months, you can visit the gardens by night, as well as in the day, when they and the castle are illuminated, the latter by the glow of more than 2,000 candles. 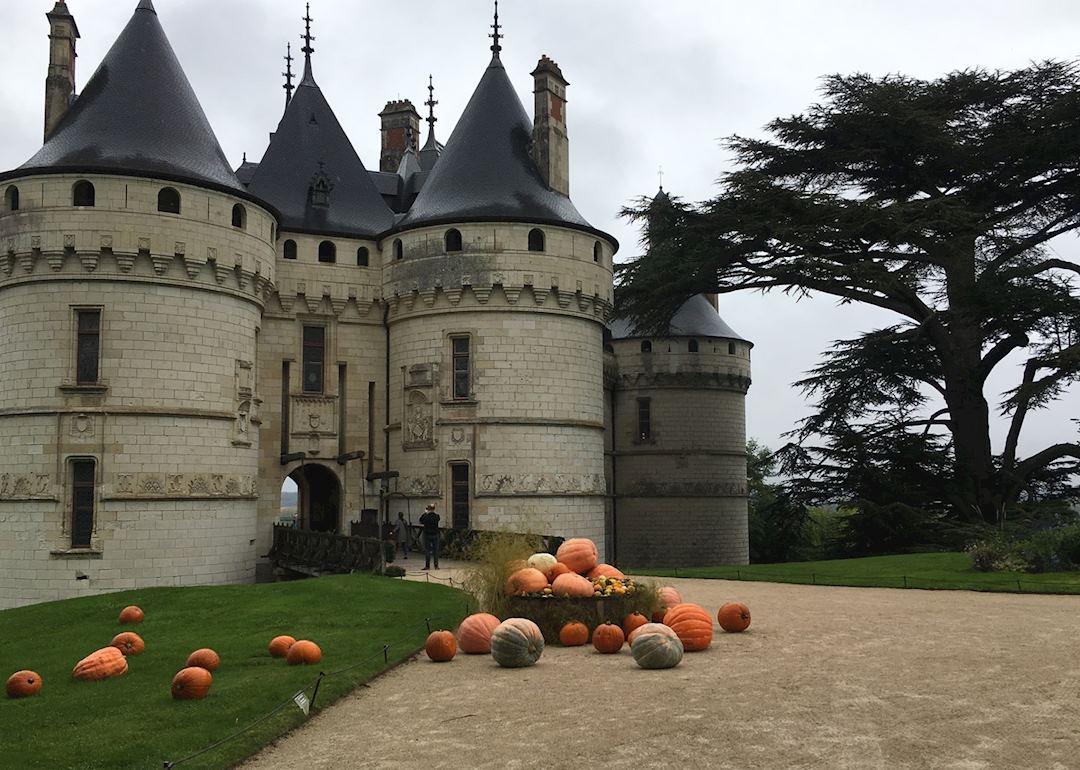