Unlike many of the grand chateaux of the Loire Valley, Cheverny has had a rather tranquil history and has remained in the same family for more than 600 years. Consequently, its interiors retain most of their original furnishings, artworks and tapestries, and offer a glimpse into the intricacies of 17th-century aristocratic French living.

Little, it seems, has changed here in centuries. Descendants of the original owner, Henri Hurault de Cheverny, still live in the chateau, hunt in the parkland and manage the sprawling estate in an astonishing throwback to an age and lifestyle long lost elsewhere in Europe.

I like that Château de Cheverny was the model for Captain Haddock’s castle in Tintin, but what I really love about it is that a family still lives there, a rarity for historic chateaux.

Things to see and do in Château de Cheverny

The elegant proportions and harmonious design of the Château de Cheverny reflect the apogee of French classical architecture. The chateau was built in the early 17th century and its rooms are sumptuously furnished. Little has been removed over the centuries, and the furnishings and fittings give a vivid impression of the fashions, wealth and lifestyle of the times. Rooms feature original furniture and tapestries, gilt-framed oil paintings and examples of clothing worn by the residents.

The formal dining room is decorated with panels depicting the story of Don Quixote. In the king's bedchamber, the murals and tapestries reflect Greek mythological stories, while the arms room has a remarkably well-preserved Gobelin tapestry. You can also see the children's playroom and countless examples of artworks by all the leading painters of the age.

Belgian artist Hergé based his design of Marlinspike Hall, home of Captain Haddock in The Adventures of Tintin, on Cheverny. In his cartoons, he removed the chateau's two outer wings but otherwise copied its design faithfully.

In the chateau's outbuildings you can visit an exhibition on the comic-book hero that places you in the world of the boy reporter with the help of vivid special effects.

English-style parkland with magnificent cedars, redwoods and lime trees surround the chateau. Giant sequoias planted in the 1870s tower over the lawns while the dense woodland plays host to regular deer hunts, much as it would have done for centuries. You can visit the estate's kennels, which house about 100 hounds, and see the dogs being fed daily at 5pm. 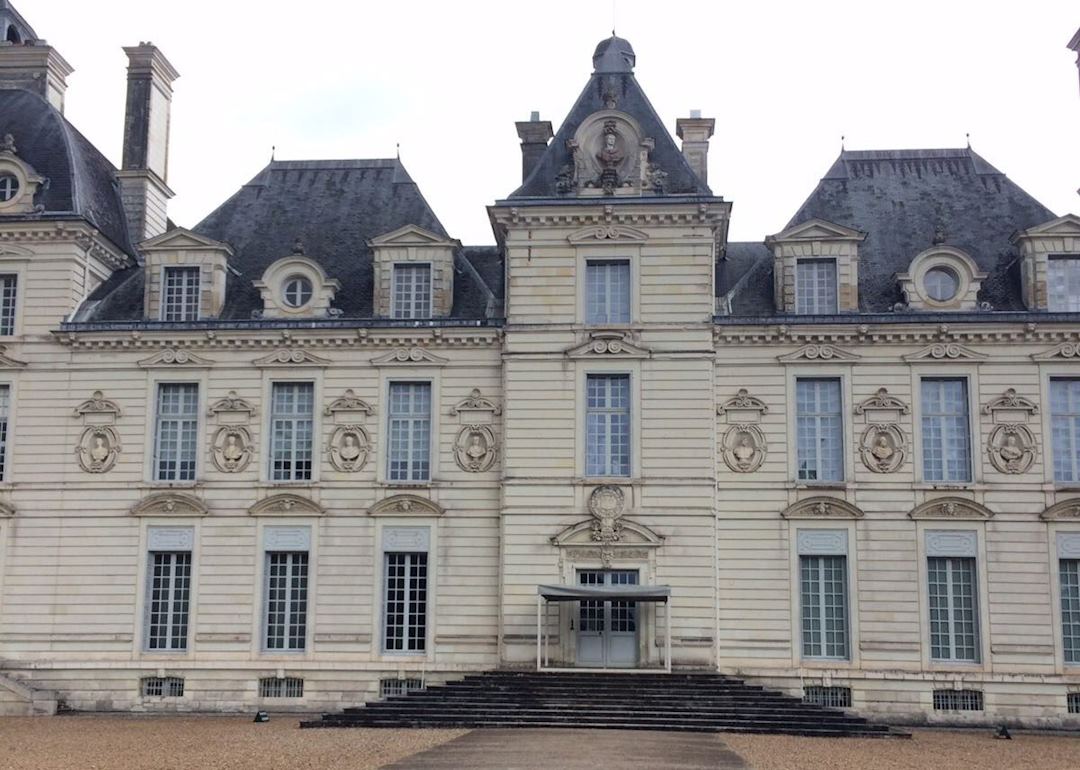