It is easy to travel around Australia's second-largest city, with its extensive network of rail and bus routes, along with its iconic trams. Outside the city centre you can explore the beautiful sylvan Dandenong Hills to the north, and the beaches of St. Kilda to the south. Whatever your tastes and interests, Melbourne is a sophisticated, vibrant and dynamic city that offers plenty of attractions for all. 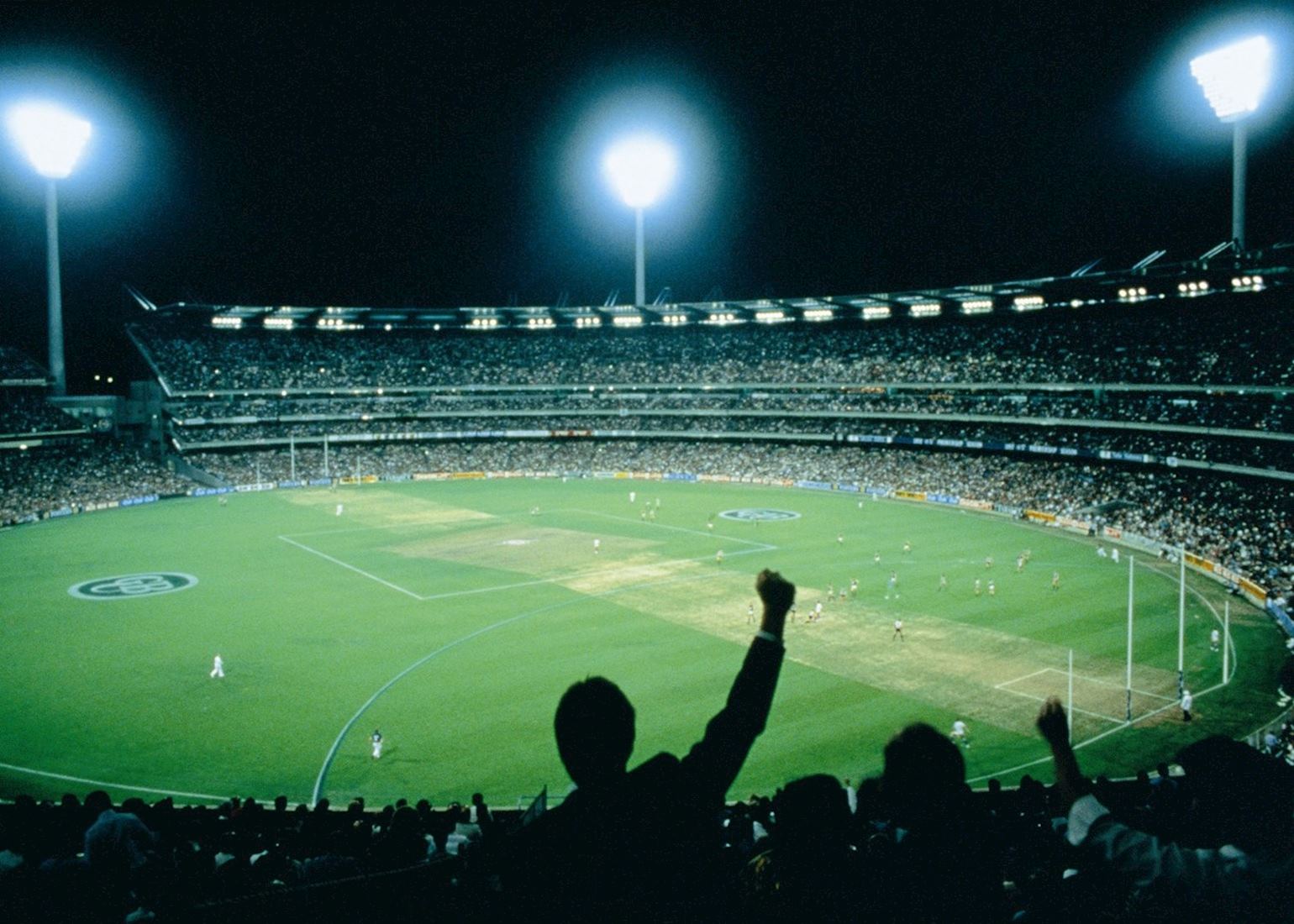 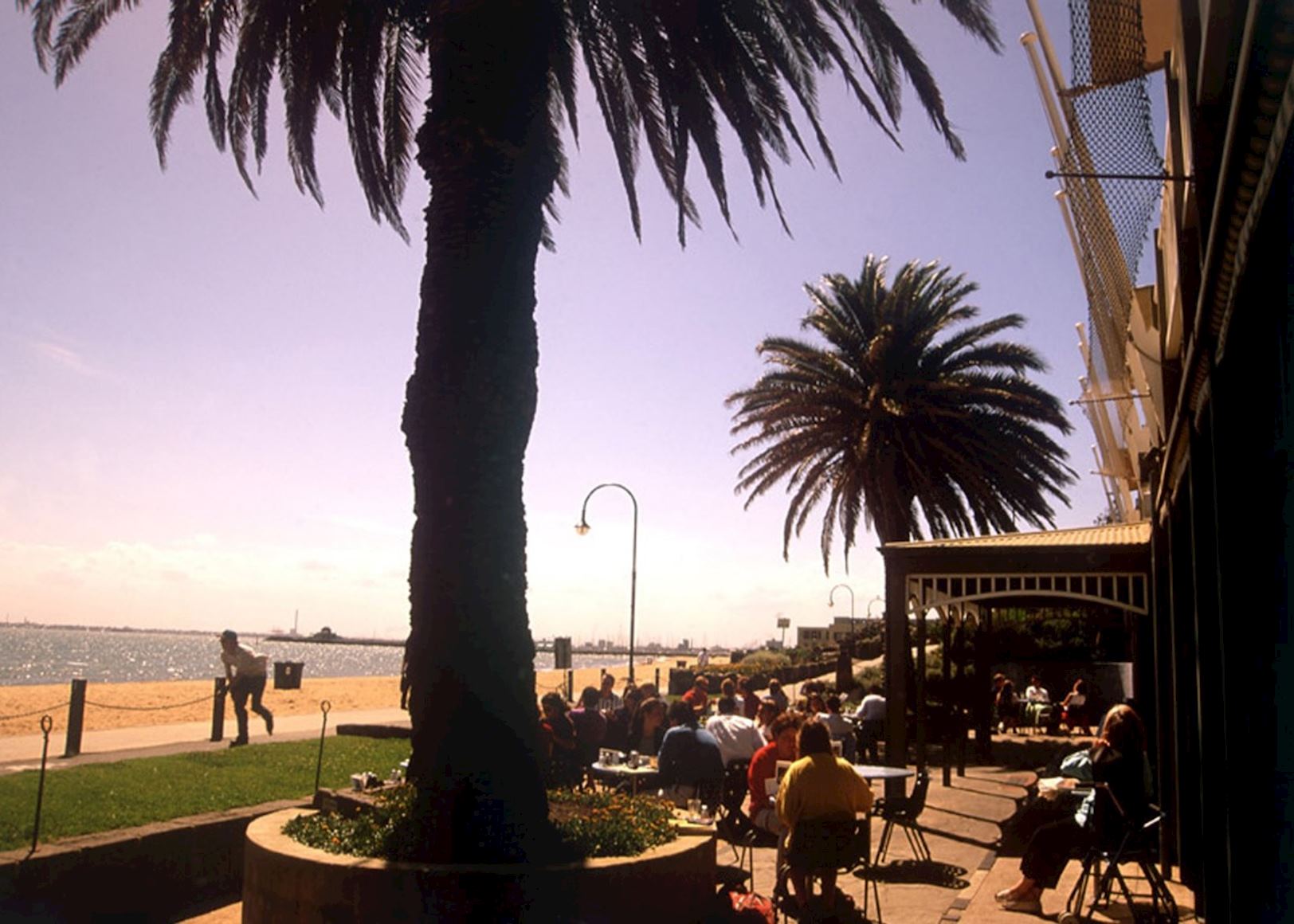 St. Kilda is situated on one of the most picturesque points of the coast, just a short distance from the centre of Melbourne. Back in the first half of the twentieth century, St Kilda was one of the most fashionable suburbs of Melbourne with grand homes and affluent residents. Today, its glorious beaches, busy cafés and restaurants, St. Kilda Botanic Gardens and the historic Luna Park funfair (complete with antique carousel and the world's oldest roller coaster), have ensured this seaside suburb is enjoying a resurgence of popularity.

The city's main thoroughfare, Collins Street, is also one of its most elegant, with illuminated plane trees and smart European boutiques. Venerable Victorian buildings include the Scots' Church, the Athenaeum and Regent theatres and the flamboyant Gothic revival architecture of the Olderfleet Building. Block Arcade is a beautifully intact 19th-century shopping arcade while the Melbourne Observation Deck offers spectacular 360-degree views of the city. Nearby, Spring Street houses the Parliament House of Victoria while one of Melbourne’s iconic buildings, Flinders Street Station, remains the hub of the city’s extensive tram and rail network. 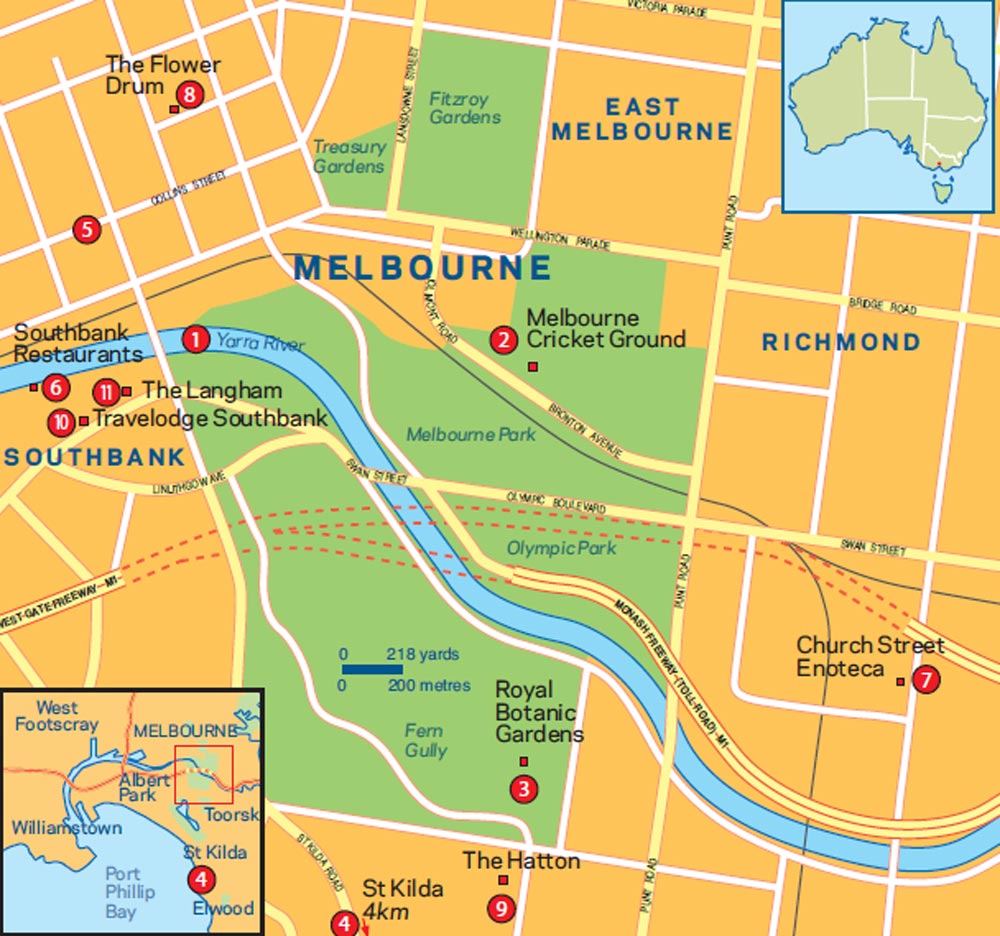 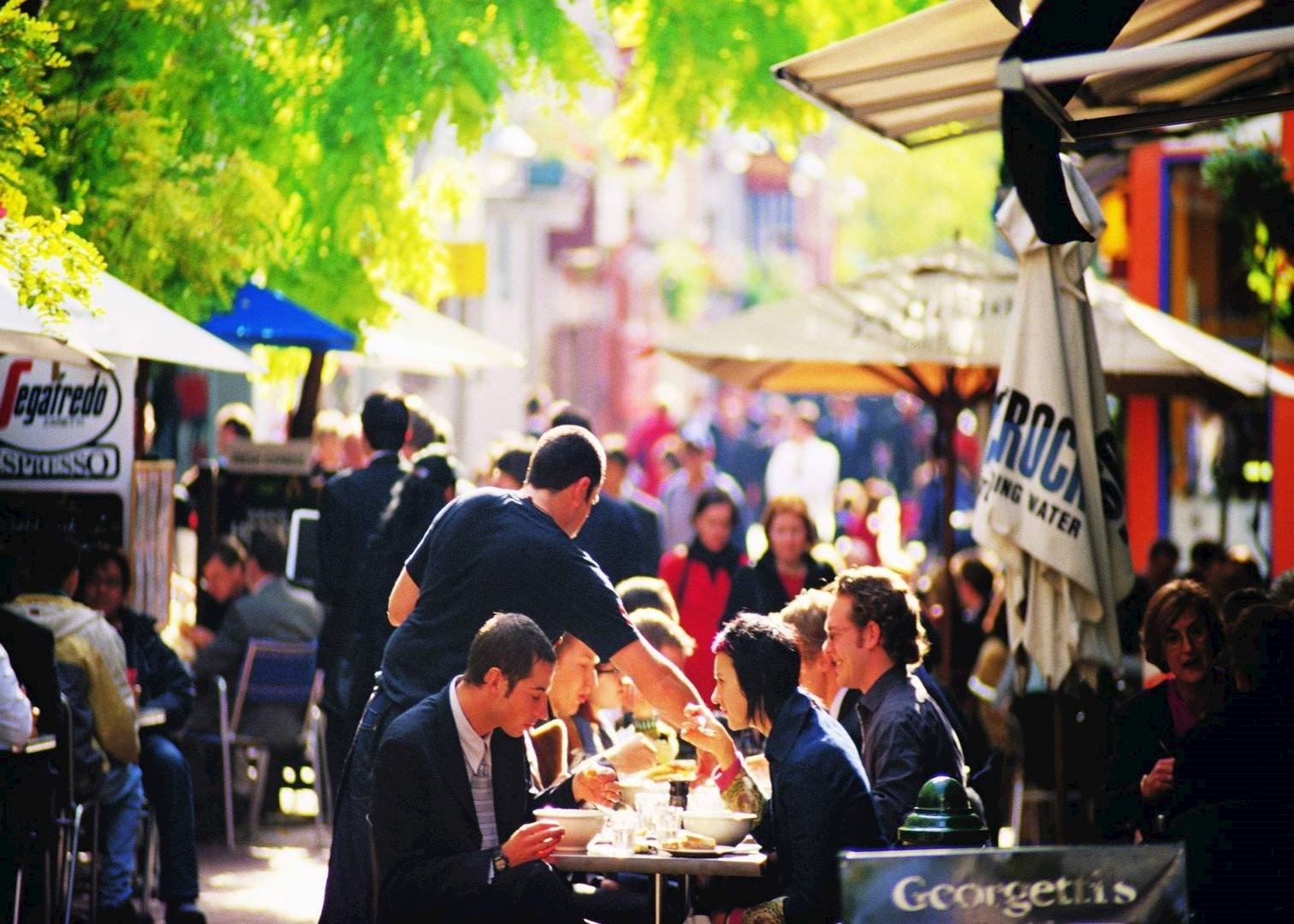 Constructed as the prestigious Melbourne Hotel in 1902, today the Hatton maintains charming original features juxtaposed with vibrant colours to create a contemporary mood alongside traditional antiques. Guest rooms are stylish, and facilities include a lounge bar and a roof terrace with panoramic views of Melbourne.

Yes, a Travelodge but fantastically located, ideally placed for exploring the Southbank areas as well as the city centre. All rooms come with a kitchenette, microwave, fridge, and tea and coffee-making facilities. 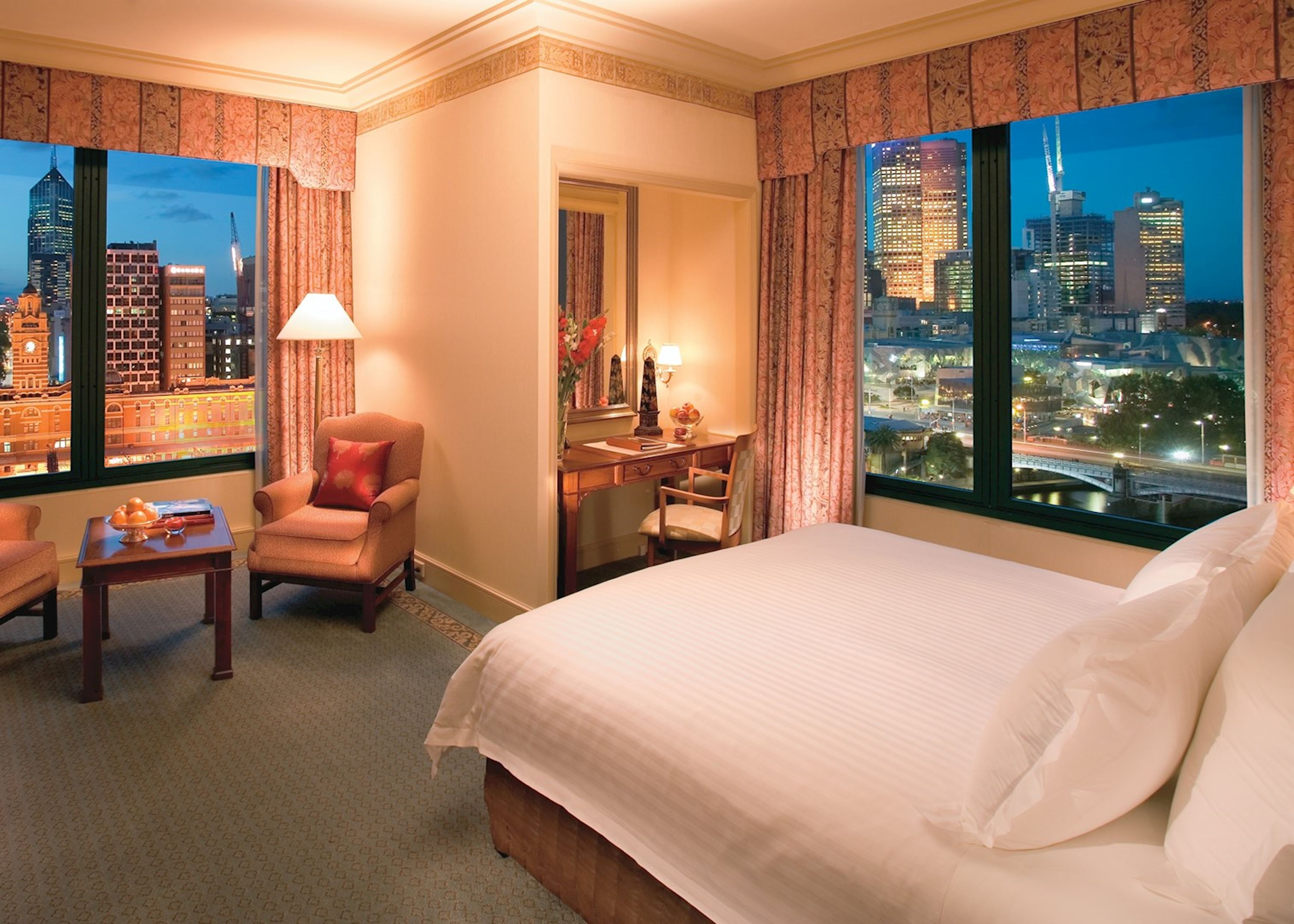 The Langham is the centrepiece of Melbourne’s sophisticated and cultural heart, offering guests panoramic views of the Yarra River and city skyline. Rooms are lavishly appointed with every facility you could want.