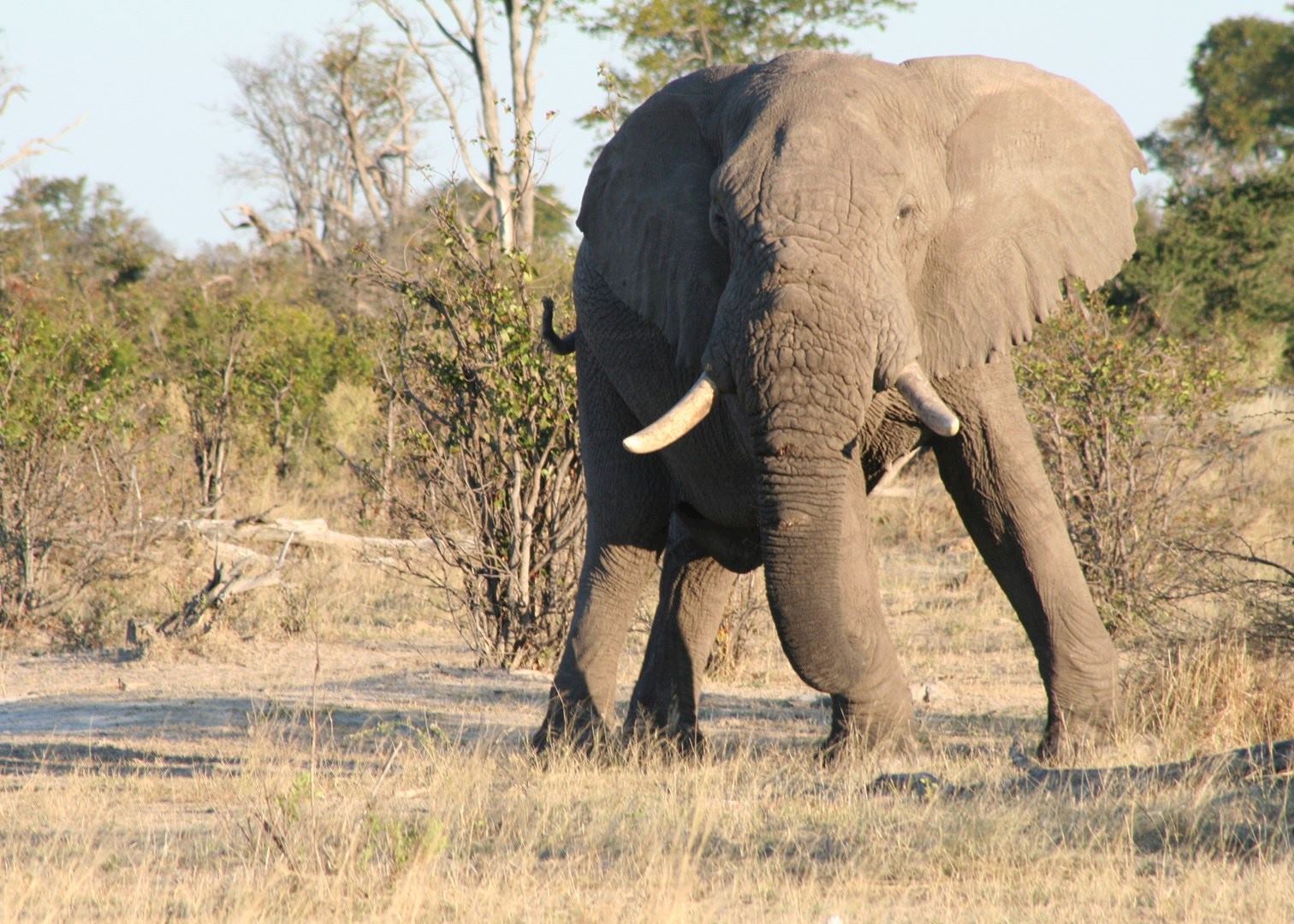 Although predominantly a dry land concession, when the floodwaters arrive in June mokoro trips become possible, allowing you to float through the channels of the Santantadibe River amongst swallowtailed bee-eaters, giant kingfishers and waterlilies. 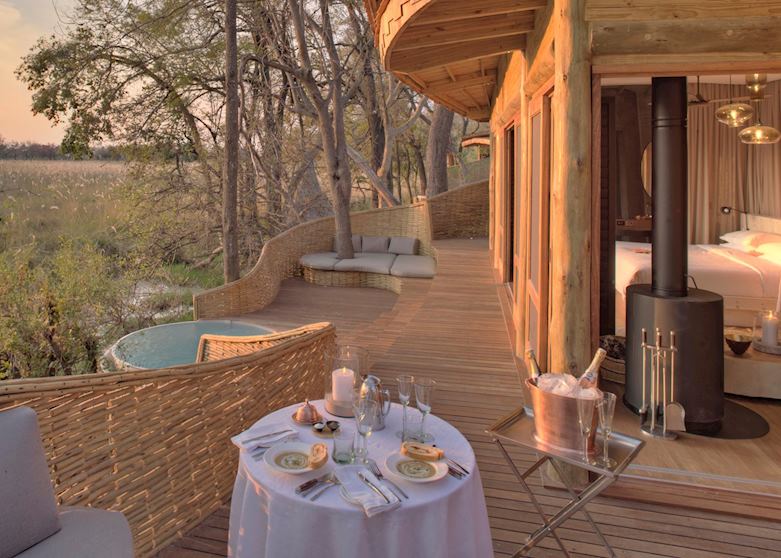 Inspired by the armoured body of a pangolin, the Sandibe Lodge blends seamlessly into its Okavango Delta surroundings. The location offers extraordinary wildlife viewing, either on foot or during game drives, complemented by welcoming local hospitality. 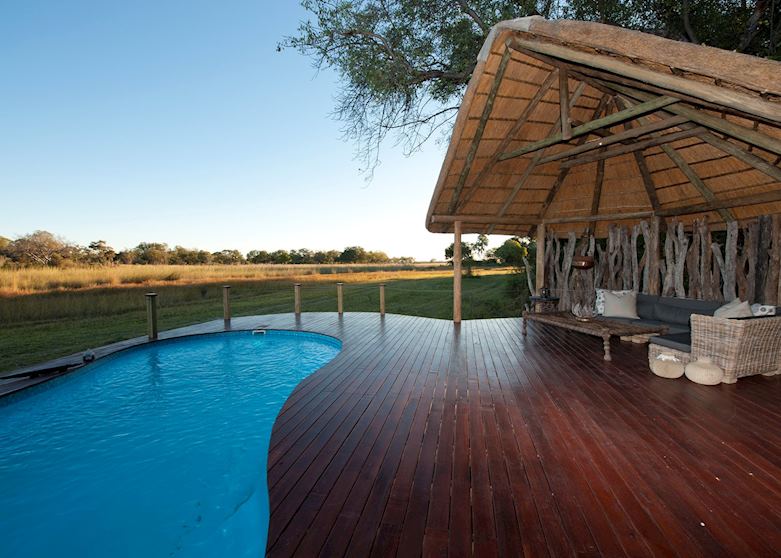 An intimate, friendly camp in the Chitabe Concession that provides a variety of habitats for a diverse range of wildlife, making it a great base for your stay in this beautiful wilderness. 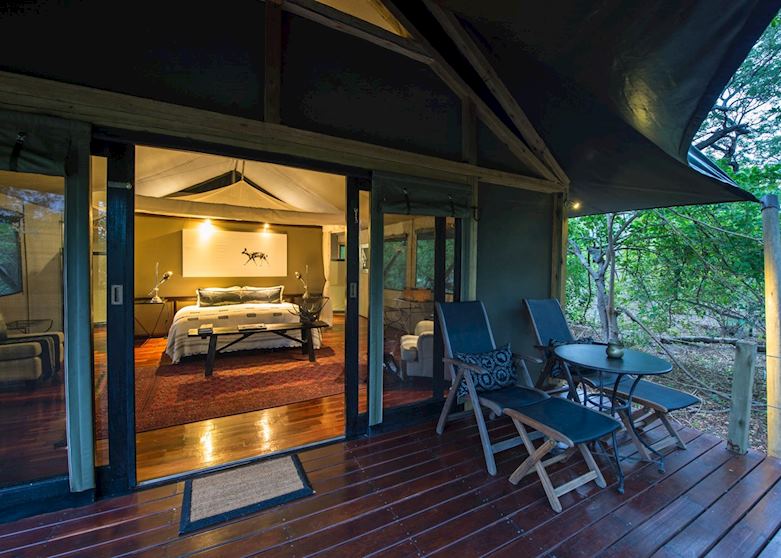 Chitabe Camp is situated on a palm island, surrounded by open grassland. There's a small pool with squashy sunloungers and big umbrellas, perfect for the heat of the day. Chitabe also offers game drives and walks.