Tsavo National Park covers an area of 20,807 sq km and is Kenya's largest wildlife stronghold. The park is bisected by the main Nairobi–Mombasa road and railway. The portion lying north of the road is known as Tsavo East and the portion to the south, Tsavo West.

Tsavo East is the larger of the two covering just over 12,000 sq km although much of the area north of the Galana River is closed to the public. The Southern section of the park is very accessible with a good network of dusty tracks. Certain sections around the Voi Gate can be pretty busy with traffic but the park is so vast that it is possible in other areas to drive several hours without seeing another vehicle.

The terrain is not as varied as in West Tsavo but switches between open plains, semi arid acacia scrub and woodlands. The most scenic section is along the Galana River which flows throughout the year and provides a corridor of lush greenery among a frequently harsh and arid landscape. At Lugard Falls the entire river disappears into a rocky grove so narrow that it is possible to stand astride the cleft with the Falls immediately below.

Tsavo is not a reserve to come and tick off large numbers of big game. Rather, it is about relaxing and enjoying the animals and birds in a true wilderness. Elephants in big herds are possibly the main attraction of the park with many converging on the rivers and waterholes to drink in the dry season. Many of these elephants are "red", and this unusual color is created by taking dust baths in the brick-red earth. Lions are not uncommon and it is also a good park to see lesser kudu as well as buffalo, common waterbuck, eland, gerenuk, fringe-eared oryx, impala and Maasai giraffe. 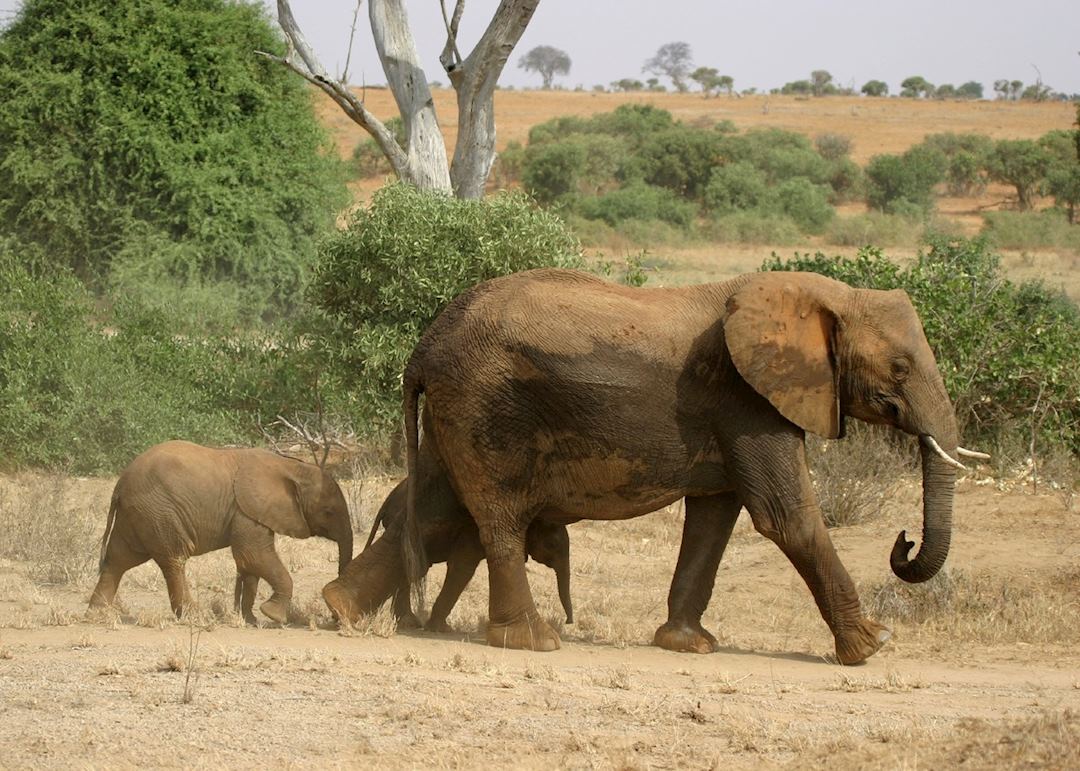